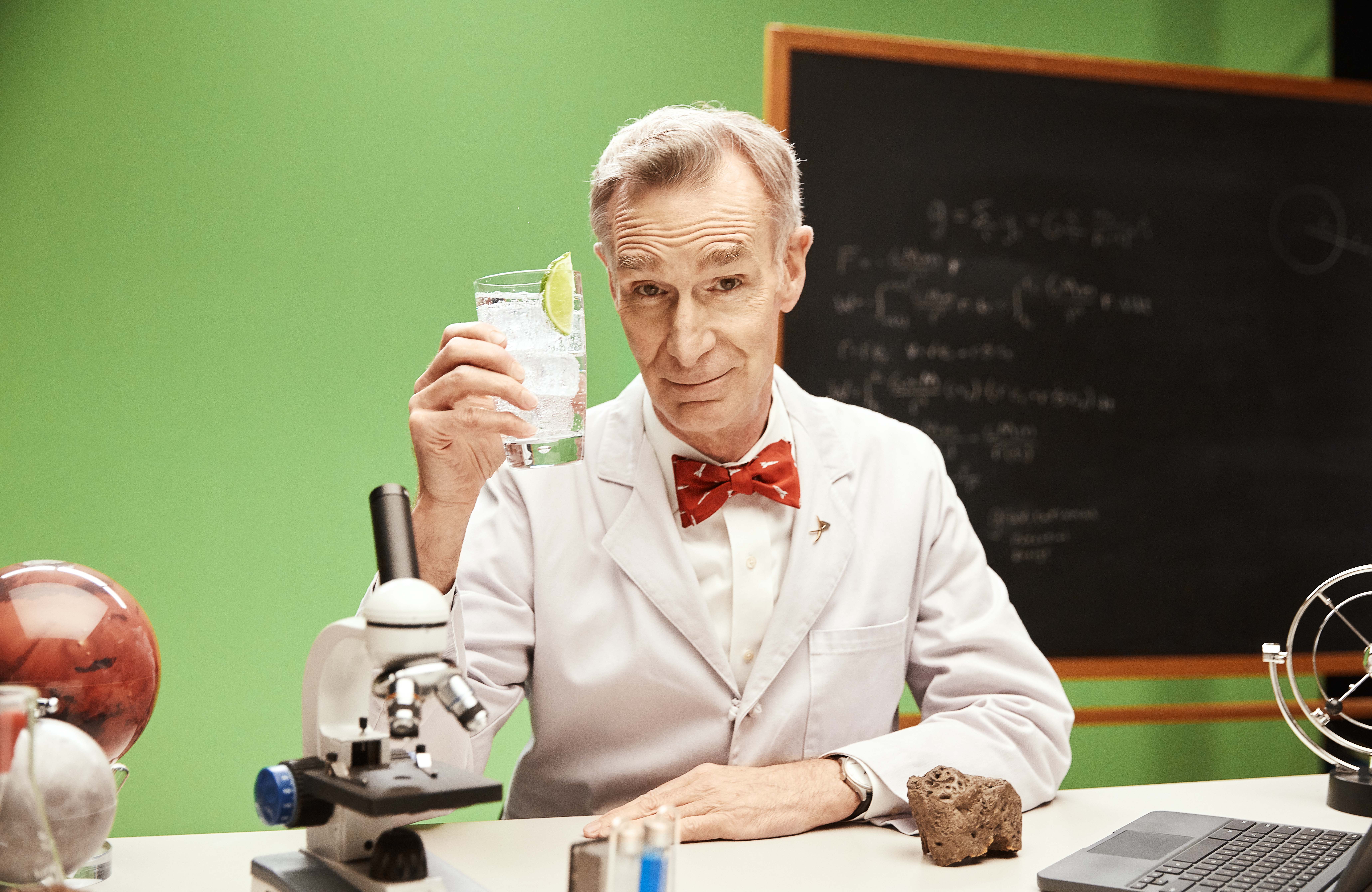 This Sunday (Feb. 2), you’ll be able to spot everyone’s favorite “science guy” in between football-watching as Nye is set to appear in a new advertisement for SodaStream during the Super Bowl. While we await the space-y, bubbly ad, the company has released a teaser video to give us a taste of what we can expect. This is the first time in six years that SodaStream will air an ad during the Super Bowl.

The teaser video starts with Nye wearing his signature bow tie and lab coat, sitting at what appears to be either a desk or a lab bench, with a chalkboard full of equations behind him and a litany of science paraphernalia surrounding him (think beakers, planet models, microscopes, model rockets and the like).

Related: How Living on Mars Could Challenge Colonists (Infographic)

He sips a glass of seltzer as he begins, “is Mars worthy of exploration? Absolutely, but scientifically speaking, sending humans to Mars is still pretty far off.”

A person off-screen whispers something incomprehensible to Nye, who, surprised, turns to the camera and says “I may be wrong about that.” The screen then cuts to text that reads “something big is bubbling 2.02.2020.”

This teaser was followed up by another video advertisement on Thursday (Jan. 30). This time, humans have landed on Mars and, even more, they’ve found water. “This changes everything,” Nye says in the video.

But, a hilarious mishap ensues when a member of the crew accidentally puts the water into a SodaStream machine, carbonates it and takes a sip. “That was the Mars water,” a crewmate responds, horrified.

The video ends with text on the screen, floating above planet Earth, which reads “this is a fictional story. For now. By 2025, SodaStream will eliminate 67 billion single-use bottles on this planet, so we won’t have to go looking for a new one.”

This line refers to the concept that humans might one day move to Mars as a “planet b,” if we, as a species, can no longer survive on Earth.

Stay tuned to see what else Nye might have up his lab coated sleeve this Sunday. The ad is set to air right before the half-time show, during which Jennifer Lopez and Shakira will perform. This is the first time in six years that SodaStream will air an ad during the Super Bowl.