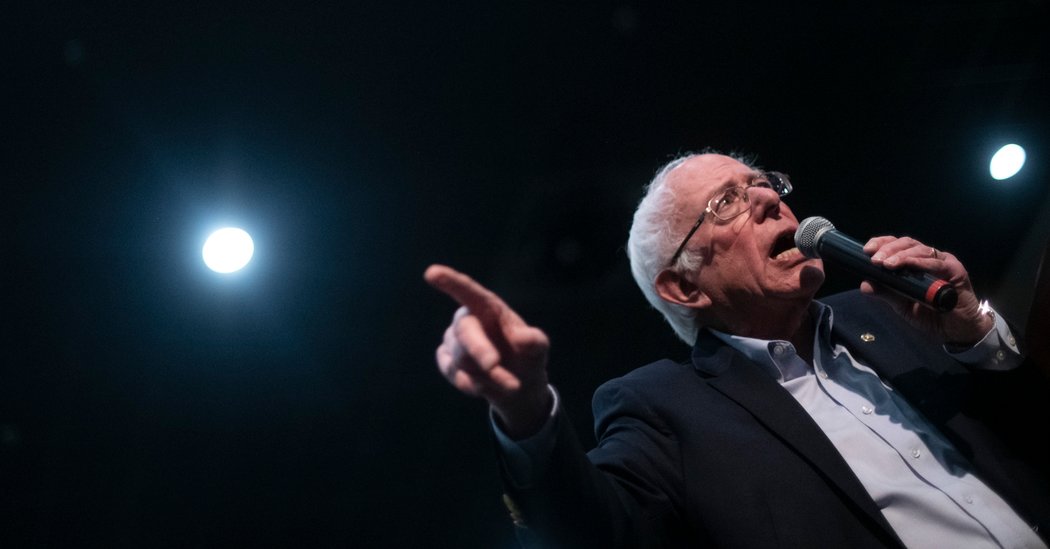 Watching “Succession,” the HBO show about the most despicable plutocrats to seize the public imagination since the Trumps were forced on us, made me want to tax the ultrarich into a homeless shelter. And it almost made a Bernie Bro of me.

That’s the thing about class loathing: it feels good, a moral high with its own endorphins, but is ultimately self-defeating. A Bernie Sanders rally is a hit from the same pipe: Screw those greedy billionaire bastards!

Sanders has passion going for him. He has authenticity. He certainly has consistency: His bumper-sticker sloganeering hasn’t changed for half a century. He was, “even as a young man, an old man,” as Time magazine said.

But he cannot beat Donald Trump, for the same reason people do not translate their hatred of the odious rich into pitchfork brigades against walled estates.

The United States has never been a socialist country, even when it most likely should have been one, during the robber baron tyranny of the Gilded Age or the desperation of the Great Depression, and it never will be. Which isn’t to say that American capitalism is working; it needs Teddy Roosevelt-style trustbusting and restructuring. We’re coming for you, Facebook.

The next month presents the last chance for serious scrutiny of Sanders, who is leading in both Iowa and New Hampshire. After that, Republicans will rip the bark off him. When they’re done, you will not recognize the aging, mouth-frothing, business-destroying commie from Ben and Jerry’s dystopian dairy. Demagogy is what Republicans do best. And Sanders is ripe for caricature.

I’m not worried about the Russian stuff — Bernie’s self-described “very strange honeymoon” to the totalitarian hell of the Soviet Union in 1988, and his kind words for similar regimes. Compared to a president who is a willing stooge for the Russian strongman Vladimir Putin, a little vodka-induced dancing with the red bear is peanuts.

Nor am I worried about the legitimate questions concerning the candidate’s wife, Jane Sanders, who ran a Vermont college into the ground. Again, Trump’s family of grifters — from Ivanka securing her patents from China while Daddy made other promises to Beijing, to Don Jr.’s using the White House to leverage the family brand — give Democrats more than enough ammunition to return the fire.

No, what will get the Trump demagogue factory working at full throttle is the central message of the Sanders campaign: that the United States needs a political revolution. It may very well need one. But most people don’t think so, as Barack Obama has argued. And getting two million new progressive votes in the usual area codes is not going to change that.

Give Sanders credit for moving public opinion along on a living wage, higher taxes on the rich and the need for immediate action to stem the immolation of the planet. Most great ideas start on the fringe and move to the middle.

But some of his other ideas are stillborn, or never get beyond the fringe. Socialism, despite its flavor-of-the-month appeal to young people, is not popular with the general public. Just 39 percent of Americans view socialism positively, a bare uptick from 2010, compared to 87 percent who have a positive view of free enterprise, Gallup found last fall.

What’s more, American confidence in the economy is now at the highest level in nearly two decades. That’s hardly the best condition for overthrowing the system.

Medicare for all, once people understand that it involves eliminating all private insurance, polls at barely above 40 percent in some surveys, versus the 70 percent who favor the option of Medicare for all who want it. Other polls show majority support. But cost is a huge concern. And even Sanders cannot give a price tag for nationalizing more than one-sixth of the economy.

A ban on fracking is a poison pill in a must-win state like Pennsylvania, which Democrats lost by just over 44,000 votes in 2016. Eliminating Immigration and Customs Enforcement, another Sanders plan, is hugely unpopular with the general public.

Sanders is a rigid man, and he projects grumpy old man rigidity, with his policy prescriptions frozen in failed Marxist pipe dreams. He’s unlikely to change. I sort of like that about his character, in the same way I like that he didn’t cave to the politically correct bullies who went after him for accepting the support of the influential podcaster Joe Rogan.

Democrats win with broad-vision optimists who still shake up the system — Franklin Roosevelt, of course, but also Obama. The D’s flipped 40 House seats in 2018 without using any of Sanders stringent medicine. If they stick to that elixir they’ll oust Trump, the goal of a majority of Americans.

Democrats lose with fire-and-brimstone fundamentalists. Three times, the party nominated William Jennings Bryan, the quirky progressive with great oratorical pipes, and three times they were trounced. Look him up, kids. Your grandchildren will do a similar search for Bernie Sanders when they wonder how Donald Trump won a second term.

Timothy Egan (@nytegan) is a contributing opinion writer who covers the environment, the American West and politics. He is a winner of the National Book Award and author, most recently, of “A Pilgrimage to Eternity.”