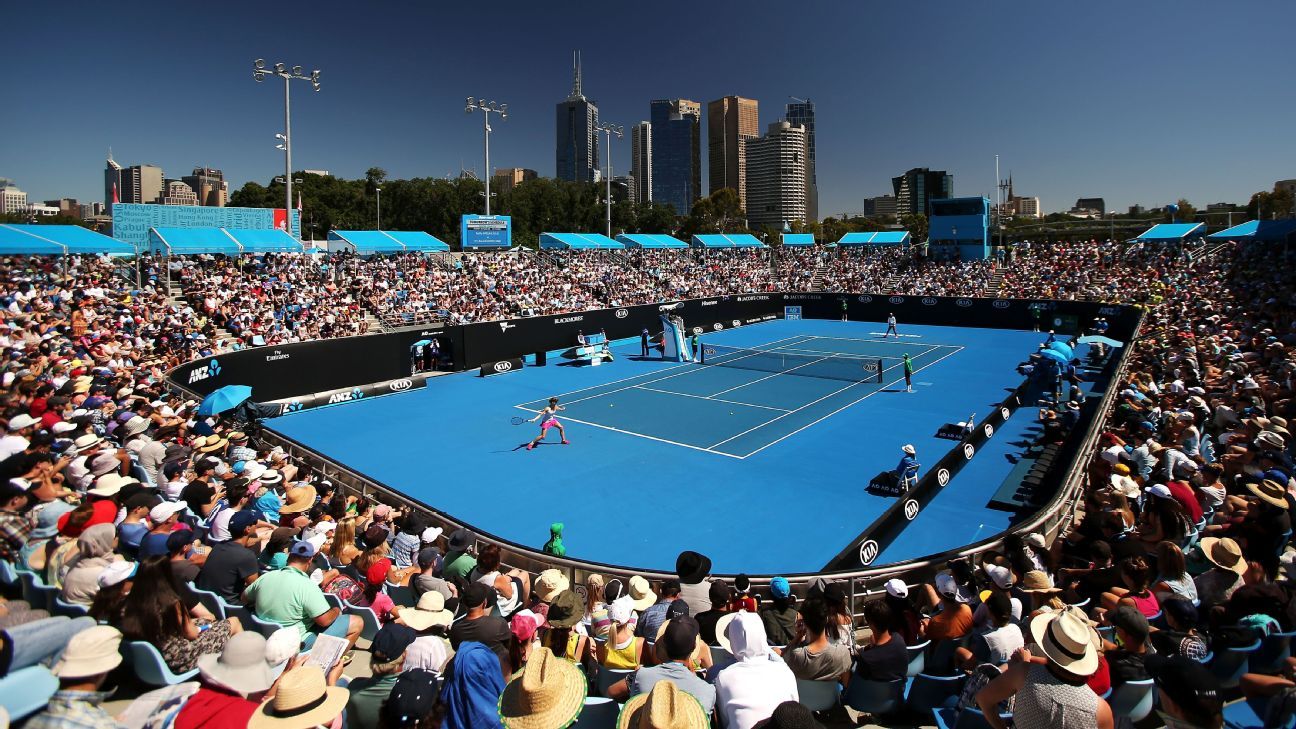 In 2019, the tournament ditched its Wet-Bulb Globe Temperature measure and introduced a new heat stress scale to determine whether conditions are safe enough for play. The heat stress scale factors in air temperature, humidity, radiant heat and wind speed, giving a reading from 1 to 5.

If the reading hits 3, players are encouraged to increase hydration and apply a number of cooling strategies. At 4, the tournament referee has the ability to offer extended breaks between sets, while at 5, play would be suspended.

At 2 p.m. local time Friday, the reading reached the maximum, meaning all junior, doubles and wheelchair matches on outdoor courts were suspended. The roof on Rod Laver Arena was closed to allow for the two mixed doubles semifinals to be played.

Temperatures in Melbourne later cooled slightly to 100 F (38 C) as the second men’s semifinal between Dominic Thiem and Alexander Zverev began at 7:45 p.m.

The heat stress scale reading also dropped to 3.4, allowing outdoor play to resume and the Rod Laver Arena roof to be opened ahead of the men’s semifinal.