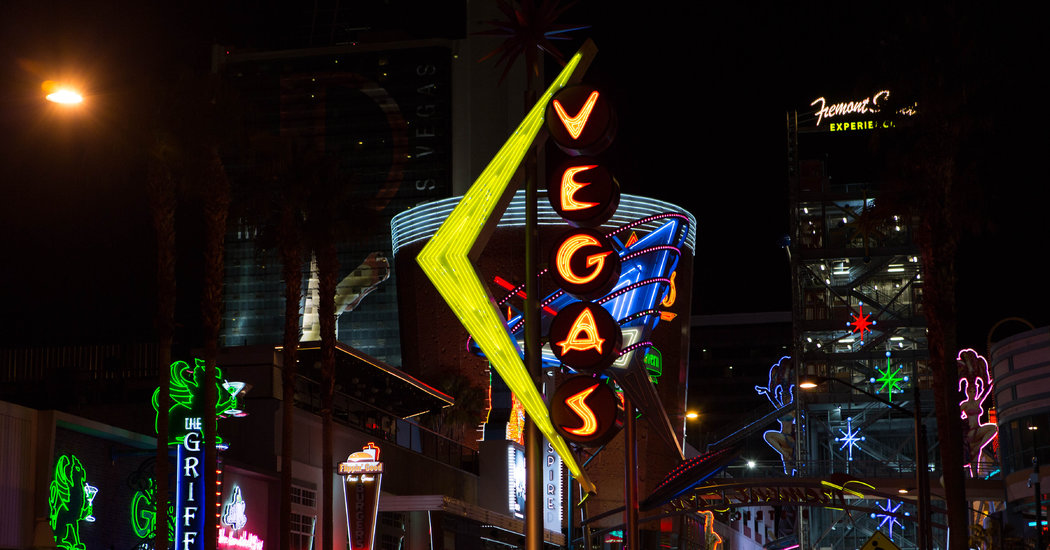 I have spent a lot of money in Las Vegas, and I don’t gamble much. I’ve paid $250 for a Cirque du Soleil ticket, taken a gondola down the faux canals of Venice for $60 and, on occasion, vastly exceeded my wine budget.

Las Vegas thrives on convincing visitors to splurge, which I considered when Lady Gaga opened her concert residency at the Park Theater. Recently, tickets for the back-row center balcony were selling for $466 (fans in the front row were paying $2,500).

Value, of course, is subjective. But price creep on the Strip, as the casino-lined stretch of Las Vegas Boulevard is known, is objective, as resort fees at several high-end casinos rose $6 to $45 a night this year. Rooms, food, drinks and entertainment are increasingly important money makers for casinos, where gaming revenue has fallen from nearly 62 percent in 1984 to a little under 43 percent in 2018, according to the University of Nevada, Las Vegas.

On a quest to find value, I spent three days riding buses, hunting for cheap and tasty eats, and sampling bargain entertainment. Here’s what I found.

There is one certain money-saver in Las Vegas: the bus. The city of endless traffic lights and taxi fleets is a tangle to transit. Even ride shares are expensive; I took an Uber less than one mile one evening and it cost $8.

But the bus system is affordable and reasonably efficient, especially if you stick to the Strip. A double-decker bus called the Deuce runs 24 hours between downtown and Mandalay Bay resort. A two-hour pass costs $6; an all-day pass costs $8.

I bought a $20 three-day pass and got access to the entire transit system, including a clean, spacious and uncrowded bus from the airport to the Strip, which paid off on that first ride.

Everything about taking the bus, of course, takes a little longer. I waited for 10 minutes at the airport terminal, rather than just hopping in a cab. After a few stops, I connected to a Strip-bound bus at the South Strip Transfer Terminal, a mass transit hub, which was easy to navigate.

The payoff to this relatively slow form of travel was a scenic ride past the Welcome to Las Vegas sign and other landmarks. Other than the Deuce, which can be dominated by tourists, most of the buses I rode were used by local workers and students, with a rare sprinkling of visitors.

Eat off the beaten path

On the suggestion of a friend, I bussed from the airport directly to Tacos El Gordo — a 60-minute trip (I missed the 108 bus, which gets there in about half the time). With roots in Tijuana, Mexico, the cheerfully crowded taco stand in a nondescript strip mall between downtown and the Strip features a row of meat carvers behind the counter, ready to shave spit-marinating pork into pliant corn tortillas ($2.60). Two tacos topped with chopped onions and cilantro made a bargain meal. I was lucky to get a table.

It’s not that you can’t eat cheaply on the Strip. Donald Contursi, the owner of Lip Smacking Foodie Tours, introduced me to several specials, including the $29 three-course lunch, which includes creamy Greek spreads such as tzatziki and grilled fish at Estiatorio Milos, and $5 happy hour appetizers at Mr. Chow. At Eataly, a bustling new food hall that anchors the Park MGM hotel in a space that could double as a train station, focaccia slices sold from $2.90.

But by wandering farther afield, I found intriguing and affordable food. Downtown, I wandered from the dimly lit Downtown Cocktail Room, lively with locals during “halfy hour,” when my $12 Paloma was $6 (Monday through Saturday 4 to 7 p.m.), to the new robata bar Hatsumi at Fergusons Downtown, a former motel now housing restaurants, shops and co-working spaces. Decorated in cartoon monsters, Hatsumi served skewered meats ($2 to $6 each) to the mostly under-40 urbanites who are repopulating downtown Las Vegas.

A friend who lives in another gentrifying neighborhood, the Arts District, guided me to Able Baker Brewing Company, an industrial spot with the brew kettles in the back named for the first two atomic bombs, Able and Baker, detonated at the Nevada Test Site north of town in 1951. Here we had juicy I.P.A.s (most pints, $5 to $8) and generous pork banh mi sandwiches ($9). On the cusp of the Arts District, I paid $6.50 for a chicken-stuffed arepa, or corn cake folded taco-style, at the Venezuelan Viva Las Arepas, a low-key quick service spot where I watched Latin American telenovelas with the office lunch crowd.

Through Eater, which has a thorough guide on cheap eating in town, I discovered Takopa, a tiny and friendly Japanese spot where I sat at the bar and watched the cooks prepare their specialty fried octopus fritters (four for $4.95) in Chinatown, a neighborhood filled with pan-Asian dining deals that required two buses to reach, but worth every bite.

Cheap hotels aren’t hard to come by in Las Vegas, though rates vary with business and event traffic. My spacious $40 room at the El Cortez Hotel & Casino downtown was $100 the previous week when several conventions were in town.

Wherever you stay in Las Vegas, you’re bound to have sticker shock because enticing offers — $19 a night! — don’t include resort fees, which run about $25 to $45 a night. The $25 fee at El Cortez brought my nightly rate to $65, still a good deal for an updated room — with lime green walls and Art-Deco-style, black-and-white décor — in-room coffee and a ground-floor gym.

For a real retro stay, downtown’s 1906-vintage Golden Gate Hotel & Casino has 10 original rooms — small but updated for those who just need a bed — that often sell for $25, plus a $25 resort fee.

Attractions worth the admission

When it comes to cultural attractions in Las Vegas, expect to pay. The Mob Museum charges $29.95 admission, but if you’re interested in history, you’ll get your money’s worth learning about the role of Prohibition in establishing organized crime at the former post office and courtroom where hearings were held on the subject in 1950.

Also uniquely Las Vegas, the Neon Museum preserves the city’s castoff signage. I paid $24 for the 25-minute night show “Brilliant,” which syncs light and sound to reanimate the otherwise dark signs. The separate tour of the regular collection, called the Boneyard, costs $30.

During my stay, the lowest ticket available for “Run,” the new Cirque du Soleil show, was $79, or $105 with fees. Instead, I spent $37 ($52 with fees) to take in “The Mac King Comedy Magic Show” at Harrah’s Las Vegas, a daytime-only delight starring the Kentucky-born star who manages to entertain all ages with surprising tricks, sly humor and hilarious interactions with audience volunteers.

“Being the affordable show has been good for me,” said Mr. King, who started out in 2000 with tickets at $10. “Now it’s like buying an airplane ticket with all the fees.”

Freebies by the mile

In three days, I walked 22 miles and didn’t really notice given the entertaining hustlers en route. On my walks I saw costumed showgirls posing for pictures, listened to a classical violinist and passed up one gentleman who offered, according to his sign, “to do something weird” for $1.

When I needed a break, I went to the wildlife habitat at the Flamingo hotel and casino. At 2 p.m. daily, a keeper feeds two rescued California brown pelicans, Bugsy and Virginia — named for Benjamin (Bugsy) Siegel, who built the original Flamingo in 1946, and his girlfriend Virginia Hill — and calls out to the other exotic waterfowl, including Chilean flamingos. The rare smoke-free haven provided benches (also rare) and complimentary Wi-Fi.

Among free tours, I attended an “open house” at “Ka,” the high-tech Cirque du Soleil show at the MGM Grand. It essentially functions as a 30-minute sales pitch for the show, but offers a fascinating look at the 80,000-pound rotating stage and other wizardry.

Another morning, I signed up with the concierge at the Park MGM for a free art tour of the garden-themed resort and was introduced to contemporary works by Guy Yanai and David Hockney. Similarly, the nearby Aria resort offers tours and a self-guided map to sculptures by Maya Lin and Henry Moore.

Downtown’s free attraction, the Viva Vision light show at the Freemont Street Experience, projected on a 1,500-foot-long overhead video screen, attracted more buskers. But the real payoff was at Gold Spike, a former casino billed as an “adult playground” (free admission). Instead of gambling, there’s a bar, co-working spaces and indoor games like cornhole, and a vast outdoor yard where I caught a soulful set from Cimirriar Deniece, a local singer.

On my return to the airport, I stopped at the nearby Pinball Hall of Fame (free admission) and spent $5, one quarter at a time, playing games that went back as far as 1964, the kind of slot machines that pay off in joy.

Bottom line: The cost of my trip was about $350 for a three-day stay in Las Vegas.