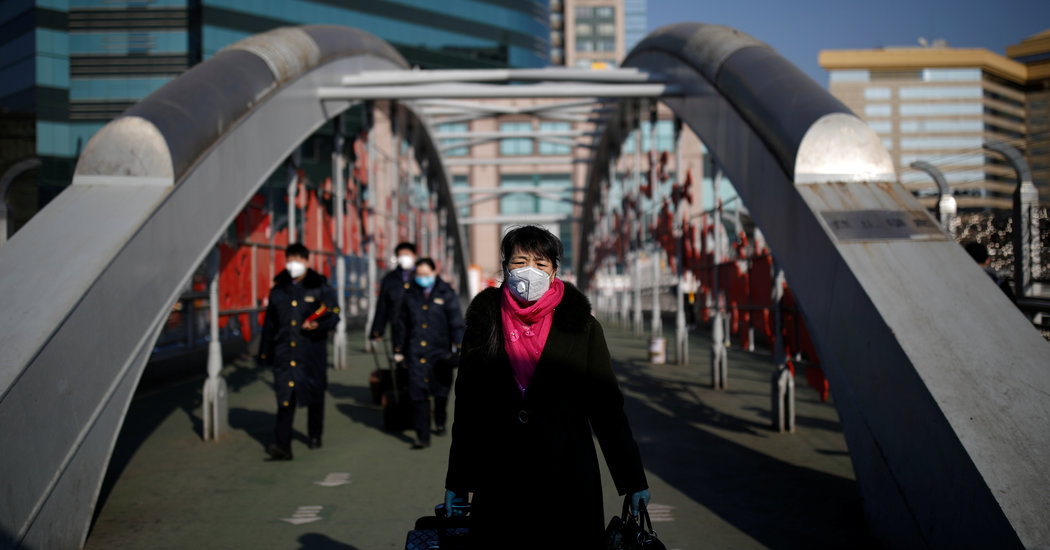 The World Health Organization declared on Thursday that the Wuhan coronavirus outbreak was a global health emergency, acknowledging that the disease now represents a risk beyond China, where it emerged last month.

The decision reversed the organization’s decision just a week ago to hold off such a declaration.

Since then, W.H.O. officials said, thousands of new cases in China and clear human-to-human transmission in several other countries — now including the United States — warranted a reconsideration of that decision by the agency’s expert committee.

The W.H.O.’s declaration — officially called a “public health emergency of international concern” — does not have the force of law. But it serves notice to all United Nations member states that the world’s top health advisory body thinks the situation is grave.

Governments then make their own decisions about whether to close their borders, cancel flights, screen people arriving at airports or take other protective measures.

Declaring emergencies also adds urgency to any W.H.O. appeal for money. Thus far, that is hardly relevant: The countries most affected — China, Japan, Germany, South Korea, the United States and Vietnam — can afford to wage their own battles against the virus.

By contrast, the Democratic Republic of Congo has needed large infusions of cash and medical expertise to fight an ongoing Ebola outbreak, and the need for money was one of the reasons the W.H.O. declared an international emergency in that case, even though Ebola has not spread outside of Congo except in a few patients who briefly entered Uganda.

Last week, the committee was divided. Declaring emergencies is always a hard decision, said Tedros Adhanom Ghebreyesus, the W.H.O.’s director general, because closed borders and canceled flights lead to personal hardships for millions of healthy people near the epicenter and can cause massive economic disruption.

In the worst cases, supplies of food and medicine can run short and panic can spread, threatening to do more damage than the disease does.

The agency has lavishly praised China’s aggressive response to the virus.

China effectively isolated Hubei Province, stranding more than 30 million people, at the height of the New Year holidays — an act tantamount to quarantining the Midwest at Christmastime.

Dr. Tedros, who met with President Xi Jinping in Beijing on Tuesday, said Mr. Xi had led “a monumental national response,” and that he was “struck by the determination of Chinese leadership” and by how much Mr. Xi personally understood about the outbreak.

China said on Thursday that another 38 people had died from the disease, bringing the total to 170. Nearly 8,000 cases have been reported worldwide, almost all of them in mainland China.

On Thursday, Russia closed its 2,600-mile border with China and stopped all trains except for one between Moscow and Beijing.

Within China, some medical experts have questioned their country’s response, arguing that local officials could have put in place stricter travel restrictions before the virus spilled beyond the central city of Wuhan. The country has now confirmed cases in every province and region.

The W.H.O. has made such declarations just five times since its power to do so was established in 2005: for the pandemic influenza in 2009, a polio resurgence in 2014, the Ebola epidemic in West Africa that same year, the Zika virus outbreak in 2016 and an Ebola outbreak in the Democratic Republic of Congo last year.

Dr. Peter Piot, director of the London School of Hygiene and Tropical Medicine and one of the discoverers of the Ebola virus and the presence of AIDS in Africa, said he personally considered the outbreak an emergency and found the process flawed.

“It is time for the W.H.O. to change its all-or-nothing, binary approach to declaring a PHEIC,” he said, referring to the emergency declaration. “In every emergency, there is a spectrum of alert levels, rather than ‘PHEIC or not PHEIC.’”

Dr. Tedros said the same thing at a news conference on Wednesday, suggesting that the agency might want to go to a graduated green-yellow-red system.