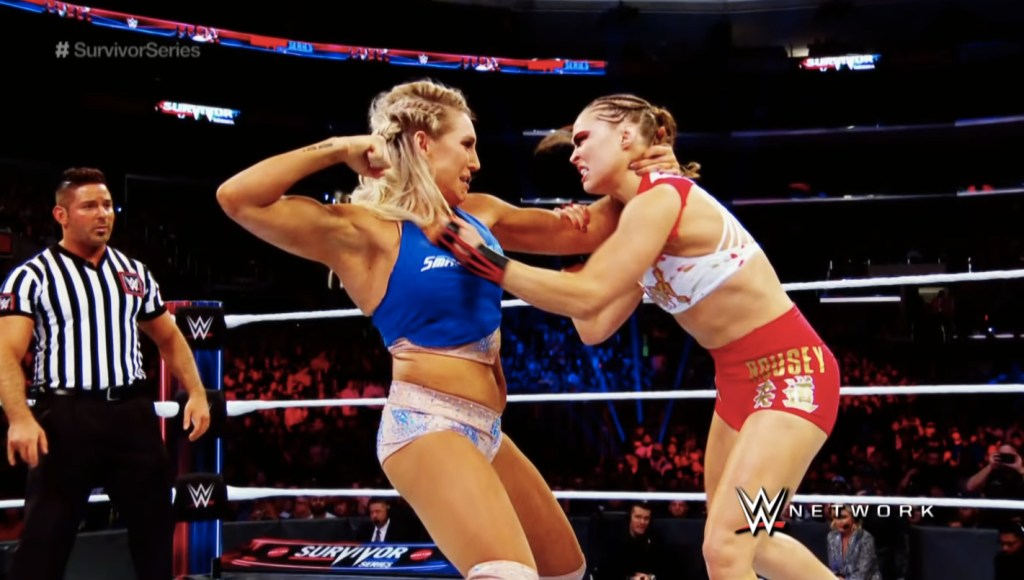 A whole lot of WWE viewers were expecting Ronda Rousey to show up at the Royal Rumble on Sunday. Not everyone, but a lot of people. After all, she left WWE with an iffy-looking loss to Becky Lynch in a threeway match with Charlotte Flair in the main event of WrestleMania 35, so isn’t it time to start building to the resumption of that feud for a match at WrestleMania 36? While that seems like the obvious path to a lot of fans, there have been few indications that Ronda Rousey herself sees things that way at all.

According to Dave Meltzer at the Wrestling Observer, Ronda Rousey is not going to be wrestling at WrestleMania 36. He adds that WWE wanted her to come back to face not Becky Lynch, but Charlotte Flair instead. Charlotte vs Ronda was the original plan for WrestleMania last year, before Becky got so over with the fans that they had to add her. It sounds like WWE wanted to revive that idea, but Ronda isn’t interested in wrestling right now.

On the other hand, Ronda recently appeared on After The Bell with Corey Graves, and when asked when she would return to WWE, she said “Probably whenever the hell I feel like it. If they would just let me show up at live events, probably very soon.” She goes on to rhapsodize about the joy of house shows, but it does seem unlikely that WWE will make a deal with her to only do those. They’re going to want her for television, and if not WrestleMania, at least Summer Slam. Time will tell if they can eventually tempt her back for something like that.