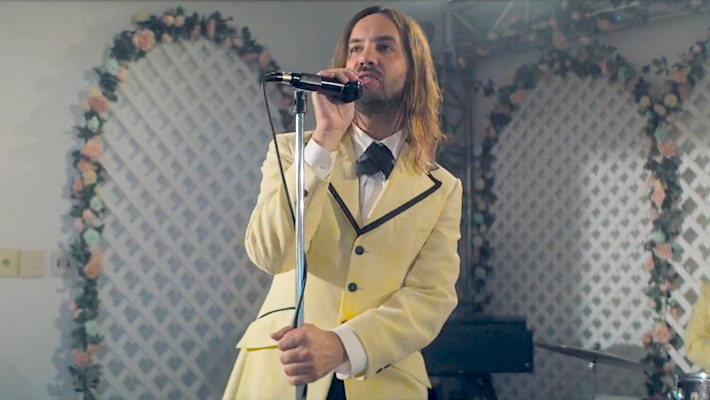 Tame Impala’s new album, The Slow Rush, is on the way soon, as its release is coming in just a couple weeks. Kevin Parker has offered a handful of previews of the record ahead of then, and now he has another, as he has shared a new video for “Lost In Yesterday.”

The video was directed by Terri Timely (Ian Kibbey and Corey Creasey), who have also helmed videos for St. Vincent, Joanna Newsom, and others. In the clip, Parker is performing at a wedding in the ’70s, and everything seems great at first, but there are pockets of discontent throughout. By the end, the proceedings have reached the point where weapons are being brandished.

Press materials note the clip and the song play “on the theme that even the most disdainful times can take on a rosy tinge the further they recede in the rearview.” That’s a point that shines clearly through on the track’s opening lyrics: “When we were livin’ in squalor, wasn’t it Heaven? / Back when we used to get on it four out of seven / Now even though that was a time I hated from day one / Eventually, terrible memories turn into great ones.”

Watch the “Lost In Yesterday” video above.