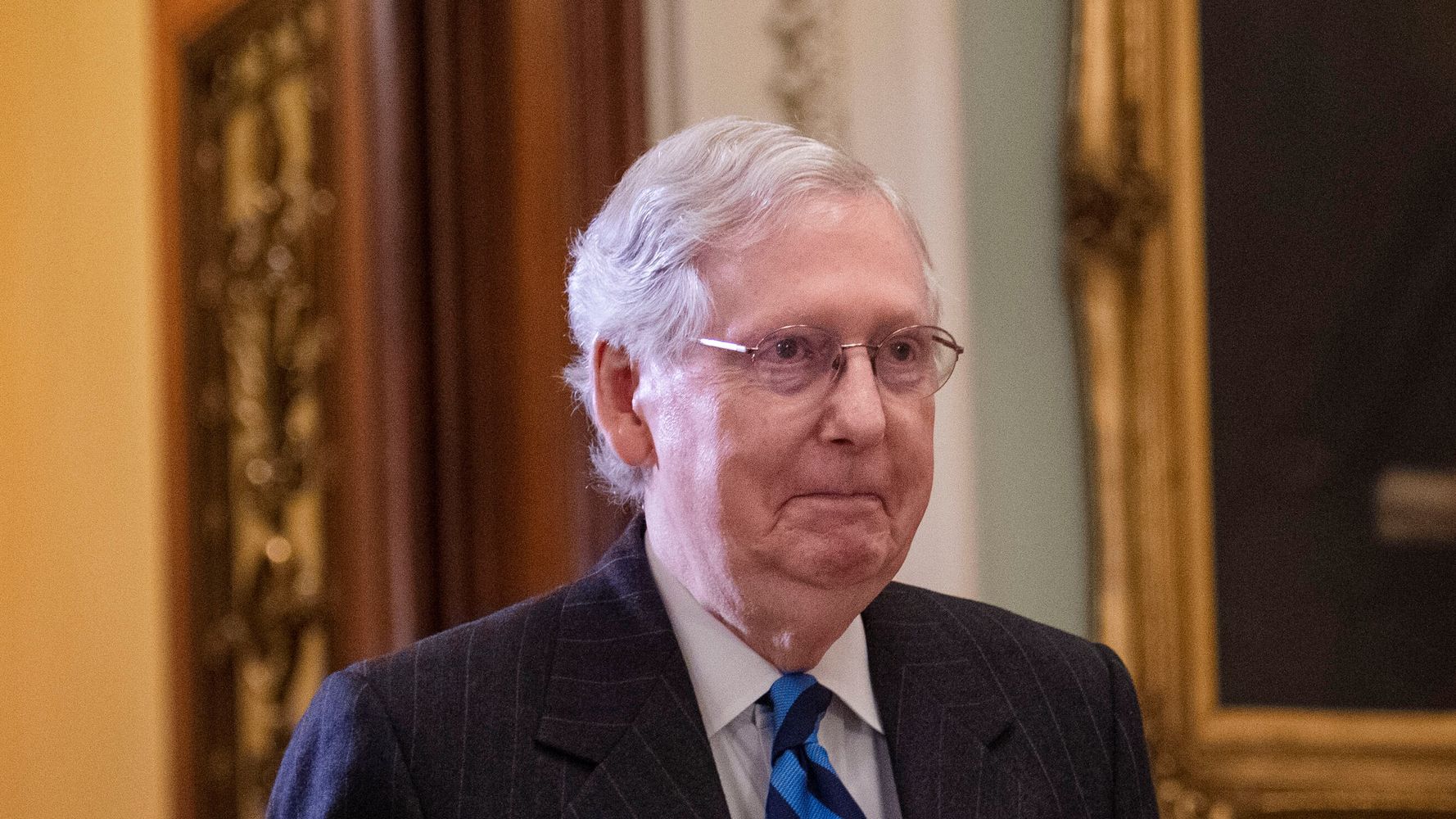 WASHINGTON ― The Senate is wrapping up its final day of questioning in the impeachment trial of President Donald Trump on Thursday much in the way the ordeal began: with Democrats urging consequences for the president and Republicans largely unified on protecting him.

But the trial’s biggest question remains unanswered: whether the Republican-controlled chamber will allow witnesses and other evidence to be admitted into the proceedings, as was the case during the impeachment trials of President Bill Clinton and President Andrew Johnson.

Republicans are confident they have enough support to block the consideration of witnesses and move quickly to acquit Trump on Friday or early Saturday, wrapping up the trial in less than two weeks. That would allow Trump to remain president in spite of his impeachment by the House on charges of abuse of power and obstruction of Congress.

Though a couple of moderate Republicans have indicated they’d support testimony from witnesses, most GOPers have dismissed the need to hear from individuals with firsthand knowledge of the president’s actions, including former Trump national security adviser John Bolton.

Bolton, a longtime figure in conservative politics, essentially confirmed the House impeachment managers’ case against Trump in the draft of an upcoming book, which alleges that the president told Bolton directly that release of congressionally approved military aid to Ukraine was being tied to the Ukrainian government announcing investigations into political rival Joe Biden and his son Hunter.

Possible votes for allowing witnesses include Sen. Mitt Romney (R-Utah), Sen. Susan Collins (R-Maine) and Sen. Lisa Murkowski (R-Alaska). Democrats need at least one more Republican to vote with them in order to succeed on the issue of witnesses and evidence, however. They’re hopeful they can convince more Republicans who have been quiet on the subject to join the vote.

Murkowski previously expressed an openness to calling witnesses, but the Alaska moderate has been tight-lipped about how she intends to vote Friday. She met privately with Senate Majority Leader Mitch McConnell (R-Ky.) on Wednesday, and the two were spotted deep in conversation on the Senate floor on Thursday.

Democrats would likely lose the vote on witnesses even if three Republicans vote with them, however. In that scenario, with 50 Republicans opposed and 47 Democrats and Democratic-leaning independents and three of the GOP senators in favor, the Senate would reject a motion to call witnesses due to the chamber’s rules requiring 51 votes for passage.

Supreme Court Chief Justice John Roberts, the presiding officer, could cast a tie-breaking vote in that event. In fact, he could point to precedent: The chief justice in the trial of President Andrew Johnson was allowed to cast a tie-breaking vote on two procedural motions. But Roberts, a conservative appointed by President George W. Bush, isn’t expected to interject himself into a messy political dispute, especially when Republicans could simply vote to overrule him.

“I would hope for the chief justice to break a tie. I don’t know that he will,” Sen. Chris Coons (D-Del.) acknowledged on Thursday.

“If it’s two, the deal is over. If it’s three, we don’t know,” Braun said. “There’s not real certainty what the power of the presiding officer has.”

During the proceedings on Thursday, the second day of marathon questioning by senators of both the House managers and Trump’s defense team, Republicans and Democrats shadowboxed over witnesses, the Ukraine whistleblower, foreign election interference, the legal standard for impeachment and the timing of Trump’s hold on Ukraine aid, among a number of other issues.

In one of the more dramatic moments of the day, Sen. Rand Paul (R-Ky.) attempted to ask a question that would have named a person suspected of being the Ukraine whistleblower, whose complaint led to the opening of the House impeachment inquiry against Trump. Roberts declined to read it, however, prompting Paul to storm out of the Senate chamber and then name the alleged whistleblower at a news conference, while insisting he wasn’t identifying the whistleblower.

But Republicans argued that allowing witnesses in the trial would open a Pandora’s box, leading their members to call for the testimony of former Vice President Biden, Hunter Biden, Schiff and others. They warned that Trump was likely to assert executive privilege over the testimony of witnesses such as Bolton and Mick Mulvaney, the director of Office of Management and Budget, tying up the matter in courts potentially for weeks, if not months.

Friday’s session is expected to go late into the night. After the Senate gavels in at 1 p.m. Eastern time, senators will debate for four hours on the issue of witnesses and other evidence, followed by a vote on whether to allow them at all. If the vote is rejected, Republicans hope to move to a final vote to acquit the president. Before they can do that, however, they must defeat a series of motions expected to be offered by Democrats seeking to pressure Republicans before the trial ends.