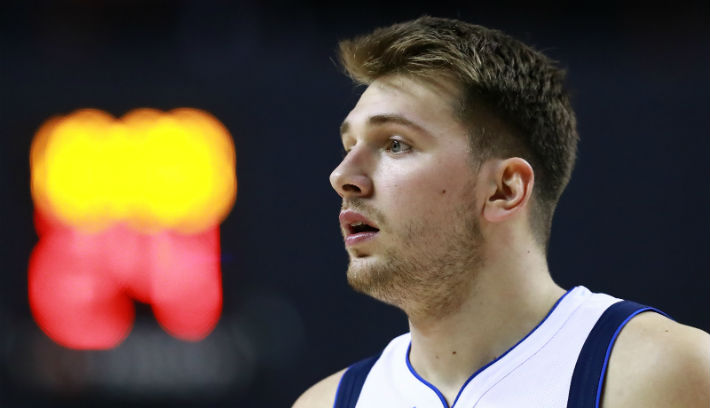 The Dallas Mavericks learned what it was like to play without Luka Doncic earlier this season when he missed four games due to an ankle injury. Now, the team may have to take the floor again without Doncic, as reports out of Dallas indicate that the MVP candidate has once again suffered an ankle injury.

According to Mavericks coach Rick Carlisle, Doncic went down during practice on Thursday, and it’s unclear the extent to which he’s been injured. In a bit of unfortunate news, though, Carlisle did say it was Doncic’s right ankle, the same one that he hurt earlier this season.

We’ll get a sense of whether or not the pessimism around the injury is legitimate on Friday, when Marc Stein of the New York Times reports Doncic will undergo an MRI. An initial diagnosis, according to Tim MacMahon of ESPN, indicates that is similar to what happened last month, although we will not know for sure until a little farther down the road.

Luka Doncic, I’m told, will undergo an MRI exam Friday to gauge the full extent of the ankle injury he suffered Thursday at practice

A source describes Luka Doncic’s right ankle injury as similar to the one he suffered earlier this season. Doncic missed four games and returned to practice 10 days later after his previous ankle sprain.

Dallas went 2-2 in the four-game stretch that did not include Doncic earlier this season, which included a 19-point thrashing of the Philadelphia 76ers. Still, losing Doncic for any period of time is a tough pill to swallow for the Mavs, especially because the team is still getting used to life without starting center Dwight Powell, who suffered a torn achilles nine days ago.