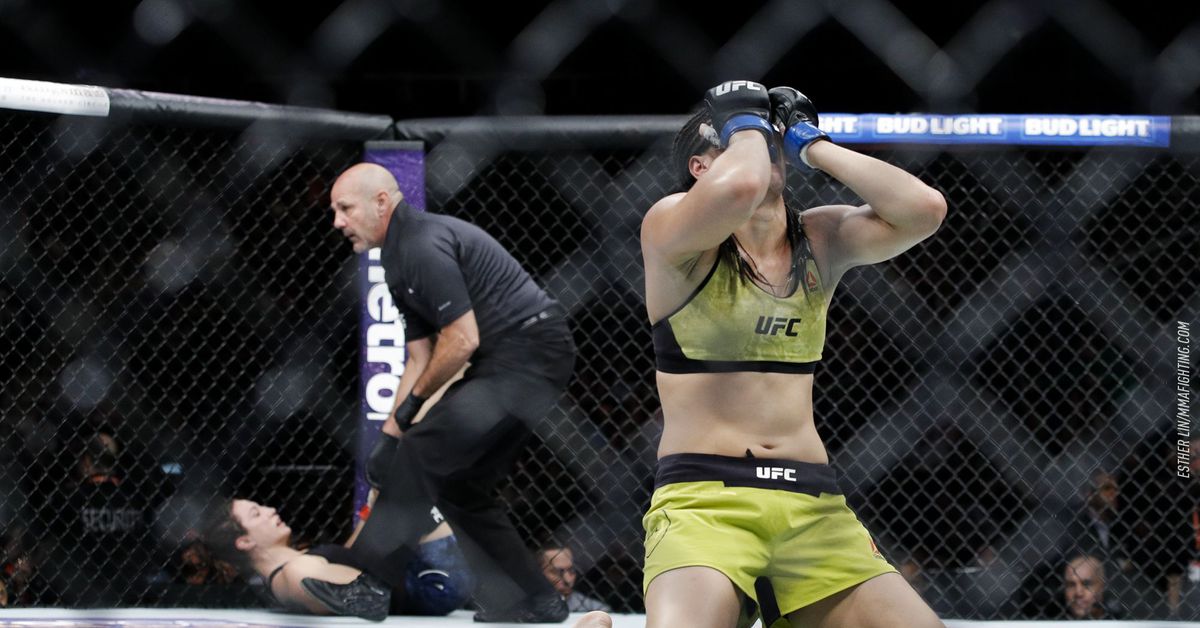 A bantamweight clash between Ketlen Vieira and Marion Reneau is the first addition to the UFC 250 pay-per-view card in Sao Paulo, Brazil, on May 9. Both fighters confirmed the booking on social media following a report by MMA Junkie.

Vieira (10-1) will attempt to get on track after the first loss of her professional career, a first-round knockout defeat to Irene Aldana in December. The Nova Uniao fighter was returning from a long layoff that night, recovering from a knee injury sustained after a split decision win over Cat Zingano in March 2018.

Reneau (9-5-1), also ranked among the 10 best 135-pounders in the UFC today, looks to snap a two-fight losing skid after fights against Zingano and Yana Kunitskaya. The 42-year-old veteran previously has competed in Brazil on two occasions, submitting future champion Jessica Andrade in 2015 and fighting to a draw with Bethe Correia two years later.

UFC 250 marks the franchise’s second pay-per-view card in Brazilian soil to take place outside of Rio de Janeiro, the first since UFC 198 in Curitiba. Bantamweight champion Henry Cejudo and former 145-pound king Jose Aldo are campaigning to headline the card for the 135-pound belt at Sao Paulo’s Ibirapuera gymnasium.