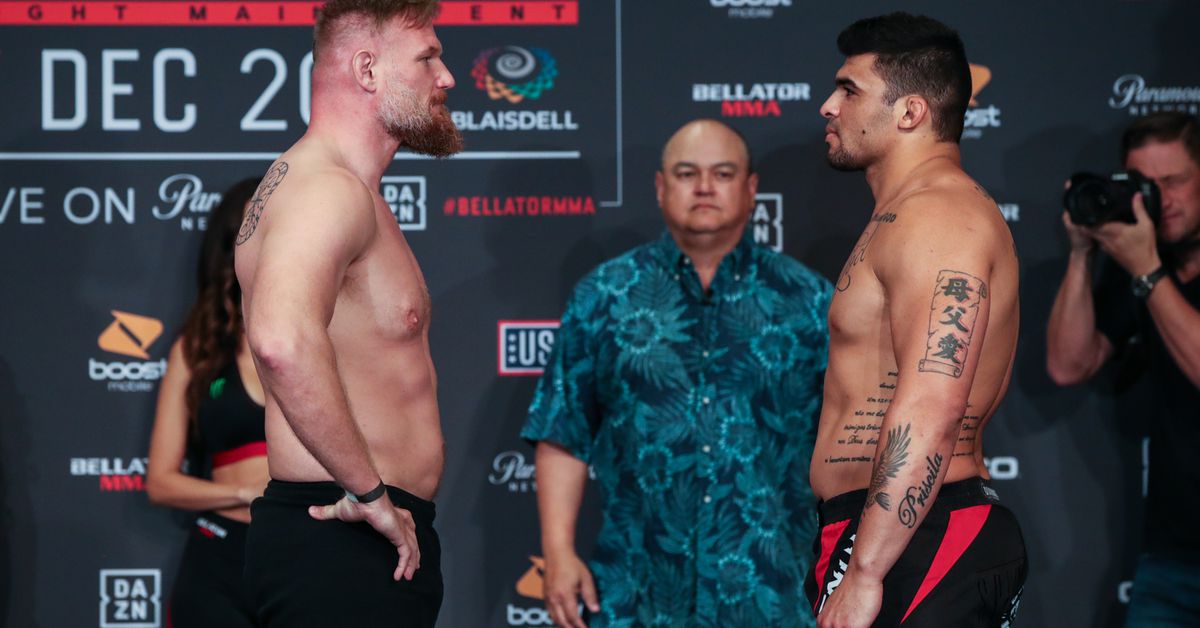 March 13 is the new date for the Bellator debut of heavyweights Josh Barnett and Ronny Markes, multiple sources told MMA Fighting. The match-up is targeted for Bellator 241, but contracts have yet to be signed.

“The Warmaster” and Markes were originally scheduled to meet in December, but the former UFC heavyweight champion wasn’t medically cleared to compete hours before entering the Bellator 235 cage in Hawaii.

Barnett (35-8) hasn’t fought under MMA rules since a third-round submission victory over Andrei Arlovski inside the UFC cage in Germany. The 42-year-old veteran parted ways with the UFC after a long battle with the United States Anti-Doping Agency, and has been active in grappling bouts and pro-wrestling events over the past few years.

Eleven years younger than his opponent is Markes (19-7), who fought for the last time under the Professional Fighters League banner in June 2019, stopping Sigi Pesaleli via second-round TKO. Markes racked up a 5-4 record as a light heavyweight and heavyweight since leaving the UFC in 2014.

Bellator 241 is set to go down at the Mohegan Sun Arena in Uncasville, Conn., and features a pair of featherweight tournament matches. In the main event, 145-pound champion Patricio Freire puts his title on the line against Pedro Carvalho, while Daniel Weichel meets Emmanuel Sanchez in the last quarterfinal bout.