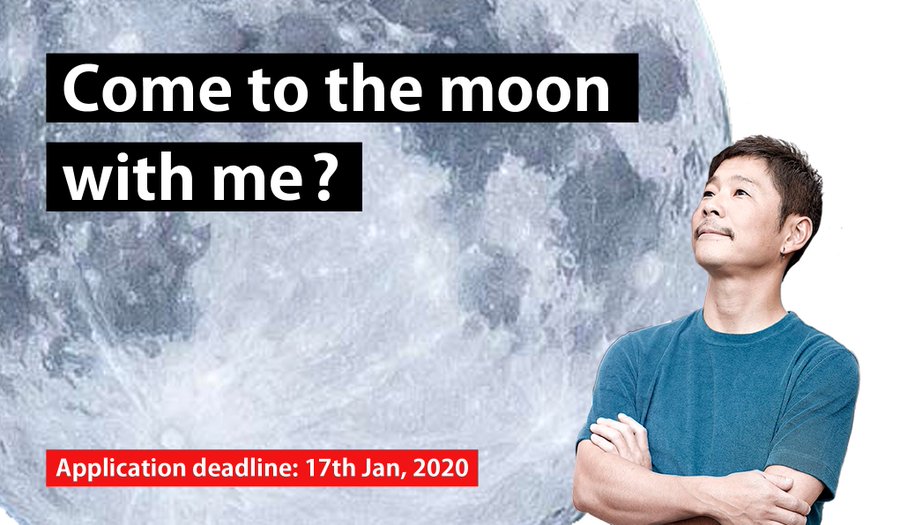 The first woman to the moon will no longer be the winner of a billionaire’s “girlfriend contest.”

On Jan 12, Japanese billionaire Yusaku Maezawa, who announced in 2018 that he would fly himself and six to eight artists around the moon on SpaceX’s Starship spacecraft as part of the #dearmoon mission, tweeted that one of those seats to the moon would be reserved for his girlfriend, who would be chosen as part of a televised contest and a documentary with AbemaTV called “Full Moon Lovers.”

The contest accepted applications from the public, specifically from women aged 20 and older who have a “bright personality and [are] always positive,” to become the girlfriend of the 44-year-old father of two and accompany him to the moon, the contest website read.

Related: Who will be the first woman on the moon?

But just a couple of weeks later, yesterday (Jan. 29), Maezawa called off the contest, making the announcement on Twitter. “Due to personal reasons, I have informed AbemaTV yesterday with my decision to no longer participate in the matchmaking documentary, hence requested for the cancellation of the show,” Maezawa said in his initial tweet.

Due to personal reasons, I have informed AbemaTV yesterday with my decision to no longer participate in the matchmaking documentary, hence requested for the cancellation of the show.January 30, 2020

He continued in a thread of tweets below, explaining why he decided to cancel the contest. “Despite my genuine and honest determination toward the show, there was a part of me that still had mixed feelings about my participation,” he wrote on Twitter.

When the contest was first announced, it was met with a wash of significant criticism on social media. People saw the initiative to have the first woman to the moon to be the winner of a “girlfriend contest” as counterintuitive to the progress that women have made in inclusion and representation in human space exploration.

Despite canceling the contest, Maezawa did tweet his appreciation for all who did apply. “To think that 27,722 women, with earnest intentions and courage, had used their precious time to apply makes me feel extremely remorseful to conclude and inform everyone with this selfish decision of mine,” he wrote.

He concluded by saying “I understand that I have disappointed many people – the applicants and all the staff from AbemaTV who were involved in the production – and I apologize to everyone for my unfavorable actions. I am truly sorry from the bottom of my heart,” in an additional tweet.