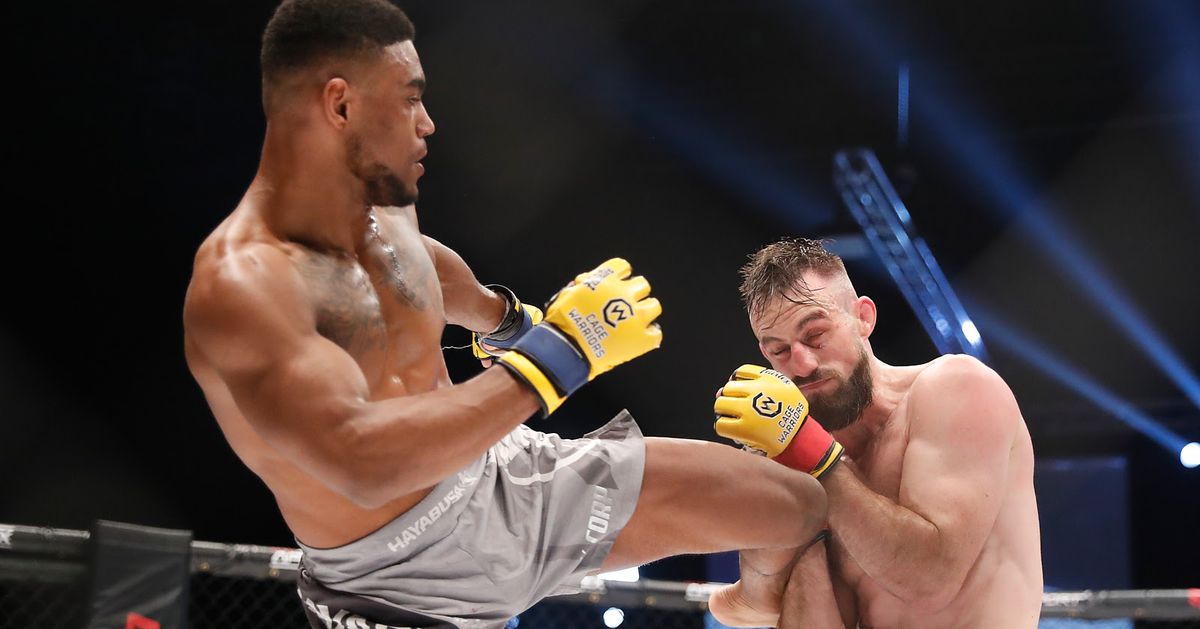 Cage Warriors is hoping to showcase its French cast by hosting its first MMA event in France in the first half of 2020, following the sport being made legal in the nation earlier this month.

There are rumors that the UFC is targeting a French event in the second half of 2020. To add to that, ARES Fighting Championships has also been vying to put on the first MMA event on French soil.

In a statement released to MMA Fighting, Cage Warriors president Graham Boylan insisted that his promotion are vying to put on a big MMA event on French soil, which he believes could take place in the first half of 2020. He also expressed his delight to see the sport being legalized in France.

“The Cage Warriors team and I have been watching the MMA situation in France for some time. Cage Warriors, being Europe’s legitimate number one organization, known for creating some of the biggest names in the sport, has kept French fighters busy for over 10 years,” the statement read. “I am extremely happy that the sport is finally seeing the light in France and I believe the French Boxing Federation is a solid base to regulate and build our young sport in a country that is full of talent and I can tell you Cage Warriors is here to offer any help required.”

“We’ve been here for French fighters and clubs and have consistently provided opportunities for all when opportunities did not exist at home and we will be there this year with all the lights and cameras to give them the homecoming they deserve. Once all the i’s are dotted and the t’s are crossed, Europe’s longest running and most respected MMA organisation will bring the big show to France hopefully within the first six months of 2020.

“Cage Warriors has already announced 10 of 15 shows for 2020 and when ready, France will be getting a couple [of shows] this year also,” read Boylan’s statement.

“The sport and other organizations should be praising the UFC for its 10 years of hard work and help in getting the sport to where it is today, not only in France but Europe.