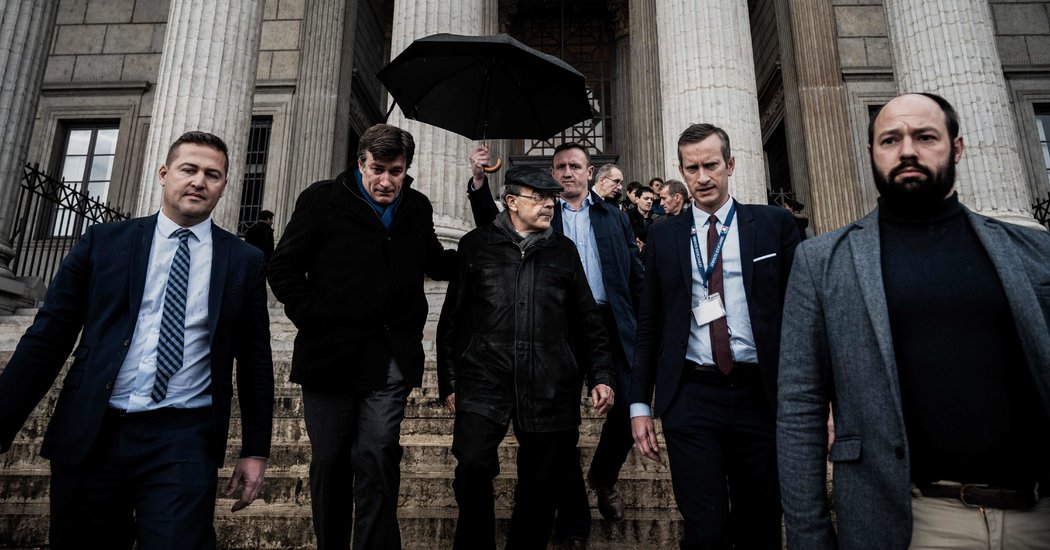 PARIS — A French appeals court on Thursday overturned a ruling against a cardinal who had been found guilty of covering up decades-old sexual abuse by a priest in his diocese, the latest twist in the most high-profile legal case against a clergyman in France.

Cardinal Philippe Barbarin, 69, the archbishop of Lyon, had been found guilty last year of failing to report allegations of child abuse by the Rev. Bernard Preynat to the authorities.

Father Preynat, 74, went on trial this month and has admitted there to systematically abusing dozens of Boy Scouts in the Lyon region from the 1970s to the 1990s. A verdict in that case is expected in March.

Cardinal Barbarin argued in court — and the appeals court agreed — that he wasn’t legally obligated to report the allegations to the authorities because Father Preynat’s victims were adults when they alerted the cardinal about the abuse, and because he did nothing to intentionally discourage them from going to the authorities themselves.

André Soulier, a lawyer for the cardinal, told reporters in Lyon on Thursday that he was “more than satisfied” and that the cardinal should not be an “expiatory victim” held responsible for the failings of the entire Catholic Church.

Cardinal Barbarin, a conservative, was appointed to his post in the Lyon Diocese in 2002, and for years he cultivated the image of an energetic and outspoken clergyman. But the cardinal’s involvement in Father Preynat’s case made him a symbol of the church’s failings and its secretive approach to dealing with sexual abuse cases.

Plaintiffs in the case against the cardinal said he had a responsibility to warn the authorities as soon as he learned about the abuse, even though it had occurred on his predecessor’s watch. François Devaux, one of Father Preynat’s accusers, said the appeal court’s decision was disappointing to victims.

“We are falling short of the reality of this problem of sexual abuse against minors,” he told reporters in Lyon on Thursday.

The cardinal served none of his original six-month sentence in prison. It was a suspended sentence — which, under French law, goes into effect only if the person is convicted of a new crime within a certain time frame — and the court overturned it on Thursday.

The cardinal, speaking at a brief news conference in Lyon, said that he would once again offer his resignation to Pope Francis. The pope had rejected the cardinal’s offer to resign after the initial conviction but had let him step down from day-to-day duties at the church while the appeal ran its course.

“This decision enables me to turn the page, and for the church in Lyon it is an opportunity to open a new chapter,” Cardinal Barbarin said. “My thoughts today — always — go to the victims.”

Matteo Bruni, a Vatican spokesman, said on Thursday that the Holy See “reiterates its proximity to all the victims of abuse” and that it was “at the side” of the Church in Lyon, which had been “sorely afflicted.”

Mr. Bruni said that the pope, “who continues to closely follow the unfolding of these painful events,” had taken note of Cardinal Barbarin’s resignation offer and would “make his decision known in good time.”

Still, the legal case against the cardinal is not over.

Lawyers for the plaintiffs announced on Thursday that they would appeal the verdict before the Cour de Cassation, the highest court in the French judiciary, which will not hold a third trial but instead verify that the law was correctly applied by lower courts.

Jean Boudot, a lawyer for one of the plaintiffs, told reporters in Lyon that the cardinal’s acquittal was “totally incoherent” because it suggested that the obligation under French law to report sexual abuse on a minor ended once victims entered adulthood, disregarding the long-lasting psychological impact of abuse.

Still, the cardinal’s acquittal did not come as a complete surprise. Prosecutors had dropped the charges against Cardinal Barbarin in 2016 after an investigation, but nine of Father Preynat’s accusers used a special procedure to force the cardinal and five other French church officials and employees of the diocese to stand trial. All five of them were acquitted in March.

At his trial on appeal, prosecutors once again sought the cardinal’s acquittal.

Mr. Devaux said on Thursday that he did not regret bringing the case to trial, despite the acquittal, because the lawsuit had helped raise awareness about “the problems of psychic control, of spiritual control” by abusive clergymen.

“Everyone agrees that emerging from all of this is a growing realization and clairvoyance that was lacking for a certain amount of time,” Mr. Devaux told reporters at the courthouse in Lyon.

In 2014, the cardinal was contacted by a parishioner and former Boy Scout who said that he had been abused by Father Preynat and that he was disturbed to learn that the priest was still officiating and still in contact with children.

But it later emerged, in press reports and at trial, that the cardinal had been aware of the abuse several years earlier and had only removed the priest from office in August 2015 — which the appeals court called “seriously objectionable.”

It also found, as the lower court had, that the cardinal should have reported the abuse when he learned about it at that earlier stage — before the victims contacted him — but that his failure to do so was no longer punishable because the statute of limitations for that offense had passed.

An independent commission created by the bishops’ conference of France to shed light on sexual abuse in the French clergy has already heard from thousands of people reporting such cases, and a report is expected in 2021.

In a statement on Thursday, the conference expressed “gratitude” to the victims of Father Preynat for coming forward and said it was determined to “pursue the necessary work” against sexual abuse in the Church.