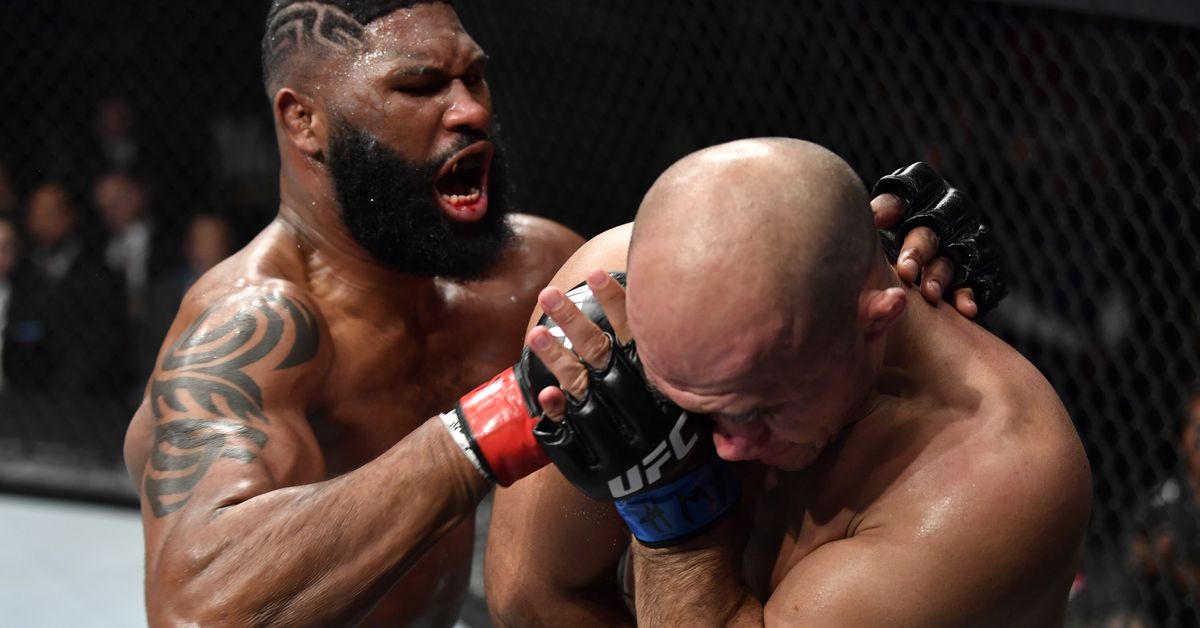 UFC and Bellator went head-to-head this past Saturday night, with UFC having a normal weekly show in Raleigh, N.C., and Bellator promoting a major event at the Forum in Los Angeles.

Both events were streamed live on the internet; the UFC event served on ESPN+ and Bellator on DAZN. Normally, a UFC event would have more public interest. But that wasn’t the case Saturday, and that was because of Bellator’s main event. Cris Cyborg beat Julia Budd in Cyborg’s promotional debut to become the first – and likely last – fighter to win world titles in Strikeforce, UFC, Invicta and Bellator.

Bellator has promoted Cyborg (22-2, 1 no contest) as the greatest female fighter of all-time after the UFC decided to not go after her when her contract expired. During the show this past Saturday, commentator references to Cyborg as the GOAT were frequent. And in reality, the argument over greatest-ever comes down to Cyborg and Amanda Nunes, even though you can argue the most important female fighter ever was Ronda Rousey, followed closely by Gina Carano.

Because Nunes (19-4) ran though Cyborg in just 51 seconds to win the UFC featherweight title, and become a two-weight division champion, that would seem to give Nunes the big edge in that argument. Cyborg’s counter is that, except for the Nunes fight, she is undefeated going back to 2005 and has been argued as the possible best in the world dating back to 2008. That’s amazing longevity in this sport.

Cyborg also has titles in multiple organizations. But she was also in a weight class with limited depth, and in most cases, was far bigger than most of the opponents she had run through.

Nunes has four career losses, and the most recent was in 2014 to Cat Zingano. Her list of victims is a far superior list and includes Budd, Germaine de Randamie (twice), Sara McMann, Valentina Shevchenko (twice), Miesha Tate, Cyborg, Rousey, Raquel Pennington and Holly Holm. Plus, the reality is Cyborg spent much of her career facing women who generally fought a weight division below her.

So the argument seems to favor Nunes. And it brings up the sad part of modern MMA, because a rematch between the two would be significantly bigger than their first meeting. But the UFC has never shown interest in allowing its fighters to face the best from other organizations, even though Nunes herself has no opponent that can generate the level of interest as a second Cyborg fight.

But whether or not Cyborg is the first- or second-greatest female fighter of all-time, Bellator now runs into the same issues every organization has had with her. She’s an attraction and has proven to be a legitimate draw on her own. She’s a dominant star. She can be a big draw with the right opponent. But today, in Bellator, that right opponent doesn’t exist.

Realistically, Budd, who hadn’t lost in eight years, was the logical opponent for Cyborg. After four rounds in which she got no meaningful offense in, she came across as a fighter that was not in the same league. Yet there is no other featherweight in Bellator who has shown to be at Budd’s level. And unlike in the UFC, where there were a plethora of bantamweights that were undersized and essentially could be fed to Cyborg, Bellator doesn’t have that either since its only other women’s division is flyweight.

So, like in most of her career in North America, there is no money opponent on the horizon.

Cyborg’s most likely opponents look to be Arlene Blencowe (13-7), who would on paper be a fight that nobody would see as competitive going in, and Cat Zingano (10-4), a recent Bellator signee. Zingano is the last fighter to beat Nunes, but lost four of her last five UFC fights and has been plagued by knee issues. Because Zingano does have a name from the UFC, headlined a major pay-per-view success against Rousey, and has the Nunes win, she’s got the far bigger name of the two. It’s the type of fight Bellator would likely try and put together.

The one fight out there for Cyborg that has the shot at being big would be with Kayla Harrison (7-0), the former two-time gold medalist in judo. There are all kinds of obstacles with that. Harrison is bigger and probably stronger as well, a legit lightweight. But she’s also inexperienced and can’t match Cyborg’s stand-up game.

Harrison is also the top star of the PFL, and as of yet, the PFL hasn’t shown any interest in having her face anyone outside their promotion. But because of that, Harrison has the same problem as Cyborg. She is a big name but has no big fights, the kind that make you a big star and cause a larger portion of the fan base to take interest in you.

As far as the UFC goes, Curtis Blaydes (13-2) was unable to take Junior Dos Santos (21-7) down, which on paper sounded like a recipe for failure in their heavyweight main event. But Blaydes finished dos Santos in the second round with strikes, a win that moves him into the ranks of very legitimate title contender.

Let’s look at how fortunes changed for five for the UFC show.

CURTIS BLAYDES – With the win, Blaydes should be, at worst, in a fight to determine a title contender, if not get a title shot. But at heavyweight, it looks like Stipe Miocic, when he’s ready to fight, will be giving a rematch to Daniel Cormier, while Francis Ngannou and Jairzinho Rozenstruik fight for the next title shot on March 28. It makes no sense for the winner of the latter fight to give Blaydes a shot at the title that they would have already earned.

Blaydes could face the loser of that fight next, or Derrick Lewis (22-7), provided Lewis gets past Ilir Latifi on Feb. 8. Alexander Volkov (31-7) is another possibility.

JUNIOR DOS SANTOS – Dos Santos could rematch Alistair Overeem (45-18), who knocked Dos Santos out in 2015. He could also face the Lewis vs. Latifi winner, though Dos Santos has a knockout win over Lewis last March. After so many years in the spotlight, Dos Santos did not look like the fighter of old with Blaydes, and at 35, that has to be concerning.

MICHAEL CHIESA – Chiesa (17-4), after moving to welterweight, outwrestled Rafael dos Anjos for three rounds to win a decision. He immediately called out Colby Covington, (15-2), and after that name drop left the scene to make it as dramatic as possible.

That’s a great fight for him, but may not be the easiest fight for UFC to make as far as Covington is concerned. From a style standpoint, with Chiesa looking so impressive on the ground, the master in ground fighting of the welterweights is Demian Maia (28-9), who faces another ground specialist, Gilbert Burns (17-3) on March 14. Barring a Covington acceptance, the winner of that fight would make sense.

ALEX PEREZ – Perez (23-5), after beating Jordan Espinosa (14-7) on Saturday in a battle of ranked flyweights, issued a challenge. The problem is, he didn’t know the name of the guy he wanted to face. He just said the guy who beat Tim Elliott, which would be Askar Askarov (11-0-1), which is a fight that makes sense.

SARA MCMANN – The former Olympic wrestling medalist remains among those ranked in women’s bantamweight with her decision win over Lina Lansberg. A good next fight would be with Ketlen Vieira (10-1), who submitted McMann more than two years ago, or Raquel Pennington (10-8).