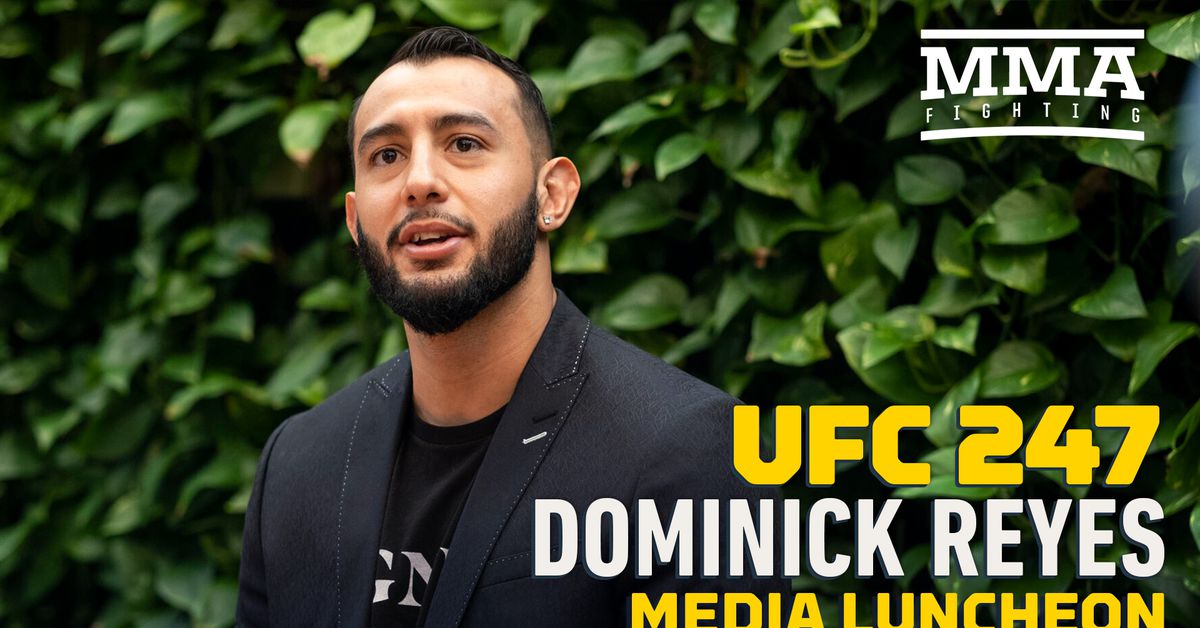 Sundays are a rest day for Dominick Reyes. But this past one left him down for the count.

Like much of the world, Reyes awoke to news that NBA legend Kobe Bryant was dead, among nine victims of a helicopter crash – including Bryant’s teenage daughter, Gianna – in the hills of Calabasas, Calif. At first, Reyes thought it was a prank.

“You know how weird stuff gets thrown out on the internet,” Reyes told reporters during a media day in support of his UFC 247 title fight against Jon Jones. “I was like, no way.”

After confirming the “heartbreaking” worst, Reyes said he spent most of the day in bed. He called friends and family. He needed someone to talk to.

”I can’t imagine what (Bryant’s wife Vanessa) going through, losing a daughter and a husband in one swoop, Just prayers, man.”

As the world mourns Bryant, Reyes believes everything happens for a reason. But he’s struggling to find what that is.

When Reyes clapped back at Jones during the UFC 247 press conference, revealing he’d already read “Relentless,” a book the champ was using for inspiration before his next title defense, he didn’t say why he’d chosen it.

“I read that book mostly because it was mostly about Kobe, and his mindset and the hard work involved,” Reyes said. “All of that…man.

Before the biggest fight of his life, Reyes would like to pay tribute to Bryant by wearing his jersey during fight week activities. He suspects the UFC’s deal with Reebok will rule out that idea, so the best he can do is keep the fallen great in his mind and heart.

Without Bryant’s inspiration, Reyes said he never would have gotten to where he is now.

“The only idol I’ve ever had as an athlete,” he said. “I’ve never looked up to any other athlete but Kobe Bryant. Kobe’s mentality of ‘Nobody’s going to believe in you but you,’ I’ve used that throughout my life. I made it to my university; I’m here on that philosophy.”

At Stony Brook University, where he played defensive back with the Seawolves, Reyes said he was Bryant’s most vocal supporter during reoccurring debates about whether the Laker or Chicago Bulls legend Michael Jordan was the best ever.

Reyes had never seen Bryant play live; growing up poor with three brothers in Victorville, Calif., tickets were geographically and financially out of reach, particularly during Bryant’s heyday. Still, the young athlete was magnetically drawn to the NBA star and watched almost every game. He verbally pounced on detractors.

“I would go aggressively,” he said. “Very aggressive.”

When he takes on Jones, arguably the best-ever in MMA, Reyes will be thinking about the relentless drive that made Bryant one of the most celebrated sports figures in history.

“It wasn’t about the games he played,” Reyes said. “It was about the man he was. He was amazing. Kobe’s the man. It’s just that sample.

“Definitely if I win this belt, he’s definitely in my heart and on my mind.”