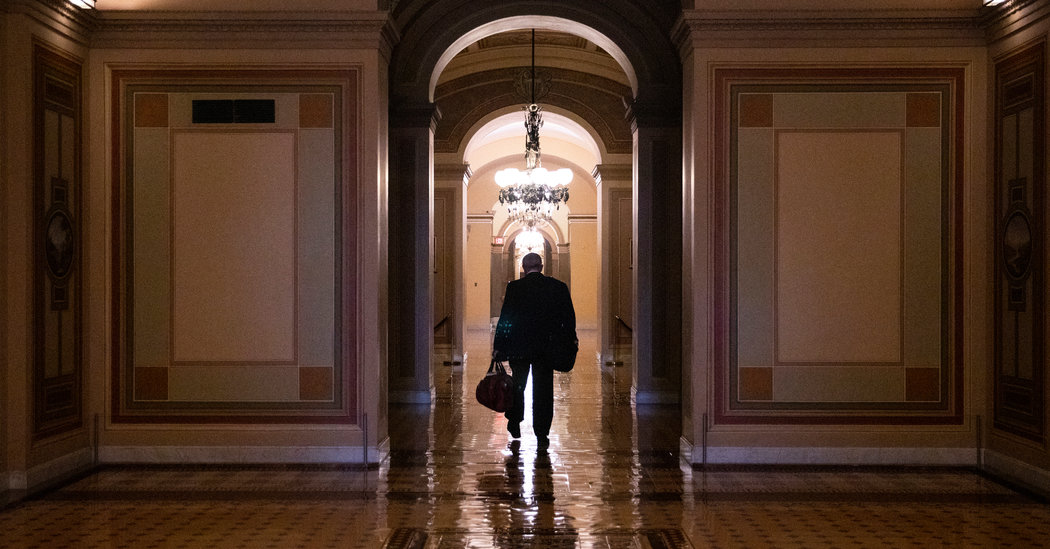 At the risk of sounding critical, the second day of Q. & A. in the Senate’s impeachment trial of President Trump was less than illuminating — perhaps even the teensiest bit tedious.

The questions were just as transparently loaded as on Wednesday; the answers just as predictable. The arguments the same. At times even Chief Justice John Roberts look bored as the hours wore on and he found himself reading variations on the same tired queries over and over.

Mr. Paul (who is an ophthalmologist, not a lawyer) then left the chamber to hold a quick, huffy news conference at which he upbraided the chief justice over his “incorrect finding” and then read aloud the rejected question. It named the individual he believes to be the whistle-blower and asked House managers to respond to “reports” that this person had worked with a Democratic staffer on the House Intelligence Committee “to plot impeaching the president before there were formal House impeachment proceedings.” Mr. Paul helpfully tweeted his question as well.

There was no shortage of attempts to gin up outrage. The House managers raised questions about who had been paying Rudy Giuliani, the president’s personal attorney and point man on the Ukraine scheme. More than one member of the defense team went after the Biden family. Pam Bondi, the former Republican attorney general of Florida, reprised her breathless account of Hunter Biden’s gig with Burisma, the Ukrainian gas company. He was paid $83,000 a month, she reminded everyone. “He had a very fancy job description.”

One of the more fascinating moments came when defender Eric Herschmann launched into what could have been a campaign ad for Mr. Trump. He ran through a list of the president’s accomplishments, from cutting taxes to replacing NAFTA to building the wall — or at least getting it started — before gushing, that, if all that had been done “solely, solely in their words, for his ‘personal and political gain,’ then I say, God bless him! Keep doing it! Keep doing it!” MAGA comes to the floor of the United States Senate.

And after all that back and forth? The battle lines remained exactly where they were the day the process began.

The key takeaway from the president’s legal team: Nothing to see here, folks! Plus, the House managers have done such a shoddy job of uncovering and presenting that nothing that this entire exercise is a travesty. Validate it at your peril.

And from the House managers: There’s a ton to see here! And if you want to see more, why don’t you subpoena John Bolton and other witnesses and documents?

Friday’s witness drama is, of course, what Thursday was really all about. Forget the Q. & A. Around Capitol Hill, everyone was on the hunt for clues as to how the vote count was shaping up, with the handful of senators considered ambivalent being read like tea leaves: What did the questions submitted by Susan Collins of Maine portend? Alaska’s Lisa Murkowski was seen during a break talking to Majority Leader Mitch McConnell! What was he saying? Had anyone heard anything from Lamar Alexander of Tennessee? Mr. Alexander, who is retiring at the end of this year, is an institutionalist concerned with upholding the integrity of the Senate. But he’s also one of Mr. McConnell’s BFFs. Which way is he leaning?