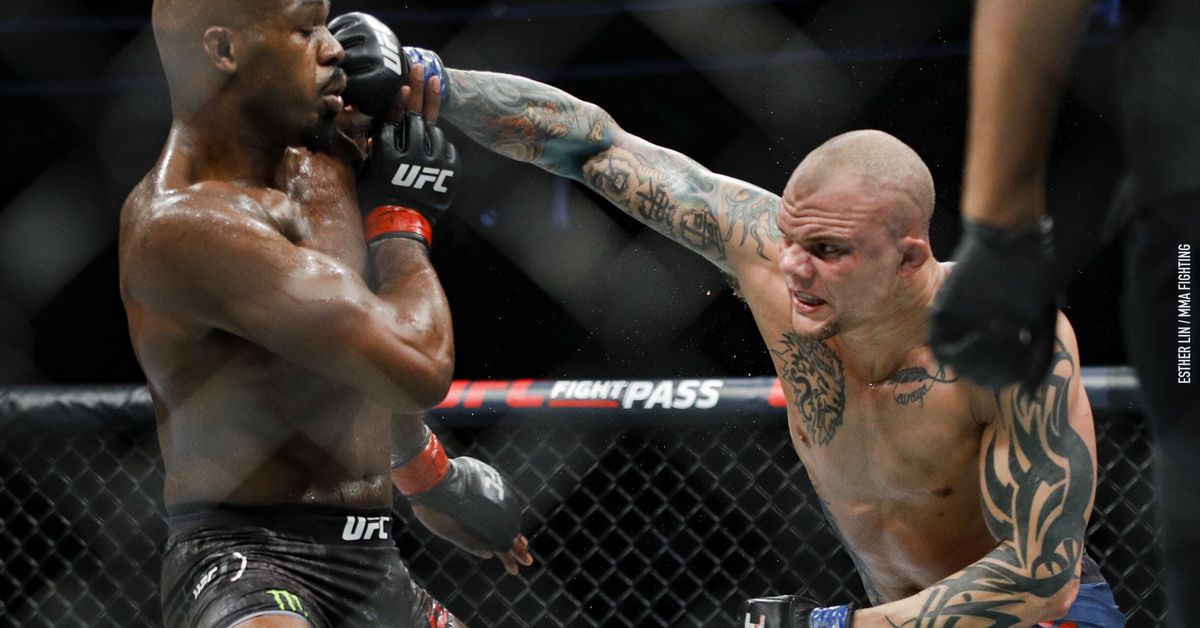 Anthony Smith was unable to solve the puzzle of Jon Jones, but he doesn’t believe it will take a heavyweight to defeat the reigning 205-pound champion.

That viewpoint is in contention with fellow UFC light heavyweight contender and analyst Daniel Cormier, who recently told BT Sport that he doesn’t think Jones can be beaten in his current weight class. Cormier has failed to defeat Jones twice while Smith lost a unanimous decision to Jones in the main event of UFC 235 last March.

Cormier’s opinion is that Jones will meet his match when he finally makes a highly-anticipated (though not guaranteed) move to heavyweight; Smith, however, feels that Jones can lose at light heavyweight.

“And when I hear DC talk sometimes, I get the feeling as if he’s talking about someone who’s unbeatable. Especially a man who was winning the second fight and just got clipped and got put down. I mean, I think all judges had DC up, he was winning every minute of every round up to the point he got kicked.”

Cormier lost a unanimous decision to Jones in their first meeting at UFC 182, and then lost by head kick KO two years later at UFC 214 (the latter results was later overturned to a no contest when Jones tested positive for banned substances). The former Olympic wrestler appeared to be faring better in the second encounter before being finished in the third round.

In Smith’s own try, he was soundly outpointed by Jones in a five-round fight that was light on action. Still, he’s spoken of wanting to rematch Jones and of how different his approach would be given another shot. He acknowledged that were he a heavyweight stepping into the cage with Jones, there are certain built-in advantages he would have.

“So I always feel really uncomfortable when I hear DC talk like that,” Smith said. “One, because I don’t see that when I seen him fight him the second time, I seen a guy that was definitely beatable. And I didn’t feel like that when I was in there with Jon Jones.

“Would some more size absolutely help, for sure. If I was bigger and a couple of inches taller and had a few more inches of reach on me, absolutely that’s easier to do, for sure. Also, if you’re a heavyweight and you’re a big power striker, maybe you can get away with putting Jon Jones out without having to be better than him for an entire fight. That’s how I look at it.”