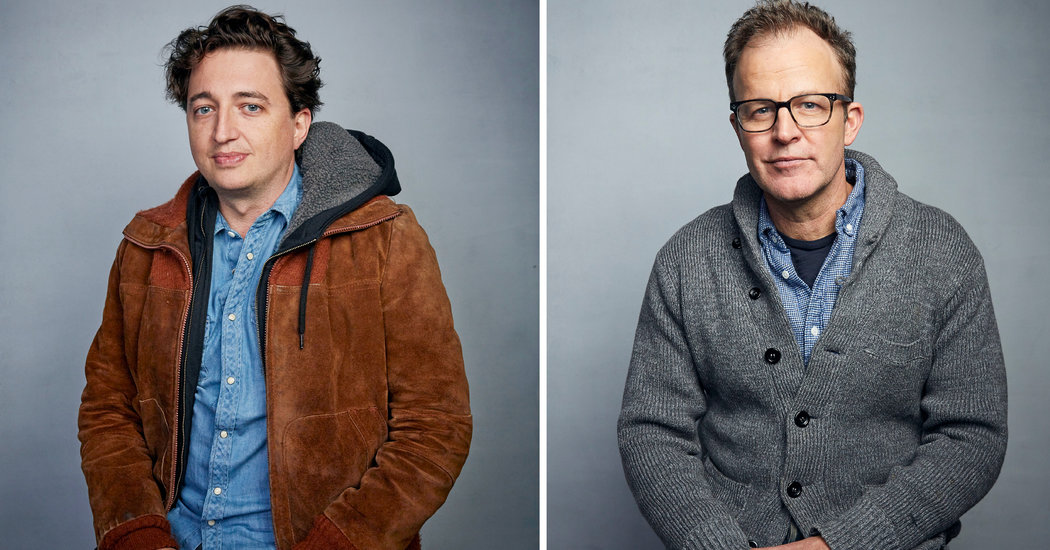 PARK CITY, Utah — When the writer-director Benh Zeitlin was unexpectedly thrust into the middle of the Oscar melee in 2012 with his debut feature, “Beasts of the Southern Wild,” it was a surreal, discomforting experience filled with stiff tuxedos and awkward small talk — light years away from his ragtag existence in New Orleans, where he makes lyrical, atmospheric movies with his friends.

Zeitlin was soothed somewhat by the people he met on the trail: a sit-down with Daniel Day-Lewis, a kind word from Sally Field, an interaction with Martin Scorsese, who was struggling at the time with his edit of “Wolf of Wall Street.”

“It was cool to see someone that legendary be just as stressed as me when I was cutting ‘Beasts,’” said Zeitlin, a Hollywood outsider who before his Oscar run had only visited Los Angeles once in his life.

Eight years later, this one-time Oscar wunderkind finally popped back up at this year’s Sundance Film Festival with his sophomore effort, “Wendy,” a grass-roots “Peter Pan” seen through the eyes of a liberated, adventurous Wendy Darling. Where had he been?

The pressures of the Oscar spotlight can be enormous. As nominees this year have surely discovered, becoming part of the Hollywood ecosystem comes with its own set of challenges, ones that often require you to conform to specific expectations rather than to pursue your own creative endeavors. Zeitlin and another director who went through a similar experience, Tom McCarthy of “Spotlight,” resisted that pressure — and at Sundance this month, the results of their decisions were on display.

Zeitlin’s time among the glitterati had crystallized what he wanted his future to look like, and it was nothing like theirs. As the recipient of two highly coveted nominations — best director and best adapted screenplay (his film also drew a best picture nomination) — Zeitlin had earned an invitation into the club. He could have easily parlayed his success into a hefty studio payday. Yet he chose a decidedly different route. He did hire an agent, temporarily, to fend off incoming offers, including the opportunity to work on a mega-budget “Pirates of the Caribbean” movie for Disney. “He served as my bouncer,” said Zeitlin, now 37, who instead took his newfound cachet and created his own pirate adventure.

“When it became clear that we were going to have this opportunity to make whatever we wanted, we were like, ‘O.K., we got to make the craziest one now, because who knows if they’ll ever let us back in,’” he said.

The Oscar visibility did buy him something: a bigger budget, a more ambitious palette and significant development money from his new studio partner, Fox Searchlight — the company that secured a first-look deal with the auteur when it paid $2 million for U.S. rights to “Beasts.”

He filmed on the islands of Montserrat and Antigua, Mexico’s Yucatán Peninsula and in Louisiana. Postproduction lasted close to two years. And the film was made using the same unconventional approach he employed for “Beasts”: writing and rewriting all the way through production with his sister, Eliza Zeitlin, who also served as the production designer; casting nonactors to play the roles; preferring practical magic — like using a thermite mixture to create underwater fire — to computer graphics.

Zeitlin debuted his film on Sunday to mixed reviews. The Playlist’s Greg Ellwood said “Zeitlin’s talent to soar cinematically remains intact,” while Leah Greenblatt of Entertainment Weekly wrote, “By the ninth montage of cliffs and shore and joyful screaming down a hill, it all starts to feel a little like a film-school reel.”

Zeitlin’s decision to spend so much time on his own arts-and-crafts project left many shaking their heads. They may be equally perplexed to see the writer-director Tom McCarthy, who took on the Catholic Church in the best-picture winner “Spotlight” (2015), return to Sundance with “Timmy Failure: Mistakes Were Made,” a kids’ movie co-starring a computer-graphic polar bear that will debut on Disney Plus next week.

“I’ve seen a lot of people win Oscars, win best pictures, do that thing, and then it’s like they’re almost trying too hard to go back to the well,” McCarthy said. “I didn’t want to do that.”

The awards race marathon — which this year concludes on Feb. 9 — is a boon for the industry: Studios spend gobs to promote their best films, and the Hollywood ecosystem froths from the trickle-down economics. Everybody from trade publications to florists to limo drivers benefits from the awards industrial complex — everyone, except maybe the talent. Yes, their star power rises in both ephemeral and concrete ways, but for those hellbent on creating their own destiny, the months away from their work can be dispiriting.

Zeitlin had been away from his New Orleans home for most of the year following the Sundance debut of “Beasts.” “I was both desperate to get home and desperate to get to work,” he said. “It was the first year I hadn’t created anything, and that was the most intense feeling.”

McCarthy too had moved his family temporarily to Los Angeles for his awards-campaign obligations. It was a “wholly uncreative” time, he said.

The 53-year old director, who began his career as a character actor, had been warned years earlier that this would happen. Back in 2004, he had a toe-dip experience with the awards race when his directorial debut, “Station Agent,” vied briefly for accolades against Peter Jackson’s final “Lord of the Rings” installment. McCarthy kept running into the New Zealander on the campaign trail, and Jackson’s frenetic pace didn’t align with the rest of the nominees’ behavior. His secret: In between all the glad-handing he would hole up at a hotel in Los Angeles writing “King Kong” with Fran Walsh and Philippa Boyens.

“He said to me, ‘If you can, cling to the work,’” McCarthy recalled.

Cut to 2016, and McCarthy found his creative reprieve two weeks before the Oscars, when his New York theater friend Brian Yorkey asked him to help out on a new Netflix series “13 Reasons Why.” A surprising follow-up to “Spotlight”? Maybe. But the project was set to start shooting soon, and McCarthy could dive in, writing and directing on what would become one of the streaming giant’s most popular series.

“I really just wanted to work,” McCarthy said. “I didn’t have another movie ready, and I didn’t want to just jump into another movie.”

That same ethos has now returned McCarthy to Sundance, 17 years after the festival launched his directing career. His friends have given him grief for giving up his indie cred; one text message read, “See you’re keeping it real at Sundance with your Disney movie.” He, too, is aware of the irony. For “Station Agent,” his producers gave out beef jerky as the film’s party favor. For the “Timmy” premiere, Disney created an ice sculpture of a polar bear.

Still, McCarthy finds no shame in making a kids’ movie. To him, chronicling the adventures of a quirky, complicated kid detective was just as invigorating as depicting the Boston Globe newsroom in “Spotlight.”

Zeitlin’s grand experiment of keeping Hollywood at arm’s length has also meant he could maintain his single-minded approach to making movies. It helps that he’s changed very little in his life since “Beasts.” He moved into a different rented house, though not a nicer one. He’s single. He doesn’t own a car, or even a pet.

“My biggest fear is not being able to make my art,” he said. “If people don’t like my movie or whatever, knowing that I can always go home and live, and make things that I want to make has always been really important to me. So, I’ve never taken on anything that would be a real problem if I lost it.”