The upcoming 2021 BMW M4 Coupe was spotted again being tested on public roads, still covered in full-body camouflage that hides most bodywork details, including the company’s controversial new take on the iconic kidney grille.

Despite the swirly wrap covering pretty much every surface, the 2021 BMW M4 Coupe can’t hide its very purposeful look with its wider fenders front and rear, the more aggressive bumpers and the deeper side sills.

The front end is expected to be dominated by the huge kidney grille that extends from the bonnet line to the lower end of the bumper and features sculpted surrounds, combined with a set of slimmer headlights. The rear end will feature slimmer taillights compared to the M3 -and the 3-Series in general-, a rear diffuser and the classic quad exhaust tailpipes. 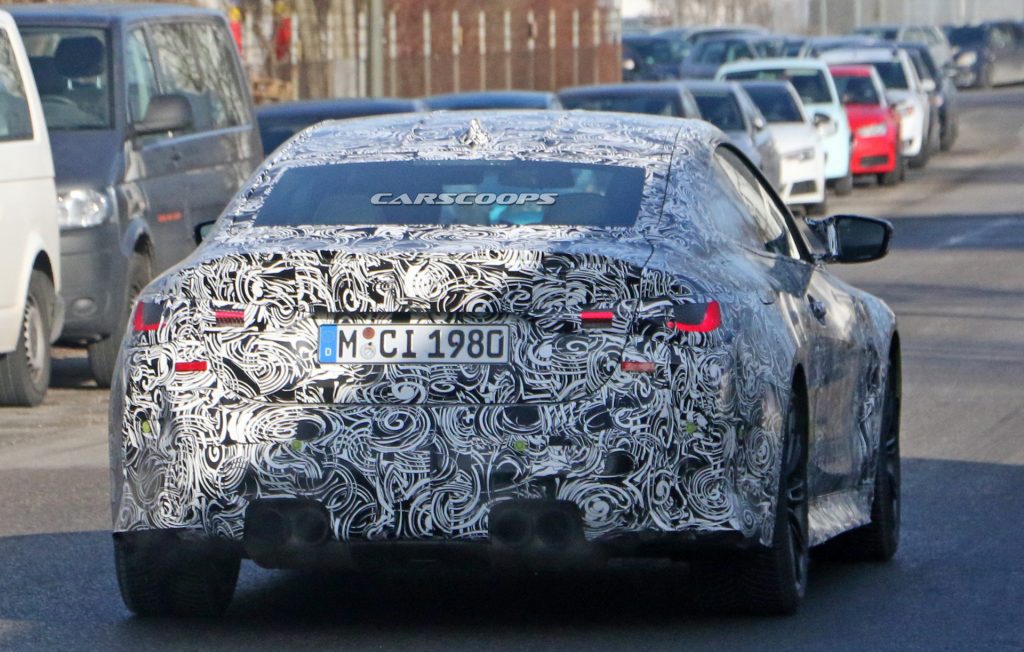 Power will come from a twin-turbo 3.0-liter straight-six engine, the same upgraded unit that debuted in the new X3 M / X4 M. Base versions of the 2021 BMW M4 will be offered with 473 HP (480 PS) while the more powerful Competition variants will get 503 HP (510 PS). Both models are expected to ditch the dual-clutch automatic transmission in favor of an eight-speed automatic.

For the first time in the history of the M3/M4 we’ll also get an all-wheel drive system, similar to that found in the M5. The system will offer the option of disconnecting the front axle for those wishing to practice their drifting skills, while making the new M4 a true all-weather weapon. 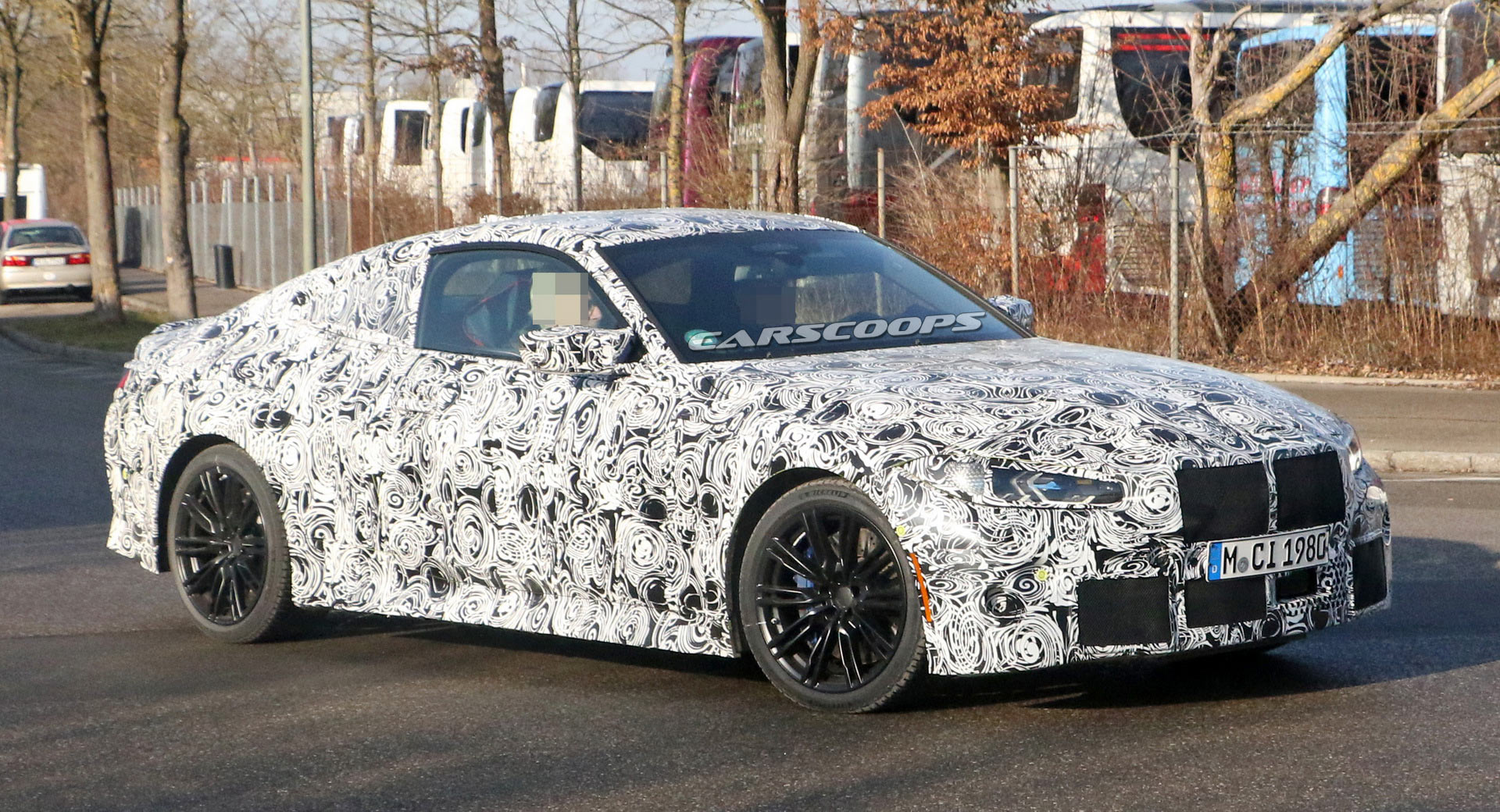 Rumors about a potential rear-drive manual variant were confirmed last November by BMW M chief Marcus Flasch. The rear-drive BMW M4 is expected to be the cheapest member of the range, targeted at purist fans of the model and brand.

The 2021 BMW M4 Coupe is expected to make its debut sometime this summer, with series production to begin towards the end of the year.