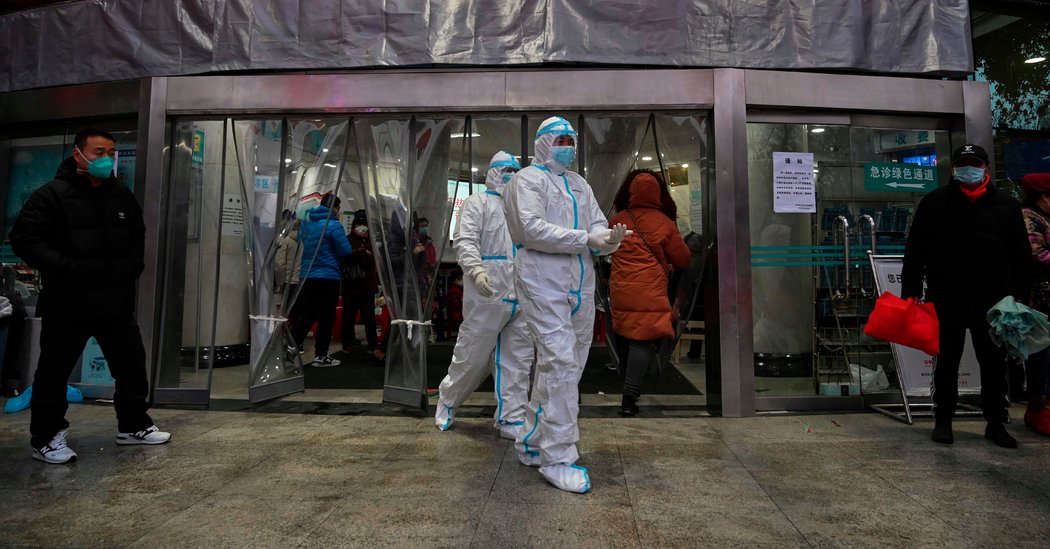 It’s the largest quarantine in human history, but will it stop the disease?

In response to the new and still poorly understood coronavirus that recently emerged in Wuhan, central China, the Chinese government has placed the city and a dozen others in lockdown — in effect quarantining an estimated 56 million people.

The cities have been sealed off; transportation in and out of them has stopped. Schools are closed, and traditional celebrations for the Lunar New Year have been suspended. Yet as of Monday, at least 80 people had died, more than 2,740 were confirmed to have been infected and cases had been detected in at least 10 other countries.

Other governments have taken similar measures. Hong Kong has banned the arrival of travelers from Hubei Province, where Wuhan is located, and has set up isolation centers in two holiday villages to monitor people who have had contact with carriers of the virus.

Zhong Nanshan, of China’s National Health Commission, is reported to have said that the most effective way to stop the virus, which appears to be spread by droplets, was a quarantine.

In Wuhan, a city of 11 million, both patients who believe they have been infected by the coronavirus and people with other medical problems are having difficulty seeing doctors: Shortages are common at such times, and quarantines only compound them. Residents are complaining on social media about inadequate care. Distrust of the health authorities is mounting.

And then, of course, overcrowding at hospitals, which mixes some presumably sick people with the healthy, increases the risks of transmission.

Some people may have tried to escape the stricken cities for less-infected areas. Others may be hiding from public health workers. A woman from Wuhan, apparently eager to stick to her travel plans for Lunar New Year, reportedly cheated a health check by taking fever-reducing drugs to bring her temperature down — and then admitted doing so on social media after she had arrived in France.

An integral failing of most quarantines is that some people, seeing the restrictions as overly strict and an imposition on their rights, will invariably try to bypass them. Their evasion, in turn, can endanger public health.

So, do quarantines contain a disease or might they actually contribute to spreading it?

China’s health authorities will probably eventually argue that there would have been many more cases had they not locked down cities. But that claim is a negative that cannot be proved. And in my opinion, at this stage, the quarantines decreed by the Chinese government will not help end the crisis.

More often than not, health officials are several steps behind a spreading epidemic. And when they aren’t, the history books show, they tend to act too fast (costing a fortune) or unfairly (discriminating against some populations).

Quarantine laws — from the Italian “quaranta giorni,” meaning 40 days — were first developed in Venice in 1370, to keep the bubonic plague at bay by banning any ships and goods for the time it seemed to take most epidemics to burn themselves out. The measures’ effectiveness then was never studied, yet the practice was refined over time. During the industrial age, for example, European nations reinforced quarantines with “cordons sanitaires” — a ring of armed guards preventing the entry or exit of anyone deemed or feared ill with an epidemic disease.

By the 19th century, many major cities in Europe and the United States had a “lazaretto” — a remote island or containment facility to isolate the sick and those suspected of being sick. Before the advent of effective vaccines, intravenous fluids and other medication, the people who were segregated were rarely cared for, and many died. In numerous instances, too, quarantines were used to separate people considered to be dirty or undesirable.

In January 1892, an epidemic of deadly typhus fever broke out among Russian Jewish immigrants settled in boardinghouses on the Lower East Side in New York City. The local Health Department rounded them up, along with other Jewish residents who happened to live nearby. Hundreds of immigrants — but no other New Yorkers who were ill or suspected of being ill — were quarantined in tents on North Brother Island in the East River. Some contracted typhus as a result of being crowded in with the sick.

Later that year, New York State’s quarantine officer, William Jenkins, diverted to remote islands hundreds of impoverished East European, Jewish passengers coming from Europe and Asia in the steerage section of ships. The measure was designed to forestall the spread of an outbreak of cholera that had originated in Hamburg, Germany, then the largest port in the world — only it did not apply to first-class passengers. Dr. Jenkins was thought to have overshot, was roundly criticized and eventually lost his job.

In 1900, the San Francisco authorities responded to a bubonic plague epidemic by quarantining buildings in Chinatown mostly occupied by Chinese immigrants. They did not, however, quarantine native-born Americans who lived directly across the street. Some doctors claimed the plague was a disease of “rice eaters,” not “meat eaters.”

The 1918-9 influenza pandemic killed an estimated 50 million people worldwide, including up to 750,000 in the United States. In 2007, I led a group of researchers to study the use of what we called non-pharmaceutical interventions in America. We looked at 43 large cities that employed some combination of (1) isolating the ill or suspected cases in hospitals or at home, (2) banning public gatherings and, in some cases, shutting down roads and railways, and (3) closing schools.

We found that in the cities that acted early, for sustained periods, and that simultaneously used more than one measure, rates of morbidity and mortality were lower than in the cities that did not take such measures. We concluded that in the face of a severe influenza pandemic, non-pharmaceutical interventions should be considered to complement vaccines, prophylactic medication and treatment — though only as a last resort and only for a highly lethal infection because they are extremely disruptive to society.

In 2009, during the first days of an H1N1 influenza outbreak in Mexico, the Health Ministry immediately deployed a spate of 1918-style measures. Suspected cases were isolated. Schools were closed. Public gatherings were banned, including a regional soccer tournament.

Although those moves did work to limit new cases of influenza, they were abandoned 18 days later, partly because of the huge social and economic costs. More important, even as the H1N1 influenza virus circulated widely — the outbreak was, indeed, a pandemic — it turned out to not be nearly as deadly as a garden-variety seasonal flu. (The common flu kills about 35,000 people a year in the United States alone.) The Mexican government concluded, appropriately, that the stringent measures it had adopted should be lifted given the disease’s relatively limited total toll — between 4,200 and 12,000 dead in the end — even if it might keep spreading.

Early during an epidemic, it may seem reasonable to try to contain it by imposing social-distancing measures as quickly as possible and then release the throttle if evidence suggests those may be overkill. Incremental restrictions, enforced steadily and transparently, tend to work far better than draconian measures, particularly at enlisting the public’s cooperation, which is especially important for properly handling outbreaks in our interconnected, globalized world.

Today, China is adopting classic quarantine measures but on a scale never before seen, let alone studied. Its reaction is perhaps understandable, given the searing memory of the SARS epidemic of 2002-3 and the criticism that was directed at the government for its early attempts to conceal or minimize the extent of the disease. But it may now be overreacting, and after the coronavirus epidemic’s inflection point, imposing an unjustifiable burden on the population.

In the early days of any epidemic, even as leaders come under great pressure to do something, little critical information is available to make truly informed decisions about the best course of action. At this stage of the Wuhan case, though, the virus has already spread, and according to local authorities, some five million people left the city after the beginning of the outbreak and before the lockdown.

Given that, China should be prescribing that its citizens remain calm, stay at home if they are sick, practice good hand-washing and respiratory hygiene, and avoid crowded places, if possible. It must also step up health care measures to tend to both the ill and the worried well.

With the Wuhan coronavirus, as with other epidemics past, quarantine measures may be too much too late.

Howard Markel is the George E. Wantz Distinguished Professor of the History of Medicine at the University of Michigan and the author of “Quarantine!” and “When Germs Travel.”