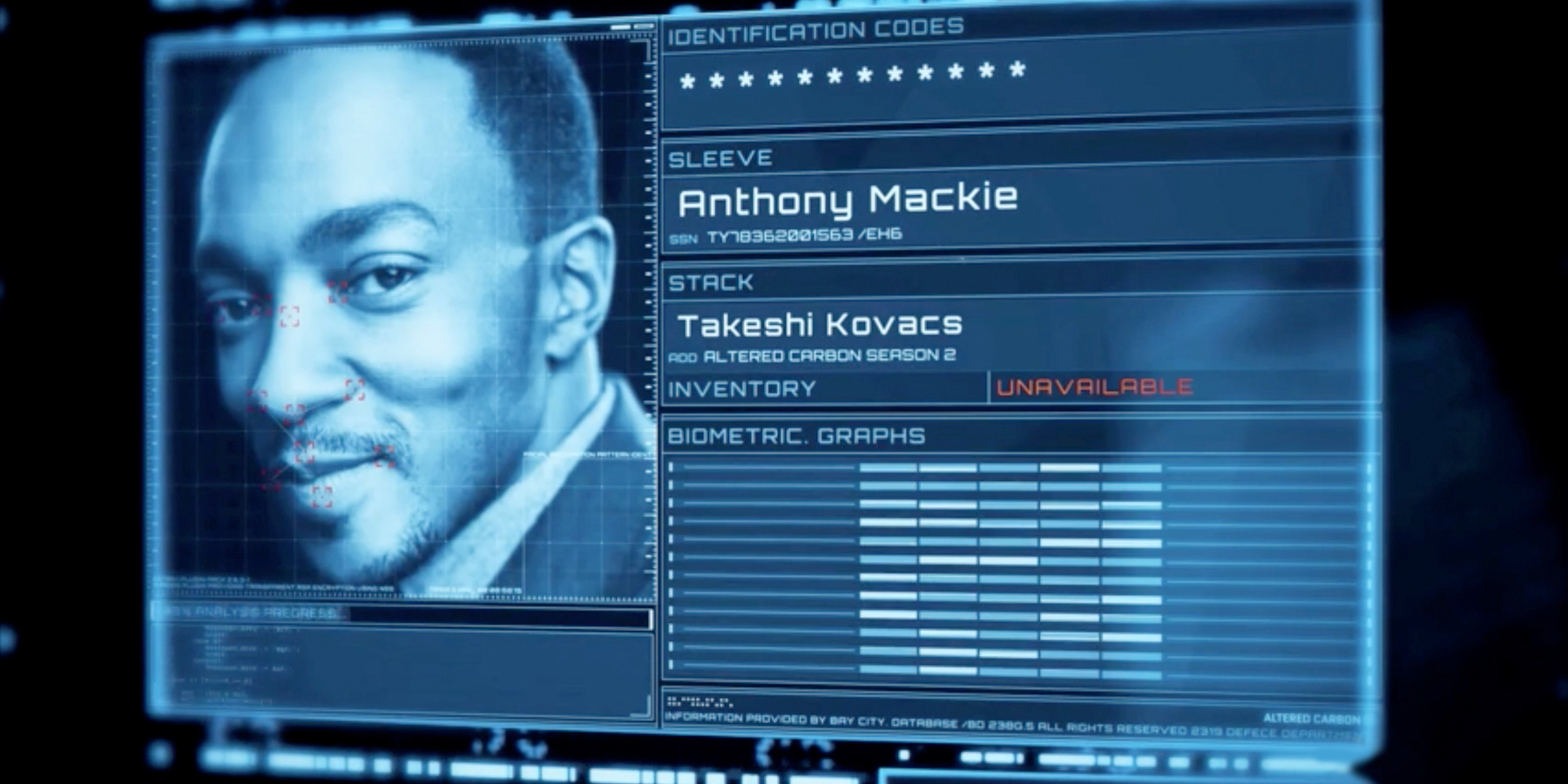 “Altered Carbon” on Netflix is a dystopian thriller, set in a “Blade Runner”-looking future where human immortality can only be achieved through the swapping of the consciousness into the bodies of other, less fortunate people.

Though it seemed the show’s future was in question, Netflix announced in July 2018 that it would indeed get a second season and it would star Anthony Mackie, best known for “The Hurt Locker” and playing Falcon in the Marvel franchise.

Since then, there has been no news, at all, about this show, but now we know that the eight-episode second season will arrive on Feb. 27, 2020 in its entirety on Netflix. The series is based on the science fiction books by Richard Morgan.

The first season had the opportunity to play with the way that its characters moved through the world and made sense of one another as they hot-swapped minds and bodies. In the now-renewed show’s second season, it’s definitely leaning into the conceit in a big way by recasting its lead role.

Mackie will play Takeshi Kovacs, the convicted criminal turned detective portrayed by Kinnaman in the first season. At the end of the season one, Kovacs gave up his “sleeve” (the body of a cop named Ryker that contained Kovacs’ mind) in order to save his life so the transfer will be seamless in terms of the ongoing story.

Kovacs was seen in his original body in flashbacks played by Will Yun Lee and also briefly by Byron Mann. However, neither is listed on IMDb in the credits for season two, but thankfully, Conner is. Together with Renée Elise Goldsberry (as Quellcrist Falconer), they are among the only returning cast members.

While the first season looked gorgeous, it had some issues with life as we see it 350 years in the future. It failed to really explore the potential of a cyberpunk world and instead, was a mediocre detective story with average acting, hiding behind impressive visual effects.

In other Netflix news, the abominably awful, mind-numbing sci-fi drama (and we used that noun in its broadest possible sense) “Another Life” starring Katee Sackhoff has, for some inexplicable reason, been renewed for a 10-episode second season, with production due to start this year in Vancouver.

We’d love to tell you what “Another Life” is all about, but to be perfectly honest, we couldn’t make it past the second episode. It’s that bad.