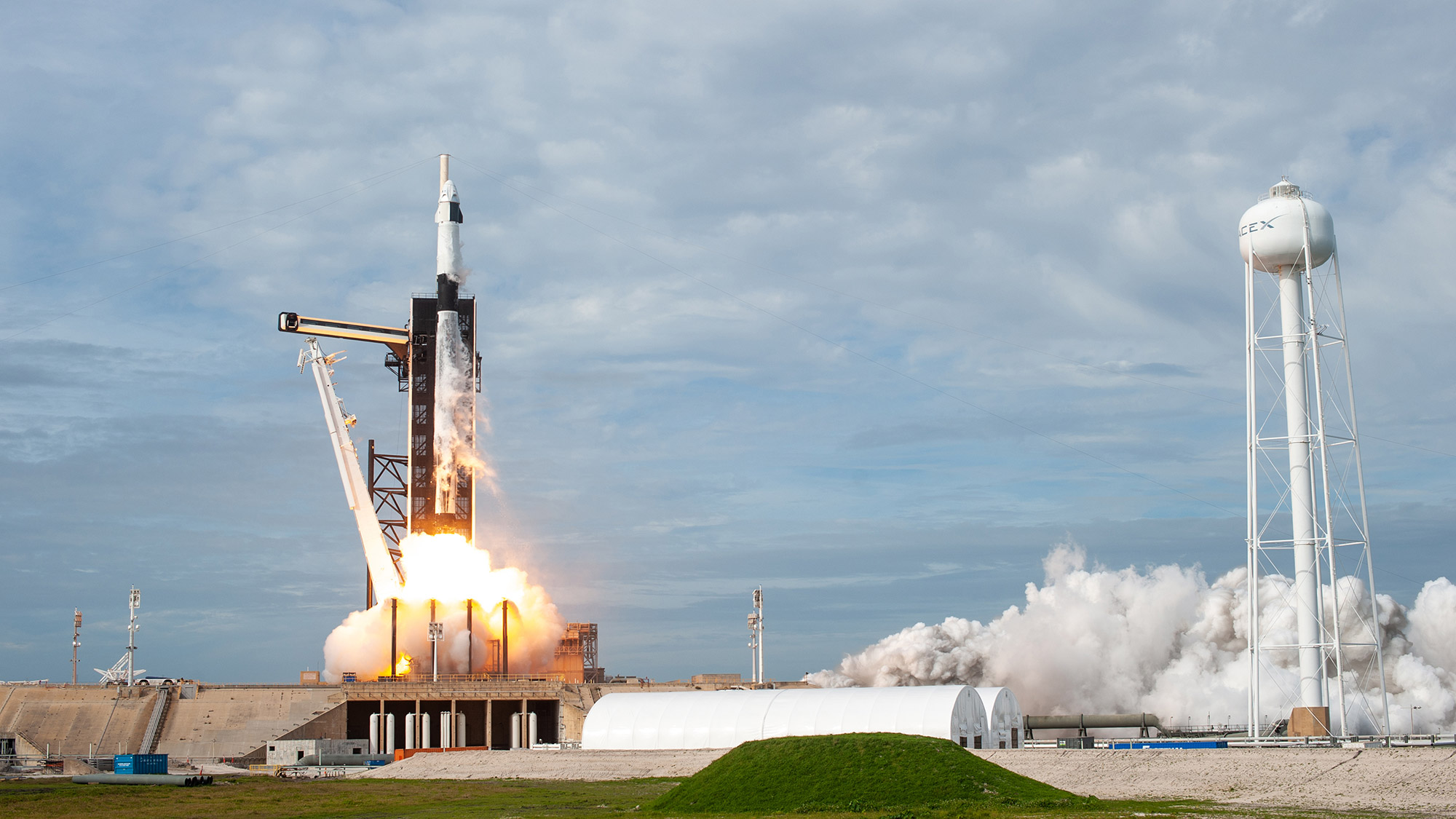 It looks like the United States’ long human spaceflight drought is about to end, in a big way.

No astronauts have launched to orbit from American soil since July 2011, when NASA’s space shuttle fleet was retired. Ever since, the nation has relied on Russian Soyuz rockets and spacecraft to get crewmembers to and from the International Space Station (ISS).

NASA is counting on the private sector to fill the shuttle’s shoes. The agency’s Commercial Crew Program awarded Boeing and SpaceX multibillion-dollar contracts in 2014 to get their astronaut taxis — CST-100 Starliner and Crew Dragon, respectively — up and running.

Related: Crew Dragon and Starliner: A Look at the Upcoming Astronaut Taxis

Both capsules are getting close, especially Crew Dragon, which now has two huge milestones under its belt. In March 2019, the SpaceX capsule flew an uncrewed test mission to the ISS called Demo-1. And, on Sunday (Jan. 19), Crew Dragon aced a crucial in-flight abort test (IFA), demonstrating the spacecraft’s ability to get astronauts out of harm’s way in the event of an emergency during launch.

NASA and SpaceX still need to analyze all of the data from the IFA, and agency officials want to see two more full-on tests of Crew Dragon’s revamped parachute system. But once those boxes are checked, the capsule will be cleared to fly NASA astronauts Bob Behnken and Doug Hurley to and from the ISS, on a test mission known as Demo-2.

It shouldn’t be too long before that landmark launch; chances are good that Demo-2 will lift off sometime this spring, SpaceX founder and CEO Elon Musk said during a post-IFA news conference Sunday.

Contracted, operational crewed missions would then follow. SpaceX’s 2014 deal, which is worth $2.6 billion, calls for the company to fly six such flights with Crew Dragon and the Falcon 9 rocket.

Boeing’s contract has similar terms but is worth $4.2 billion. The aerospace giant’s recent road has been a bit bumpier than that of SpaceX. During Starliner’s version of Demo-1 — the uncrewed Orbital Flight Test (OFT), which occurred last month — the Boeing vehicle suffered a problem with its onboard timing system and got stranded in an orbit too low to allow rendezvous with the ISS. So, the capsule circled Earth by itself and came down after just two days in orbit instead of the originally planned eight.

But Starliner performed well during its time in space, and it pulled off a picture-perfect touchdown at White Sands Missile Range in New Mexico. Therefore, it’s possible that the capsule’s next flight will be a crewed test mission to the ISS, rather than a replay of OFT, NASA Administrator Jim Bridenstine said earlier this month. The agency is mulling the next steps and expects to make a decision in the coming weeks, he added.

And big things are happening in the suborbital arena as well. Indeed, two companies — Virgin Galactic and Blue Origin — may start flying passengers to this region of space in 2020.

Virgin Galactic has already flown two crewed suborbital missions with VSS Unity, its newest SpaceShipTwo space plane. These piloted test flights, which occurred in December 2018 and February 2019, didn’t carry any paying customers, but that milestone is expected to occur sometime this year.

More than 600 people have put down a deposit to ride to space on SpaceShipTwo; a seat aboard the vehicle currently costs $250,000.

Blue Origin, which was founded in 2000 by Amazon.com’s Jeff Bezos, also may be gearing up for a big 2020. Last month, the company flew another uncrewed test mission with its reusable New Shepard system, which consists of a suborbital rocket and a six-passenger capsule. It was the sixth test flight for this New Shepard vehicle and the 12th for the system overall.

Blue Origin representatives had been aiming to start New Shepard passenger flights by the end of last year. It’s no shock that this didn’t happen; pushing timelines back is common in the world of human spaceflight. After all, in 2004, Virgin Galactic founder Richard Branson predicted that SpaceShipTwo would be fully operational by 2007. (There is an operational component to the test flights of both SpaceShipTwo and New Shepard, however; the vehicles commonly carry scientific experiments for NASA, university groups and other organizations.)

Indeed, Blue Origin recently “tapped the brakes” a bit to make sure all of New Shepard’s various systems will be ready for passenger flights.

“We’ve got a couple of more [test] flights before we get there,” Ariane Cornell, Blue Origin’s director of astronaut and orbital sales, said during the webcast of New Shepard’s December test mission.

But 2020 has just begun, so it’s not hard to imagine New Shepard ticking the requisite boxes by the end of the year.

Blue Origin has not revealed an exact ticket price for New Shepard, saying only that it will cost “hundreds of thousands of dollars” initially. Both Virgin Galactic and Blue Origin aim to reduce ticket prices significantly over time, thereby opening up the opportunity to a much broader segment of the global population.

Stay tuned; it should be an exciting year!