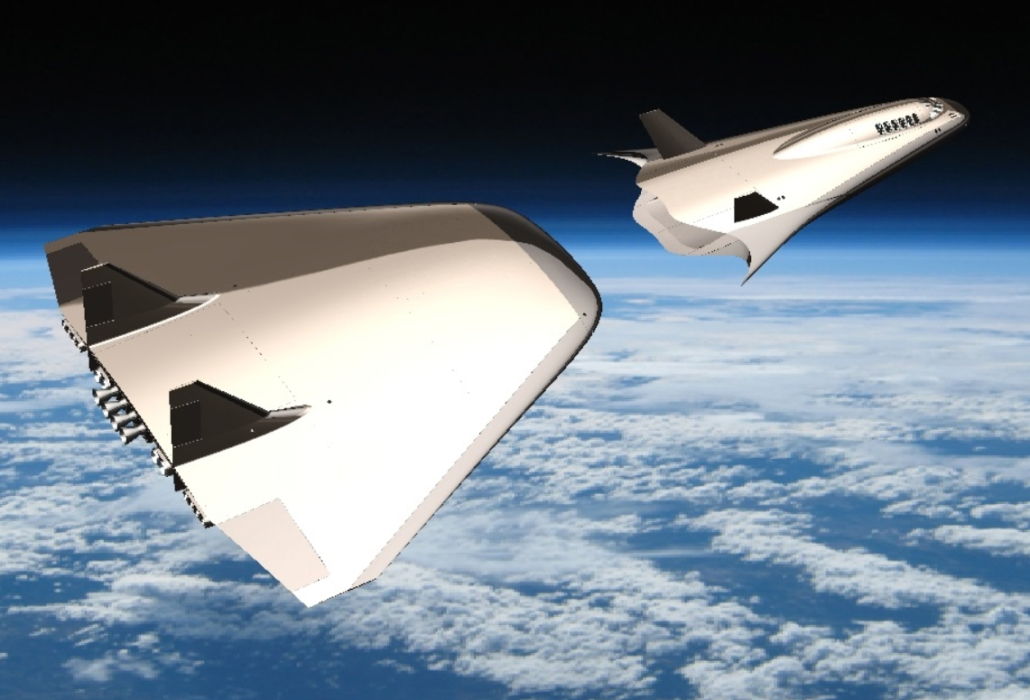 Startup Exodus Space Corp. plans to build a space plane to ferry cargo around Earth. Eventually, that cargo could include people, if the spacecraft is deemed safe enough.

The spaceship — called AstroClipper — will take off from a runaway, make a flight into space and then land again, plane-style. A heft booster at the space plane’s back end will help it get into orbit by giving AstroClipper the speed it requires to break out of Earth’s atmosphere.

Exodus is new and still raising money, but its team includes deep experience across the space industry. Principals at the company have worked at SpaceX, Lockheed Martin and NASA, among others.

The company’s first step is a technology demonstrator in 2022 that would remain within Earth’s atmosphere but eventually lead to suborbital and orbital spacecraft. The eventual dream, in the 2030s, would be carrying passengers if Exodus can get the necessary human-rating regulations achieved.

“This has been a very private project that was in the works for the last 10 years,” Exodus CEO Miguel Alaya told Space.com. “It was not all full-time, but just an ongoing process. Since last year, we have put together a strong leadership team to commercialize this intellectual property.”

He added that the focus on human passengers will come only after Exodus feels confident it can launch reliably and regularly. “Once our concept is well understood and we have a strong track record of success, we will start focusing on human-related applications,” he said.

Exodus has filed for patents and the company is now asking for an undisclosed amount of money. The first test vehicle, called AstroClipper Pico, will launch a drone-size craft to 6 miles (10 kilometers) in altitude to make sure the technology works. If all the funding and development goes to plan, Pico should fly in about 2022.

After that vehicle, Exodus may raise more funds to get ready for its first suborbital flights, which the company hopes to achieve in 2024. It will do so using a Cessna-size spacecraft, called AstroClipper Nano, that will be designed to launch up to 220 pounds (100 kilograms) of cargo to roughly 60 miles (100 km) in altitude.

“With that suborbital vehicle, we are targeting at least three markets,” Alaya said. Exodus is looking at suborbital research and development, hypersonic research (relating to vehicles moving five times the speed of sound or faster, a field of research that is popular with the U.S. government) and also faster point-to-point transport for the government and for commercial clients.

Exodus plans to follow Nano with two more models of AstroClipper that could eventually carry about 2,650 pounds (1,200 kg) of cargo into space by 2030. The company’s current final target is dubbed AstroClipper Max and would fly up to 20 passengers sometime in the 2030s, should the vehicle be approved to carry humans.

Alaya acknowledged that the AstroClipper series of vehicles are in an early stage of development right now, but maintained that the company’s leadership has the expertise to help see the work through. “Looking at the market for the last 10 years, we have a strong understanding of what things we can work or not, and in addition we are not new to the space or the aerospace industry,” he said.

“We’ve worked on vehicles, spacecraft and aircraft. We’re a very experienced leadership team. We also have an extended team of around 40 people that helps us with different aspects of our technology … [so] we do have a big team we’re going to draw from. Once we get funded, we have the people in line to start getting to the work.”