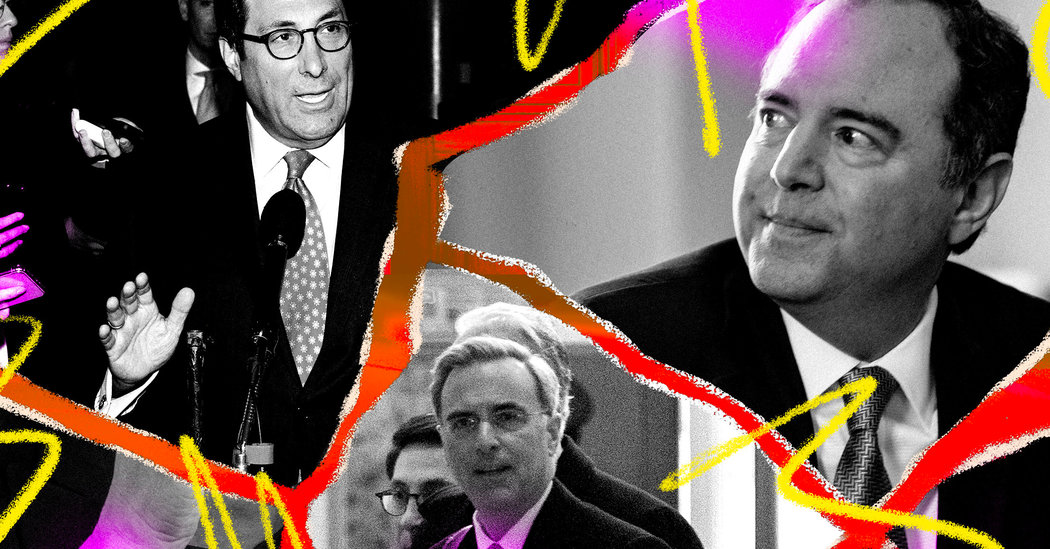 This article is part of the Debatable newsletter. You can sign up here to receive it Tuesdays and Thursdays.

On Monday, President Trump’s chief lawyers in his impeachment trial, Jay Sekulow and Pat Cipollone, submitted a 110-page brief to the Senate laying out the case for his acquittal. The articles of impeachment, they say, are “an affront to the Constitution” brought about by a “rigged” “crusade” against a president who “did absolutely nothing wrong.”

Reminder: The House of Representatives approved two articles of impeachment in December.

Here are the key points in Mr. Trump’s defense against the charges and how legal experts are responding to them.

‘No crime or violation of law whatsoever’

Mr. Sekulow and Mr. Cipollone argue that “abuse of power” is not a crime defined in the federal legal code, and so it cannot be considered an impeachable offense. “After focus-group testing various charges for weeks, House Democrats settled on two flimsy Articles of Impeachment that allege no crime or violation of law whatsoever — much less ‘high Crimes and Misdemeanors,’ as required by the Constitution,” they write.

But this argument flies in the face of an “almost universal consensus” among legal scholars that an ordinary crime is not a prerequisite for impeachment. As Jesse Wegman, a member of The Times’s editorial board, writes, the standard of “high crimes and misdemeanors” has “always been understood to refer to a unique class of offenses, those arising from what Alexander Hamilton called ‘the misconduct of public men, or, in other words, from the abuse or violation of some public trust.’” He adds that the federal criminal code didn’t even exist when the Constitution was drafted.

There are a select few scholars, however, who say the consensus should be reconsidered. One is Nikolas Bowie, an assistant professor at Harvard Law School. In 2018, Mr. Bowie suggested in the Harvard Law Review that impeaching a president without any statutory justification conflicts with a fundamental principle of American law: that a crime cannot be retroactively defined. Impeachment without an underlying legal violation also risks setting a dangerous precedent that “would apply not just to someone as unpopular as President Trump but also to future presidents whose policies happen to misalign with a congressional majority,” he wrote.

“The philosophical defense that the president should only be impeachable for a defined statutory crime is probably the strongest defense available to Trump’s supporters,” writes Noah Feldman, a professor at Harvard Law School who testified in the House impeachment inquiry.

Worth noting: The Government Accountability Office did conclude last week that the Trump administration broke the law by freezing military aid to Ukraine, though the violation carries no criminal penalties.

‘Article I fails because House Democrats have no evidence’

The president’s legal team also asserts that House Democrats do not have a single witness who claims with direct knowledge that he ever actually conditioned the release of military aid to Ukraine on the favor he requested of its leader. In their words: “There was no quid pro quo.”

Fact check: Witnesses testified that they understood the aid freeze, as well as a delayed White House meeting, to be tied to Mr. Trump’s request. Officials who may have more direct knowledge of Mr. Trump’s motives have been blocked by the White House from testifying.

Perhaps more to the point, argues Mr. Feldman, the first impeachment article doesn’t hinge on the existence of a quid pro quo. “On its own, the request that Trump made to Ukrainian president Volodymyr Zelensky in his July 25, 2019, phone call qualifies as solicitation under the terms of the article of impeachment. Trump abused his office merely by requesting the ‘favor’ he mentioned in the call,” he writes. “No actual exchange or quid pro quo is necessary to sustain the charge of abuse of power.”

‘ “Obstruction of Congress” is not an impeachable offense’

Moving on to the second article of impeachment, Mr. Sekulow and Mr. Cipollone argue that the president’s defiance of subpoenas issued by House Democrats was not “obstruction”; rather, it was an exercise of the president’s “fundamental right” to claim executive privilege.

Background: Executive privilege is not a concept that originates from the Constitution, as Amelia Thomson-DeVeaux explains at FiveThirtyEight. Coined by the Eisenhower administration and formalized during Watergate, it affords the president a restricted (and vague) authority to withhold information with just and specific cause.

“There’s nothing inherently wrong with exercising a power that’s not explicitly spelled out in the Constitution,” says Ms. Thomson-DeVeaux. But the power has limits: Last year, Judge Ketanji Brown Jackson, of the Federal District Court in Washington, ruled that advisers to the president do not have “absolute immunity” from congressional subpoenas, contrary to what the administration claimed.

Critics of Mr. Trump’s legal defense argue that it is his blanket refusal to comply with Congress, and within the context of impeachment, that elevates his conduct to the level of obstruction. “If the Senate takes seriously Mr. Trump’s absolutist position,” writes Ronald J. Krotoszynski Jr., a professor at the University of Alabama School of Law, “the chamber will be establishing a startlingly dangerous precedent: that Congress lacks the constitutional authority to investigate effectively criminal wrongdoing within the highest levels of the executive branch, in this instance, allegations of bribery and misuse of government office for personal gain.”

And in any event, writes Jennifer Rubin, President Trump “never actually invoked executive privilege (as many Republicans had falsely asserted).”

Still, some scholars contend that the Democrats weakened their obstruction case by not deferring to the courts to clarify the power of executive privilege. “It’s bad to refuse a lawful subpoena, but the appropriate remedy is to go to court to argue its lawfulness,” tweeted Jed Shugerman, a Fordham Law professor. “Once the Dems decided not to challenge Trump’s bad arguments for not cooperating, they also abandoned the ‘high crime’ aspect of presidential abuse of power.”

[Related: “Should the House Have Gone to the Courts on Obstruction Before Impeaching?”]

‘The impeachment inquiry in the House was irredeemably flawed’

More generally, Mr. Trump’s team argues that the House impeachment process was inherently illegitimate because the Democrats launched the inquiry before authorizing it with a full vote and then denied the president due process.

“None of these objections hold up,” The Times’s editorial board wrote in October.

[Related: Three reasons the law doesn’t back up Mr. Trump’s due process claims]

The argument, then, is less about the legality of the process than about its spirit, which many on the right have decried as unfair and nakedly partisan. “House Democrats have discarded the Constitution, tradition and basic fairness merely because they hate Mr. Trump,” wrote David B. Rivkin Jr. and Elizabeth Price Foley in The Wall Street Journal in October, days before the House voted to formalize the impeachment inquiry.

Mr. Trump’s lawyers also argue that the impeachment articles suffer from a fatal defect: They are “duplicitous,” legally meaning that each charge cites multiple offenses. A vote on a duplicitous article, they argue, can never provide certainty that a two-thirds majority has actually agreed on a specific basis for conviction.

This argument resembles part of Bill Clinton’s defense against his impeachment articles, which, like some of those drafted against Richard Nixon and Andrew Johnson before him, each cited multiple offenses. “A duplicitous charge poses the acute danger of conviction by a less-than-unanimous jury,” his lawyers wrote. “Some jurors may find the defendant guilty of one charge but not guilty of a second, while other jurors find him guilty of a second charge but not the first.”

Do you have an argument about Mr. Trump’s defense we missed? Email us at debatable@nytimes.com. Please note your name, age and location in your response, which may be included in the next newsletter.

MORE ON THE PRESIDENT’S DEFENSE

A guide to the case for and against removing Mr. Trump. [The New York Times]

How impeachment is being argued by the two sides. [The New York Times]

Jonathan Turley, the Republicans’ sole witness in the House’s impeachment hearing, on where “the Trump defense goes too far.” [The Washington Post]

A BREAK FROM THE DEBATE

The founding fathers’ clout has never been greater: On top of getting the hit musical treatment from Lin-Manuel Miranda, they’re now all over TV. On Wednesday, Jimmy Kimmel said Adam Schiff “quoted Hamilton so many times today, he was nominated for five Tony Awards.” Or perhaps it’s more accurate to say that it’s hip-hop whose influence has grown: On Tuesday, Representative Hakeem Jeffries of New York quoted Biggie Smalls on the Senate floor. “I bet it’s only a matter of time before Mitch McConnell responds with a rap lyric of his own,” Trevor Noah said.