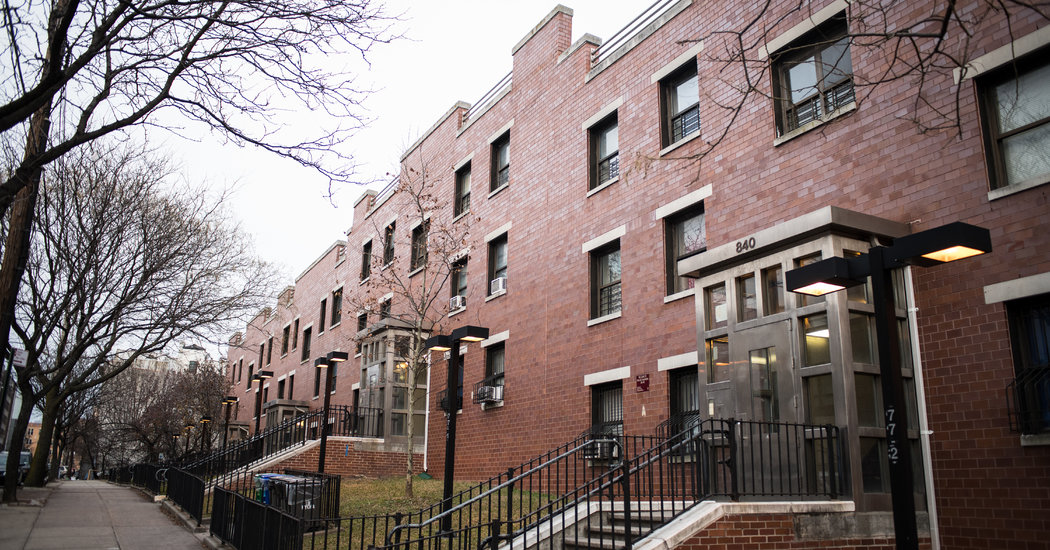 On Monday, the nation honored the towering legacy of the Rev. Dr. Martin Luther King Jr. But the progress he demanded remains unfinished, and nowhere more than in the deeply segregated neighborhoods many of us call home. Dr. King understood that where a person lives determines so many of their opportunities, including access to good jobs, schools, health care, food and safety. Barely a week after Dr. King’s assassination, Congress passed the Fair Housing Act with overwhelming bipartisan support in recognition of this truth.

In the more than 50 years since its passage, the Fair Housing Act has helped fight discrimination in mortgage lending, zoning restrictions that prevent people from being able to choose where to live, and local landlord abuses. In 1973, the United States government used it to charge Fred Trump and his son, our current president, with housing discrimination. Rather than fight those charges, the Trumps signed a consent decree requiring changes to the way they managed their properties. The Fair Housing Act was the only backstop for the people the Trump family discriminated against, and now the Trump administration is seeking to gut its protections.

Key to those protections are two principles established by Congress and enforced by the Department of Housing and Urban Development (HUD), where I was secretary under President Barack Obama. The first is “disparate impact,” which makes clear that policies or practices that discriminate against people of color or other protected groups are illegal even without proof they are intentional. For example, if white couples are regularly approved for mortgages but black couples with the same qualifications are rejected, the bank must fix their loan process, even if its employees didn’t have racist intentions. Under disparate impact, it’s the results that matter.

The second is a mandate that communities “affirmatively further fair housing,” which requires government to promote greater opportunity and integration as well as fight discrimination. For example, if a city’s affordable housing is all located in black neighborhoods with failing schools, limited transportation, and poor health care, that city must make an effort to fix the problems in those neighborhoods and build new affordable housing in other neighborhoods, in addition to ensuring there’s no racial discrimination when any of the individual apartments are rented out.

Both of these principles come from the Fair Housing Act’s recognition that outlawing intentional discrimination is not enough for people of color to overcome the consequences of centuries of oppression. This is especially true because the Federal Housing Administration and other federal agencies deeply embedded racial segregation into our neighborhoods through government-mandated redlining and other practices. Given this history, eliminating overt instances of intentional discrimination, while necessary, isn’t enough.

At HUD, I codified and strengthened these principles. In 2013, the agency issued a formal disparate impact regulation based on decades of unanimous judicial consensus. And in the most important civil rights decision involving housing in a generation, the Supreme Court upheld the disparate impact principle in 2015, recognizing it as consistent with the “central purpose” of the Fair Housing Act. I also began improving HUD’s approach to affirmatively furthering fair housing and my successor, Julián Castro, completed it with a regulation in 2015.

Unfortunately, the Trump administration is now taking steps to dismantle this progress. Last year, the administration issued a proposed regulation that would gut the disparate impact standard. The proposal imposes nearly impossible requirements on those who would bring a disparate impact claim, and insulates the insurance industry and other businesses that rely on technological algorithms in their decision-making, even when they generate bias.

And this month, HUD issued a proposed rule that would fundamentally undermine the affirmatively furthering standard. The proposal would largely strip away the expectation that communities provide housing that fights segregation and increases opportunity, weaken penalties and reinstate a discredited enforcement process. In addition to the obvious conflict of interest for a president who was prosecuted under the Fair Housing Act and stands to benefit personally from these proposed rules, they are reckless and wrong for three key reasons:

First, housing plays a key role in advancing economic opportunity and closing the wealth gap between people of color and white Americans. African-Americans and Latinos have less than one-tenth and one-eighth, respectively, of the household wealth of white Americans, and homeownership remains the largest source of wealth-building for most families. Moreover, where a family lives determines access to jobs, schools, and a healthy environment. If we believe our children’s futures shouldn’t be determined by the ZIP code where they grow up, we need the disparate impact and affirmatively furthering standards to weed out and replace unjustifiable policies that limit opportunity.

Second, how we rent or buy a home is changing, as technology upends the traditional way we figure out where to live. From real estate apps to the hidden algorithmic box that determines credits scores and access to mortgages, our housing choices are increasingly driven by online tools and digital determinations. This makes it harder to understand if the creators of the algorithms intended to discriminate, even as research shows that bias is often built into them. By enabling us to test whether they lead to different outcomes, the disparate impact standard serves as a critical check to ensure that technological tools advance legitimate business and consumer interests without discriminating. The affirmatively furthering principle complements this protection by requiring that we go further than minimizing harm, by actively working to level the playing field and build more equitable communities.

Third, untested new rules that will no doubt be litigated for years can create chaos in our housing markets. The decades-long consensus on the disparate impact standard means that everyone with a stake in housing — from residents and local governments, to real estate developers and the finance industry — should know what to expect and how to conduct their business. And HUD’s retreat from a focus on racial segregation in affirmatively furthering raises serious doubts about whether the new rule meets the basic mandate of Congress.

The Fair Housing Act was enacted with bipartisan support and championed by Democrats and Republicans alike over five decades because it aligns with fundamental American values: fairness, freedom of choice and opportunity for all. Instead of undermining these values, the Trump administration should honor Martin Luther King by withdrawing its proposed rules.

Mr. Donovan was secretary of housing and urban development during the Obama administration.