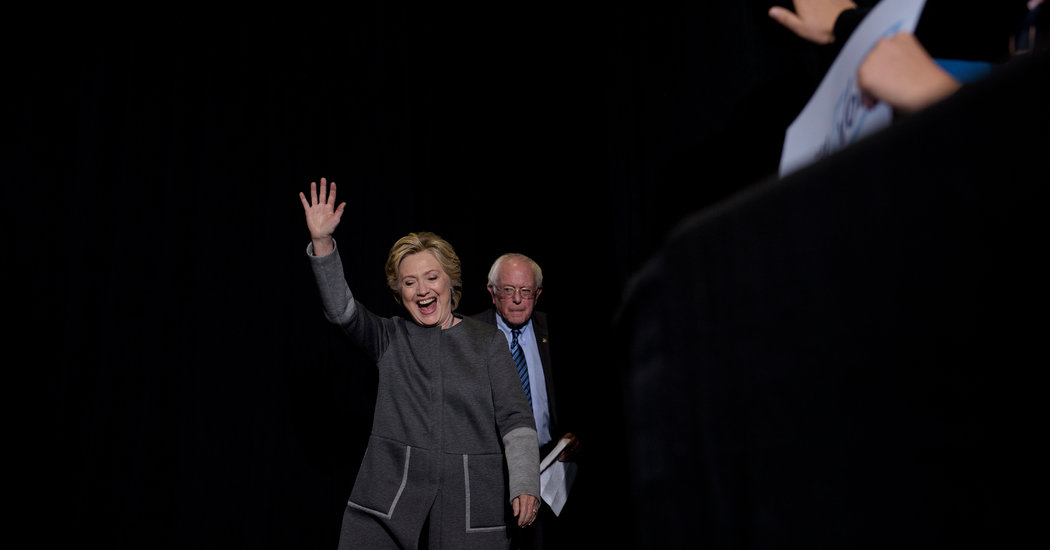 Democrats may not agree on much these days, but on the matter of their greatest wish, there is resounding consensus:

They want to beat Donald Trump this November. Full stop.

So it’s of no help to the cause when Hillary Clinton, the party’s 2016 nominee, disparages other Democrats and shatters party unity based on her own festering resentment.

“Nobody likes him,” Mrs. Clinton said of Senator Bernie Sanders, her rival for the Democratic nomination in 2016 and a leading candidate today, in a new documentary, according to The Hollywood Reporter. “Nobody wants to work with him, he got nothing done. He was a career politician. It’s all just baloney and I feel so bad that people got sucked into it.”

That’ll play nicely in a Trump campaign ad if Mr. Sanders is the Democratic nominee.

Worse, Mrs. Clinton declined to commit to campaigning for Mr. Sanders, or even supporting him, if he wins the nomination.

“I’m not going to go there yet,” she said in an interview with The Hollywood Reporter. “We’re still in a very vigorous primary season.”

As one of Bernie’s younger supporters might say: “Wow. Rude!”

Listen, I get it. It must be hard, after a bitter defeat that kept her from being the country’s first female president, to see her former rival rise in the polls, beloved by his supporters.

But considering the stakes, it’d be best if Mrs. Clinton worked through all that on her own.

It wasn’t so long ago that Mrs. Clinton made similarly pointless comments suggesting that another Democrat in the race, Representative Tulsi Gabbard, was the favored candidate of the Russians. All that did was help Tulsi Gabbard, who some have feared might wage an independent campaign in November. Her relevance was briefly inflated by being the object of Mrs. Clinton’s public ire.

If interest in Mrs. Clinton is high enough to warrant a documentary, fine. But in the middle of a presidential campaign, does she need to be so distracting?

And, as a reminder, after the 2016 Democratic convention, Mr. Sanders campaigned vigorously for Mrs. Clinton. “We have to do everything that we can to elect Secretary Clinton!” he roared to crowds while stumping for her in North Carolina days before the election. “Sanders has been one of the real champions of this campaign,” The New Yorker reported at the time.

It’s really not too much to ask Mrs. Clinton to return the favor, or if that’s too hard, to stay out of the primary contest entirely. That’s not because it’s the gracious thing to do, though it is the gracious thing to do. It’s because an electoral victory by Mr. Trump, as Mr. Sanders made clear when he campaigned for Mrs. Clinton, would be too much for the country to bear.