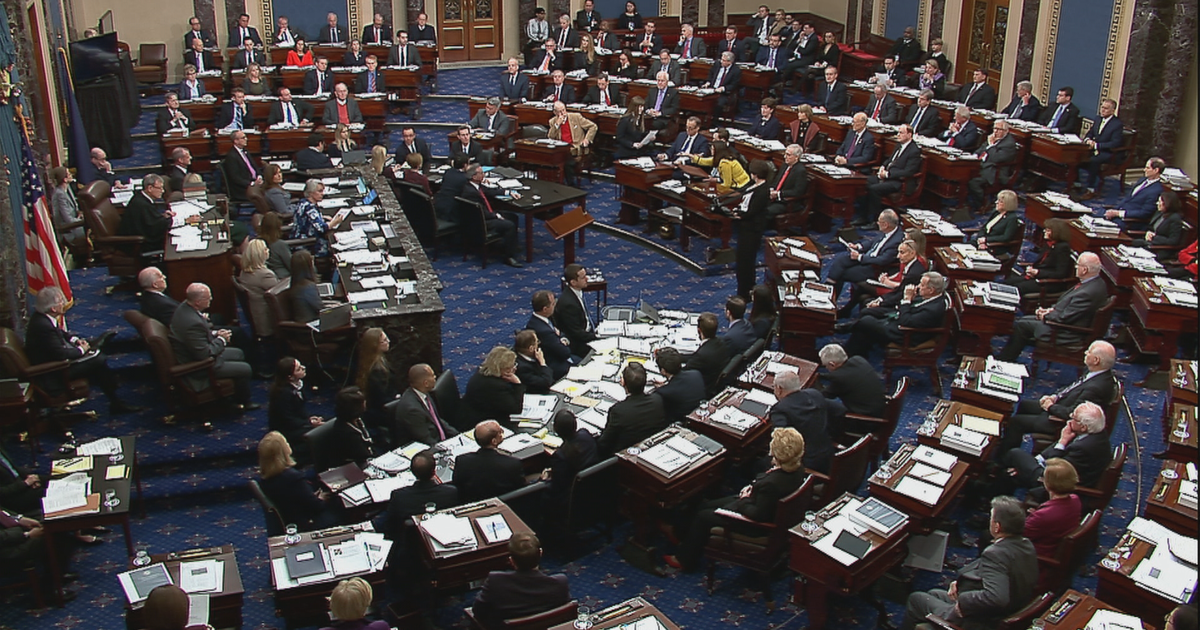 Washington — With a marathon day of debate on the rules of President Trump’s impeachment trial now behind them, the Senate will gather at 1 p.m. Wednesday to hear opening arguments from the House’s impeachment managers.

The Senate approved the parameters for the impeachment trial in the early morning hours Wednesday after Democrats were roundly rejected in their efforts to subpoena witnesses and documents before opening arguments are finished.

Increasingly restless senators sat silently over the 13-hour session as House impeachment managers and White House lawyers debated 11 amendments to the resolution introduced by Senate Majority Leader Mitch McConnell setting the rules for the trial, all of which failed, and all but one in party-line votes. McConnell’s resolution was adopted in another party-line vote of 53-47.

A particularly bitter exchange in the early morning hours prompted an extraordinary rebuke from Supreme Court Chief Justice John Roberts, who is presiding over the trial.

“I think it’s appropriate at this point for me to admonish both the house managers and the president’s counsel in equal terms to remember that they are addressing the world’s greatest deliberative body,” Roberts said. “One reason it has earned that title is because its members avoid speaking in a manner and using language that is not conducive to civil discourse. I do think those addressing the Senate should remember where they are.”

Download the free CBS News app for complete coverage of the president’s impeachment trial in the Senate or watch live in the player above.