The very first 2020 Chevrolet Corvette Stingray has been sold for $3 million to NASCAR team owner and car collector Rick Hendrick during a Barrett-Jackson auction over the weekend.

The car, VIN #001, has yet to be built and won’t be for a few more weeks. It will be painted black and come complete with a black interior. It all also be optioned with the Z51 Performance Package, 3LT trim, the available performance data recorder, and GT2 seats. Chevrolet brought along a Torch Red Corvette for display purposes during the auction which was attended by GM chief executive Mary Barra.

Pencils down. VIN 001 of the 2020 #Corvette #Stingray sold for $3 million at @Barrett_Jackson with all proceeds benefitting @DetChildrensFnd. pic.twitter.com/cLYUn5vuBd

Bidding for the car started at $200,000 and quickly soared past $1 million before reaching $2 million and ultimately selling for $3 million. Hendrick is a prolific car collector and is particularly fond of buying the first examples of new cars. Roughly 12 months ago, he paid $2.5 million for the first 2019 Ford GT Heritage Edition and also owns the first 2018 Chevrolet Camaro ZL1 1LE, first 2017 Acura NSX, first C7 Corvette Stingray, first C7 Z06, and the first C7 ZR1.

All of the money raised from the sale will benefit the Detroit Childrens’ Fund that aims to improve public education throughout Detroit.

“I am the number one Corvette junkie in the world,” said Hendrick after the auction. “Thanks to Chevrolet and Barrett-Jackson, because they always pick charities that are so good and help so many people.” 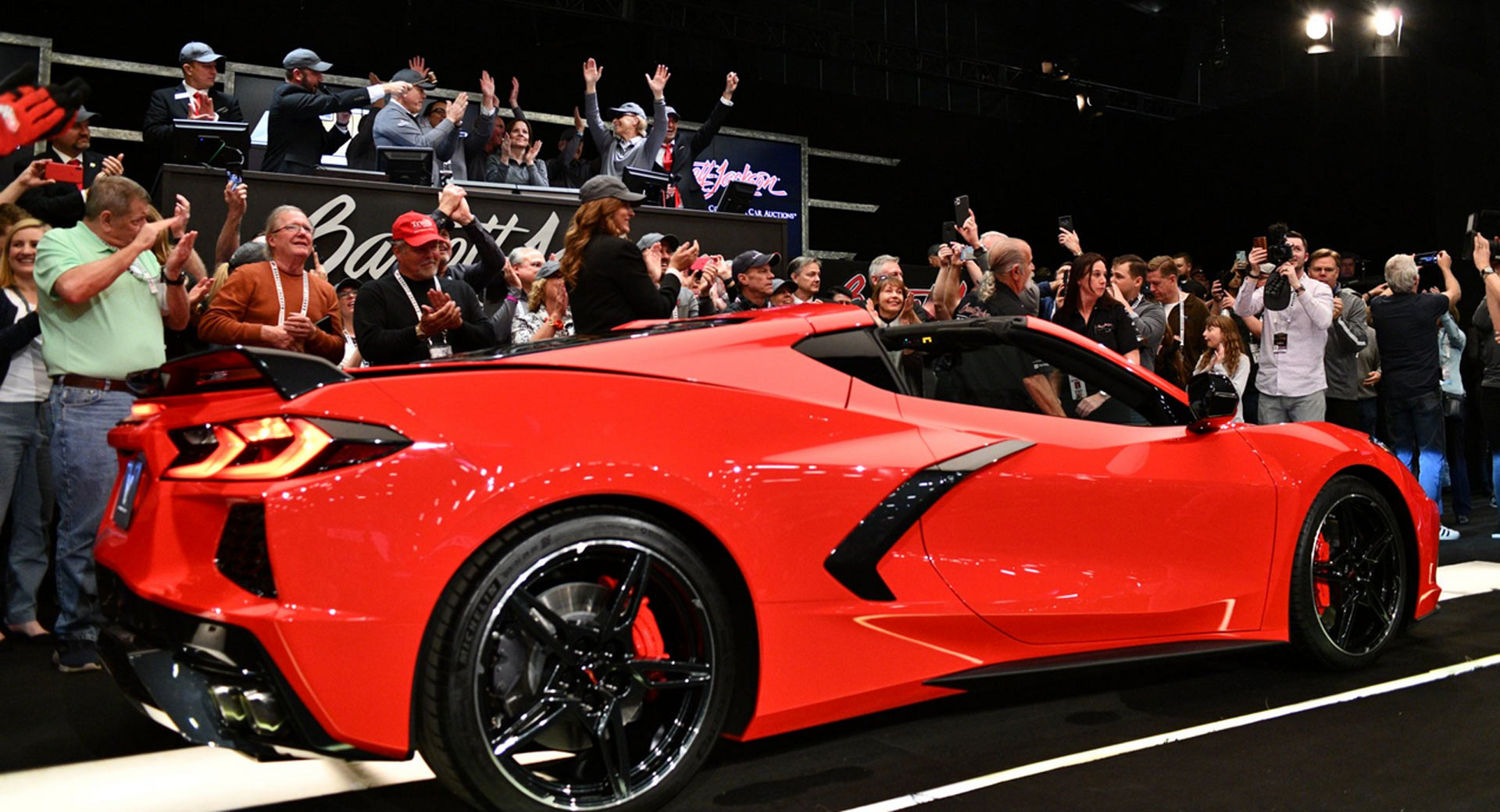