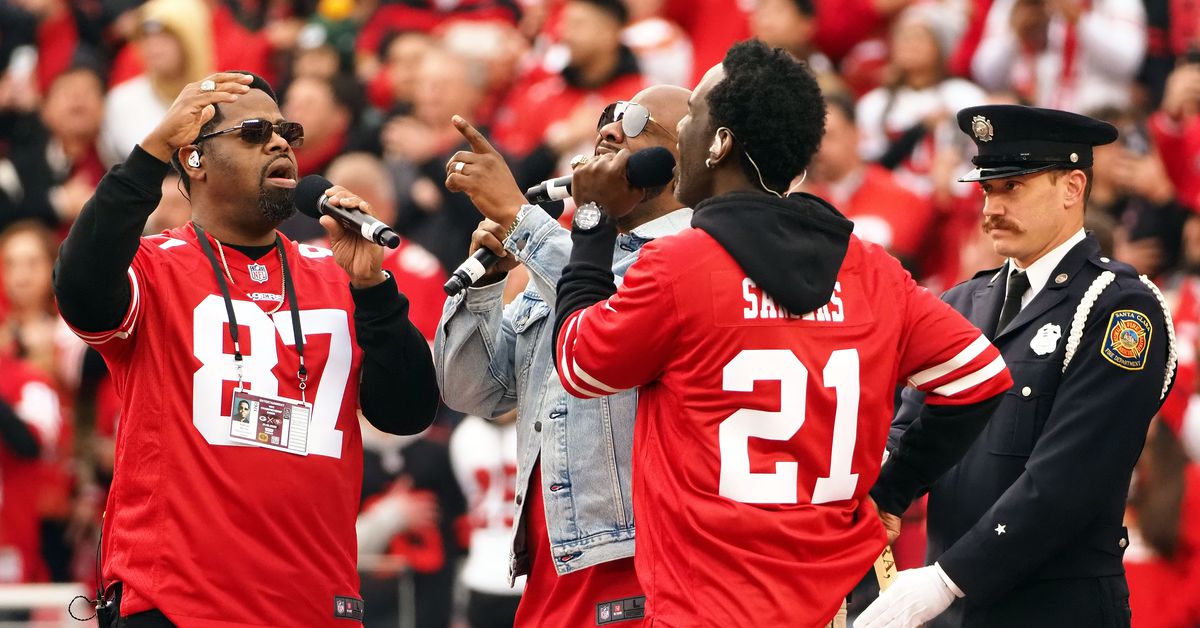 Before Sunday’s Packers–49ers NFC Championship Game, R&B/hip-hop group Boyz II Men performed the national anthem at Levi’s Stadium. The performance itself was absolutely phenomenal, and it made the otherwise bland song (don’t @ me) pop:

While the group is originally from Philadelphia, Boyz II Men has performed the song before 49ers home games in the past. So why is the group seemingly San Francisco fans if they’re from Philly, you’re probably wondering? Apparently it all stems from one of the group’s founding members, Nate Morris, and his experience with an elementary school bully.

“As a kid, when I was 6 or 7 years old, there was this bully who used to beat me up all the time,” Morris said back in 2013 via the Las Vegas Sun. “One day, he came to school, and he was all mad. Really, really upset. I asked one of my friends why he was so pissed off, and he said, ‘The Cowboys had a game last night, and they lost.’ ”

Morris asked, “Who’d they play?” His friend said, “They played the Niners.”

In fact, the band once had a bet with Packers quarterback Aaron Rodgers for him to wear a 49ers jersey. In 2012, TMZ reported that the QB had to wear a San Francisco jersey to media availability after Rodgers asked the group to sing the national anthem at Lambeau Field. The bet was that if the 49ers defeated the Packers in Week 1, then Rodgers would have to don the jersey.

The 49ers won 30-22, but apparently Rodgers never went through with it in the end, though.

Pressing the jersey now! RT @shawnstockman And that should be that for the Packer/ 9er game. Looks like a jersey will be worn!!

If the 49ers defeat Green Bay and make it to the Super Bowl to face the Kansas City Chiefs, one might guess Boyz II Men might make the trip down to Miami. Demi Lovato is singing the anthem, but the group can definitely still go as fans.