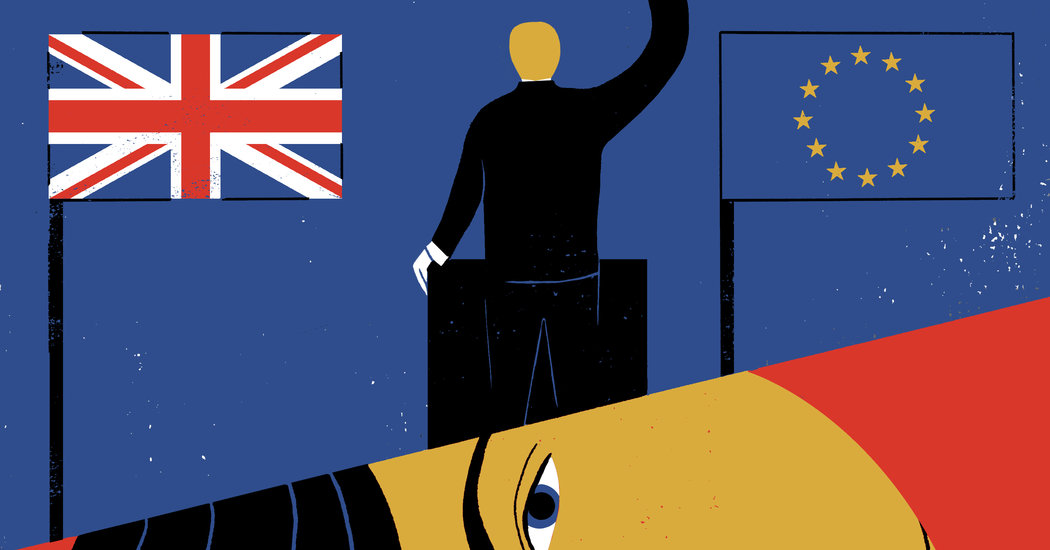 “The E.U. has been a very positive actor in the development of gender equality policies in the U.K.”

— Roberta Guerrina, a professor and researcher at Bristol University

If all goes to plan, on Jan. 31, at exactly 11 p.m. (midnight in Brussels), after almost four years of bitterly divisive negotiations, three failed withdrawal plans and two general elections, Britain will formally end its 47-year relationship with the European Union.

An ending, yes, but in many ways just the beginning, as Britain dives headfirst into negotiations to secure a trade agreement with the European Union over the next 11 months.

The new president of the European Commission, Ursula von der Leyen, has insisted that the time frame is unrealistic. And experts worry that the hurried negotiations will set up a scenario in which Britain either faces another cliff’s edge and leaves abruptly with no deal in hand or ends up with a bare bones deal, the shape of which no one quite knows.

Both options, however, are expected to drag down the economy and, according to some experts, may end up having a disproportionately negative impact on women.

“Women and men are differently situated in the economy,” said Mary-Ann Stephenson, director of the Women’s Budget Group, an independent research organization. In 2018, a majority of part-time or temporary workers in Britain were women, according to the group’s research, and women were more likely to be living in poverty than men.

When the economy slows, as the government expects it will, “those jobs tend to be the first to go,” Stephenson added.

Also at stake are long-established social protections and workplace policies — such as parenting leave, vacations, sexual harassment regulations and anti-discrimination laws. Many of these laws have “a foundation” in E.U. law, said Roberta Guerrina, a professor and researcher of E.U. gender politics at Bristol University.

As a member of the bloc, Britain has been compelled to implement E.U.-level directives and resolutions into domestic law and any violations can be — and have been — challenged in the European justice system.

In 1992, for example, the E.U. proposed a package of protections for pregnant mothers in the workplace and set a minimum for maternity leave known as the Pregnant Workers Directive, forcing Britain to crystallize them in its domestic laws. In 1998, under former Prime Minister Tony Blair, Britain adopted the E.U.’s Working Time Directive, which guaranteed workers at least 20 days of paid vacation.

“The E.U. has been a very positive actor in the development of gender equality policies in the U.K.,” Guerrina said.

The question now is: What happens to this patchwork of laws once Britain leaves the E.U. and is left to its own devices?

Former Prime Minister Theresa May had included a commitment in her withdrawal agreement(s) to maintain those protections after Brexit, Stephenson said.

But when Boris Johnson replaced May as prime minister in June, he moved that language over to the so-called “Political Declaration” — a non-legally binding document that is widely seen as an “aspirational piece of paper that explains where the government would like to be with the European Union,” said Mujtaba Rahman, a former European Commission official who works for the consultancy Eurasia Group.

In other words, many of Britain’s standards and protections for women that were once guaranteed by the E.U. can theoretically be repealed, leaving them vulnerable to the whims of not just this government, which has repeatedly promised to deregulate industries and cut back on red tape for businesses, but future governments, too, with no higher-level checks and balances.

Johnson’s government has signaled it will remain aligned with the E.U. on this front and maintain many of those rules, Rahman said, but “there’s a lack of trust.”

“Do women believe that?” he added. “In light of the things that he has said and done both in his professional and political life, how good is Boris Johnson’s word?”

What else is happening

Here are five articles from The Times you might have missed.

On Thursday, the Senate formally opened the impeachment trial of President Trump, the third such trial in the nation’s modern history and the first during an election year.

House Speaker Nancy Pelosi handpicked a diverse team, including several lawyers and a former police chief, to serve as prosecutors when arguments begin next week. Three of the seven managers, as they are known, are women. Here’s a brief look at the female managers:

1. Sylvia Garcia of Texas: Ms. Garcia, one of the first two Latina congresswomen from Texas, is a member of the Judiciary Committee and a former Houston judge. [Read more.]

2. Val Demings of Florida: Though relatively new to Congress, Ms. Demings has experience on both the Intelligence and Judiciary Committees. But she is perhaps best known for a question she asked during a hearing of Robert Mueller, which prompted the reticent prosecutor to say that Mr. Trump had not been truthful in his dealings with the special counsel investigation. [Read more.]

3. Zoe Lofgren of California: Ms. Lofgren is the impeachment veteran of the team: She was a member of the Judiciary Committee in 1998 when it approved articles of impeachment against President Bill Clinton, and as a young law student in 1974, she helped the committee draft its Watergate charges against President Richard Nixon. [Read more.]

In Her Words is written by Alisha Haridasani Gupta and edited by Francesca Donner. Our art director is Catherine Gilmore-Barnes, and our photo editor is Sandra Stevenson.