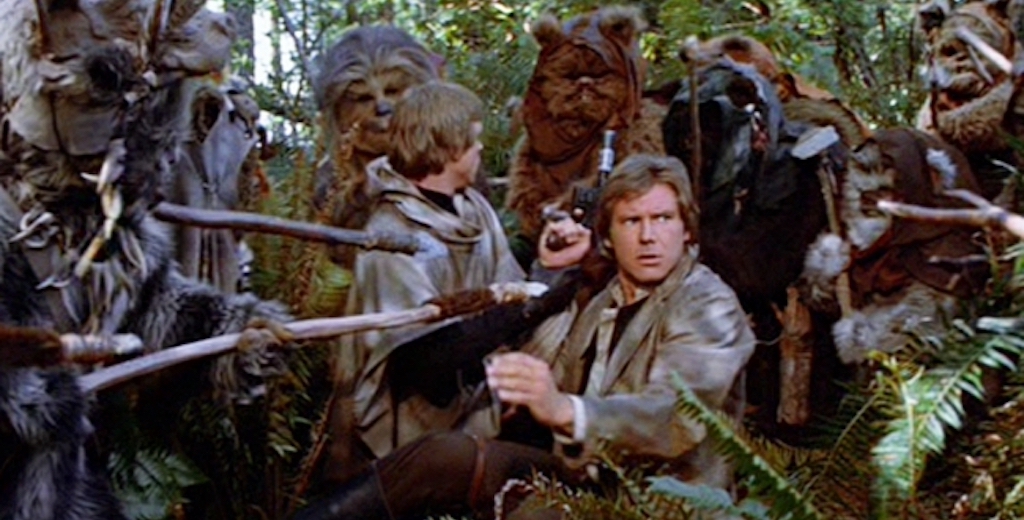 America under Trump can’t afford national health care nor lunch programs nor a student loan bail-out, but we can spend endless money on military might to fight endless wars in the Middle East, to say nothing of a border wall that may prevent nothing. And we can peel off untold dollars for something called “Space Force” — the interstellar wing of the armed forces our president has been talking up since 2018. The military unit many thought was a joke became official this past December, and to make it even more official, they now have suits people on Twitter were quick to find as ridiculous as the name “Space Force.”

Sorry for the question but why do we need camo in space?

How many trees are you expecting to find in space

People were most struck by the use of camouflage, which is used in military uniforms when said troops are deployed to places such as jungles, where soldiers want to hide — or “camouflage” — themselves in their surroundings. In other words, they’re not exactly necessary when where you’re going requires giant suits that can sustain your life in places that can’t sustain human life, such as outer space or other planets.

But there is one planet where camo may come in use; unfortunately it’s fictional. Many people immediately flashed to the rebel army’s invasion of a jungle world called Endor from a movie called Return of the Jedi.

So the new Space Force uniforms are out, and it looks like we have nothing to worry about-they will only be patrolling the forrest moon of Endor. pic.twitter.com/Frff1OzjIS

Say what you will about the new space force camouflage, but when the Space Force deploys to Endor they’ll be the ones laughing. https://t.co/66TT4b7Esy

If the Stormtroopers could wear white body armor on the forest moon of Endor, I guess it makes sense that these guys would wear forest camouflage when working…IN SPAAAAAAAAACE…. https://t.co/V9M79wuk4y

Others wondered if the camo was a quiet admission that Space Force troops aren’t heading beyond the stars but to the Middle East.

And others didn’t find it funny at all.

How much taxpayer money is this Space Force BS costing us?