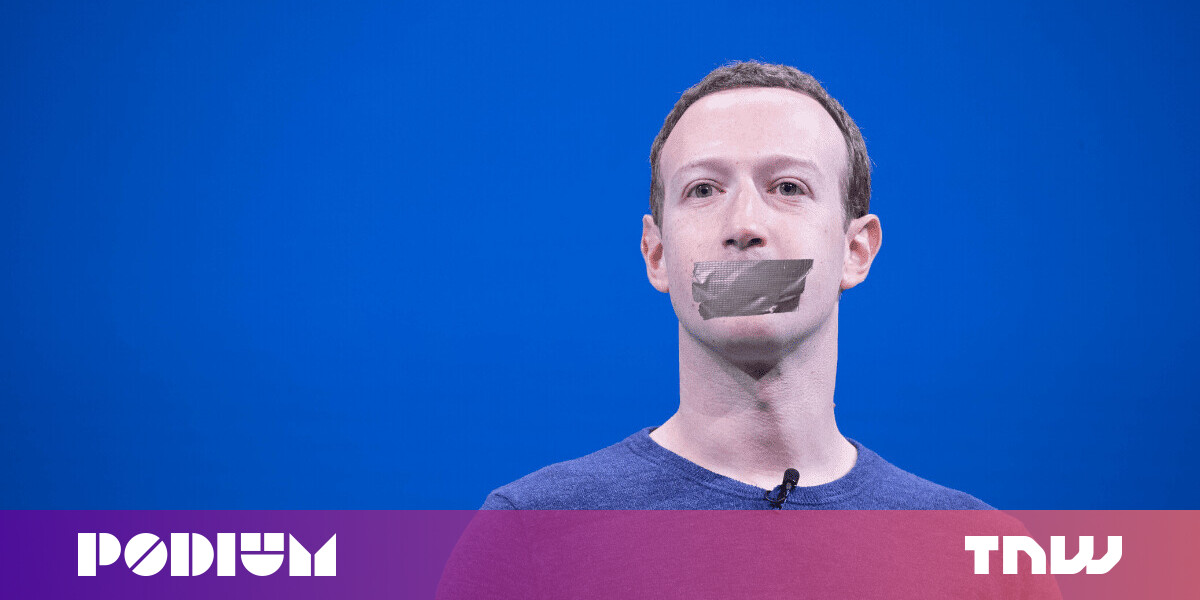 Last week, Facebook reaffirmed its hands-off approach to political ads, saying it won’t ban them, won’t fact-check them, and won’t limit how granularly they can be targeted. Under siege, Facebook has continued to defend this stance by trying to position the tech giant is a bastion of free speech.

Whether in his testimony to Congress last October or his 2020 resolutions post last week, Zuckerberg has sought to frame the question of advertising as one of “free expression.” And in what was positioned as a landmark address at Georgetown, Zuckerberg cloaked himself in the constitution, invoking the First Amendment no fewer than eight times. He even cited the Fifteenth Amendment for good measure.

Curious, though, that Facebook never mentions the Fourth Amendment, which guarantees “the right of the people to be secure in their persons, houses, papers, and effects, against unreasonable searches and seizures” — interpreted by the Supreme Court in Carpenter v. United States to encompass digital privacy.

The inconvenient truth for Facebook is that these rights are inextricably linked. We cannot be truly free to speak our mind when we know that our every word and action is being tracked and logged by corporations and governments. The erosion of privacy threatens our freedom of expression, and it is hypocritical for Facebook to play at free speech champion while also being at the forefront of surveillance capitalism.

According to the new Freedom on the Net 2019 report by Freedom House, free speech and privacy on the internet also declined globally for the ninth consecutive year. And one of the main reasons cited by the report’s authors for the decline? Increased surveillance on social media platforms.

Facebook has been central to the rise of a world where it is taken for granted that our personal lives are public by default and our private data is extracted and processed as a commodity, and as such, it is a direct threat to our freedom of speech. This digital panopticon creates a “chilling effect,” where people are hesitant or afraid about exercising their rights because of the potential negative ramifications that may result from their speech and actions being used against them.

It’s not just theoretical: Following the Cambridge Analytica exposé, The Atlantic surveyed its readers and found that 41.9 percent of the respondents said they changed their behavior on Facebook as a result of learning about the news, mostly by being more careful about what they posted. Over four in five (82.2 percent) said they self-censor on social media. The chilling effect even extended beyond Facebook to elsewhere on the internet, with 25.6 percent reporting that the Cambridge Analytica incident changed their behavior on other social media.

There’s a clear connection between Facebook’s privacy failings and negative ramifications on open expression. So perhaps it’s time for Zuckerberg to stop being so pious and take user privacy seriously if he’s genuine about his commitment to freedom of speech.

If Facebook intends to be a platform for people to express themselves, it needs to give people more visibility into and control over who gets to see what they express. Facebook should follow through on its commitment to full and clear disclosure of the data it collects, the people and organizations that have access to it, and what is done with this data. It has claimed it will do so in the past, but was caught again less than a year ago secretly sharing data in violation of stated privacy protections.

Facebook‘s control over what almost three billion people in the world can see, share, and express is unparalleled in human history. Without fundamental privacy protections and full transparency on its practices, that kind of power can’t be good for freedom of expression.

The chilling effect of surveillance isn’t complicated. Sitting before Congress a few months ago, with dozens of cameras pointed at him, Zuckerberg surely acted in a far more constrained manner than he would’ve in the privacy of his own bedroom. How does he expect Facebook to be the champion of free expression when it won’t stop pointing evermore figurative cameras at us?