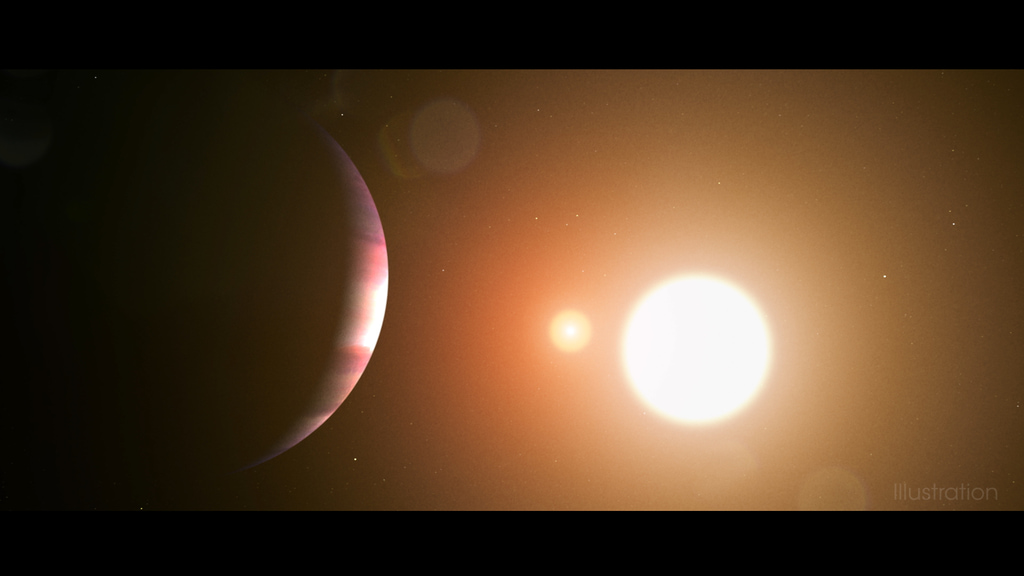 A high school student found a distant exoplanet that orbits two stars, one of just a dozen such worlds known to scientists.

Wolf Cukier made his discovery last summer at NASA’s Goddard Space Flight Center in Maryland after wrapping up his junior year at Scarsdale High School in New York.

“I was looking through the data for everything the volunteers had flagged as an eclipsing binary, a system where two stars circle around each other and from our view eclipse each other every orbit,” Cukier said in a NASA statement about the new discovery. “About three days into my internship, I saw a signal from a system called TOI 1338. At first I thought it was a stellar eclipse, but the timing was wrong. It turned out to be a planet.”

The new addition to the exoplanet family is named TOI 1338 b and is a gas planet about the size of Saturn. It orbits two stars that are about 1,300 light-years away from our sun in the constellation Pictor. The data that Cukier looked at came from NASA’s Transiting Exoplanet Survey Satellite (TESS). This exoplanet is TESS’ first world that orbits two stars.

TESS, like Kepler and K2 before it, looks for dips in the brightness of stars. A dimming star could result from an exoplanet passing between the star and the instrument. But the data from Cukier’s system doesn’t show periodic patterns, making it more complicated for TESS algorithms to understand.

The extra star and the exoplanet’s irregular transits are to blame. The two stars in TOI 1338 b’s system are not the same size — the larger one is 10% more massive than our sun while the other is a dimmer red dwarf, according to NASA. The discrepancy means that blips in the sun-size star’s brightness could have been caused by the dwarf star passing in front of it. And the dimming caused by the now-confirmed planet passing in front of the dwarf star was too subtle for TESS to detect.

That’s where Cukier’s internship task came in handy. He was tasked with visually examining potential transits in TESS data, and realized that when it came to TOI 1338 b’s stellar parents, the timing was wrong for the brightness dips to be caused by the smaller star passing in front of the bigger star.

“The human eye is extremely good at finding patterns in data, especially non-periodic patterns like those we see in transits from these systems,” Veselin Kostov, research scientist at the SETI Institute and Goddard and lead author of a study about the circumbinary planet’s discovery, said in the NASA statement.