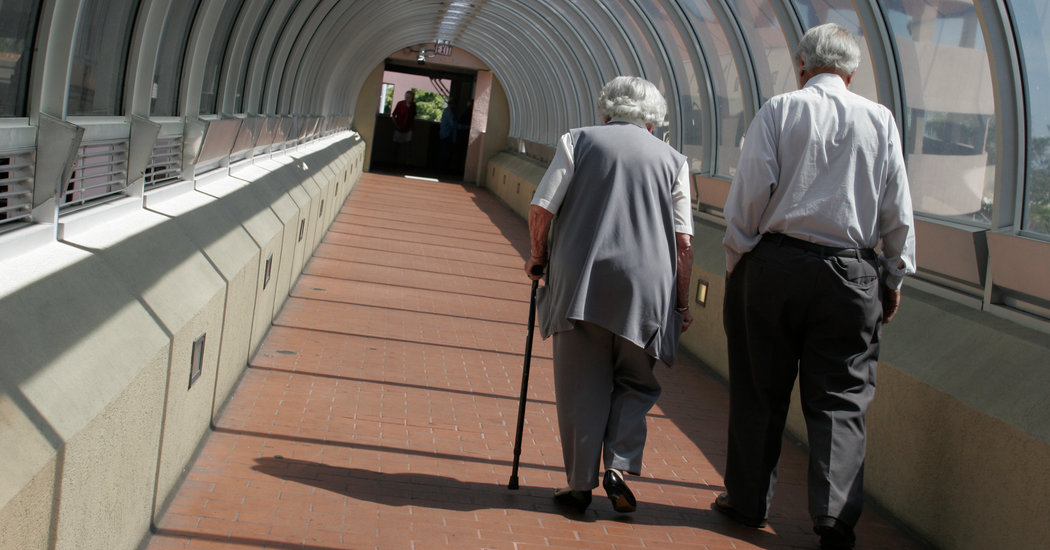 Yes, indeed, it’s good to be rich in old age. According to a new study, wealthy men and women don’t only live longer, they also get seven to nine more healthy years after 50 than the poorest individuals in the United States and in England.

“It was surprising to find that the inequalities are exactly the same,” said Paola Zaninotto, a professor of epidemiology and public health at University College London and a lead author of the study.

The findings, published on Wednesday in The Journals of Gerontology: Series A, emerged from two primary questions: What role do socioeconomic factors play in how long people live healthy lives? Do older adults in England stay disability-free longer than those in the United States?

To answer these questions, researchers from University College London, Harvard University and institutions in three other countries turned to two existing data sets containing more than 25,000 people over 50. They then analyzed how well various factors including education, social class and wealth predicted how long a person would live free of conditions that might impair them from activities such as getting out of bed or cooking for themselves — the study’s definition of “disability-free” and “healthy.”

There are many ways to define wealth. In this study, researchers considered physical possessions such as a home, jewels and artworks, as well as other financial assets such as savings and investments that had been accumulated over a person’s lifetime, minus debts. For Americans, the average wealth — not to be confused with income — was $29,000 for the poorest group, $180,000 for the middle group and $980,000 for the richest group, Dr. Zaninotto said.

Though education level and social class had some effect, neither was found to be nearly as significant as wealth. The researchers did not evaluate race as a factor in England, restricting that country’s data set, which was almost entirely white to begin with, to white Britons. When parsing the more racially diverse American data set by race, the conclusions stayed the same, Dr. Zaninotto said.

Additional study is required to understand why wealth in particular is such a strong indicator of how long someone lives unimpaired, she said, but it was most likely a function of “having access to funds when you have ill health.”

Corinna Loeckenhoff, director of the Healthy Aging Laboratory at Cornell University, complimented the methodology and made a similar observation.

“More wealth means it’s easier to get your apartment and access additional services that would not be available to people with less,” said Dr. Loeckenhoff, who was not involved in the study. Additionally, poverty has been linked to higher stress levels, which has implications for health, she added.

Beyond that, she said she was curious about the potential role of lifestyle and personality traits. People who were more inclined to save money, for example, might also be more likely to also engage in healthy activity, she said.

But what about all of those people on remote, beautiful islands who seem to live forever? The secret to their enviably long, healthy, lives has little to do with riches, no?

Yes, of course, longevity is also affected by other factors, Dr. Loeckenhoff said. “The biggest recommendation is to exercise and eat a healthy diet,” she added, noting that the ability to do either might also be affected by wealth.

As far as whether older adults in England or the United States stayed disability-free longer, the study ultimately found that people’s ability to get around in their final years was nearly identical in both countries. The researchers were intrigued by the result, Dr. Zaninotto said, as they had previously found that older Americans tended to be less healthy than older Britons, largely because of obesity.