Eager to ensure British commuters always have fully-charged smartphones, Nissan has partnered with a company dubbed Lifesaver and will use the collaboration to promote the all-electric Leaf.

Lifesaver and Nissan will operate small kiosks at the London Waterloo and London Victoria railway stations through the middle of January allowing commuters to top up their smartphone batteries. For a £15 ($19.53) flat fee, commuters can purchase a renewably-charged battery pack and keep it for as long as they want or return it and swap it for a fully-charged pack at a Lifesaver kiosk.

The two companies will also look to encourage commuters to switch to an all-electric lifestyle with the Nissan Leaf. In fact, commuters will be able to easily organize a Leaf test drive from their local dealership at the Lifesaver kiosk. 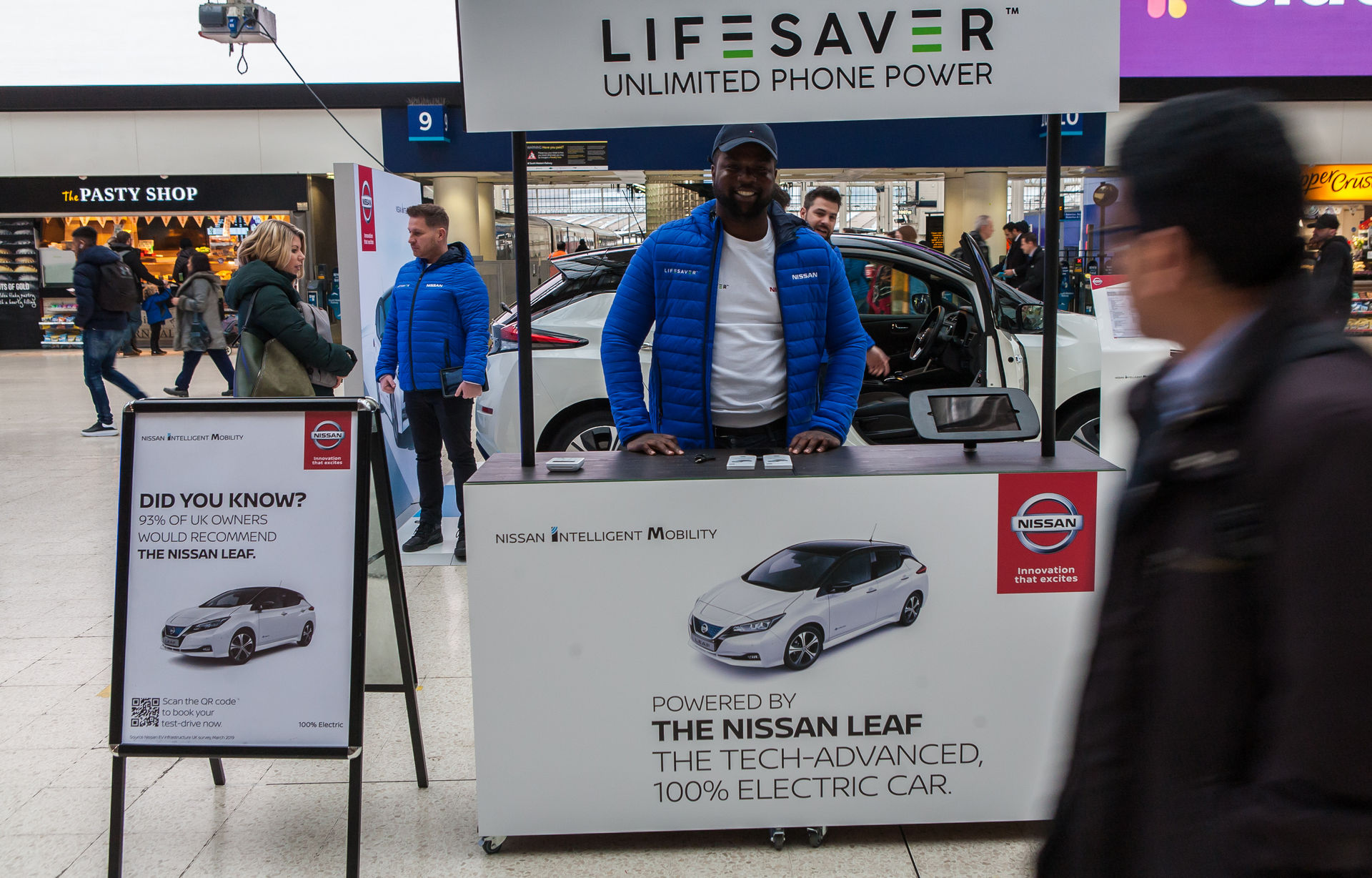 “We are very excited to be working with Nissan and Network Rail in the UK’s busiest train stations,” co-founder and chief executive of Lifesaver Archie Wilkinson said. “Keeping commuters powered with a Lifesaver power bank is a small step to encourage more sustainable actions like switching to renewable energy at home or driving a Nissan LEAF.”

Lifesaver was founded in 2018 when Wilkinson ran out of charge on his smartphone while completing the London Marathon. Not satisfied with charging lockers and plugs that require people to leave their smartphones somewhere as they charge, Wilkinson created an on-the-go charging solution.