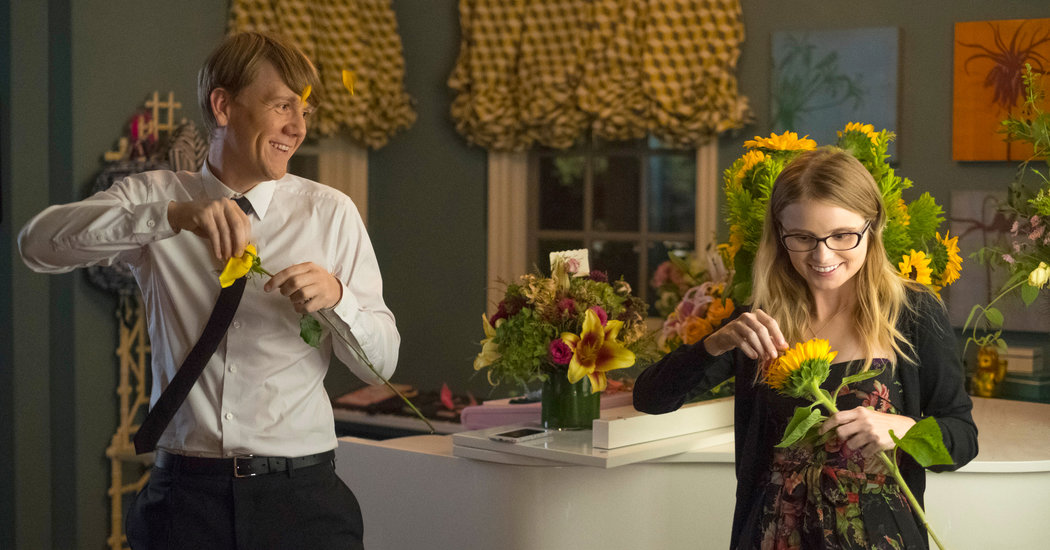 Chief among the pleasures of Josh Thomas’s coming-of-age comedy “Please Like Me” was its excellent title. Despite the premise — a college student, who just realized that he’s gay, moves in with his suicidal mother — the series proved to be the laid-back, gently self-effacing comedy of social awkwardness that its moniker promised.

“Everything’s Gonna Be Okay” has an even darker setup. Nicholas (Thomas) a 20-something Australian, becomes the guardian of his teenage American half sisters after his semi-estranged father dies of cancer.

But heed the title: What we get is no downer but a charming dramedy, with an oddball voice (you can almost hear that “Gonna” in Thomas’s reedy Aussie accent) and a bittersweet undercurrent (that “Gonna” is also, notably, in the future tense).

The pilot, airing Thursday on Freeform, is a small marvel of economy: It introduces Nicholas’s father, Darren (Christopher May), makes him simultaneously dubious (he abandoned Nicholas’s mother to start a new family) and likable, then neatly kills him off and moves past his death, all in a tight hour.

Darren’s death turns what was meant to be a vacation into a permanent move, leaving Nicholas to get to know 14-year-old Genevieve (Maeve Press) and 17-year-old Matilda (Kayla Cromer), who are the closest of strangers to him. “Let’s be honest: Am I the best catch?” he asks them matter-of-factly. “No, I am not.”

Like Freeform’s new “Party of Five” reboot, in which a family of kids raise one another after their parents’ deportation, “Everything’s Gonna Be Okay” is a variation on the teen-screen tradition of the Orphan Emancipation Fantasy. (The girls’ mother died years ago; Nicholas’s mom is still living in Australia.)

But where its channelmate deals with a socially and financially precarious family, “Gonna” sets its kids up comfortably. Darren, a lawyer, left behind ample funds and legal arrangements. Nicholas is an entomologist — each episode is fancifully titled for an insect species — but does not appear to work (though he keeps an impressive menagerie of creepy-crawlies).

Instead, the challenges are emotional and social. Genevieve is entering the embarrassments and cruelties of puberty, while Matilda is autistic — she’s high-functioning, but her trouble reading social cues levels up the difficulty of suddenly becoming the not-quite-a-father to a girl on the brink of adulthood.

A show like this lives or dies on this believability of its young actors, and “Gonna” has some of the best child casting this side of FX’s “Better Things.” Press’s Genevieve has a sensitive heart encased in an armor of spiky sarcasm. Cromer (who is herself on the spectrum) is a light bulb of an actress, instantly winning in scenes like Matilda’s eulogy for her father: “Dad used to get frustrated when I always made things about myself. But he is dead now. Surprise!”

If there is a term for gasping, laughing and crying simultaneously, that is what this scene made me do. “Gonna” is an ’80s-sitcom premise, executed not at all sitcommily.

The series explores story lines that practically scream for teen-show melodrama — drinking, drug use, bullying — and treats them with audacity and deft humor. A story arc involving Matilda’s becoming sexually active seems to be barreling toward very-special-episode territory, but takes a left turn into a nuanced, tricky examination of autism and consent.

None of this plays as heavy as it may sound, maybe in part because the short episodes — after the pilot, each is a brisk half-hour — focus more on building character than on loading up plot. At the same time, the show doesn’t use humor to deflect its sadness but leans fully into both, like an inappropriate joke told at a wake.

Curiously, given that Thomas is the creator, Nicholas’s story is so far the most underdeveloped. A more mature version of Thomas’s endearing bundle of nerves from “Please Like Me,” Nicholas quickly accepts the massive change in his life while starting a serious relationship with Alex (Adam Faison) that is largely conflict-free, give or take a few bumps.

But even that feels like an extension of the show’s basic generosity: As in “Please Like Me,” Thomas is glad to spread focus to his co-stars. Nicholas is the center of the series but not necessarily its chief worry. After all, he’s the responsible adult here, even if he’s neither a father nor a wholly familiar brother.

What is he? What is this family? Part of the pleasure of “Everything’s Gonna Be Okay” is watching the characters realize that there is no precise model for their arrangement, which frees them to invent one that works.

You get a taste of this in the pilot, when Nicholas, after a rough day, asks Matilda for a hug. She doesn’t like how they feel, she tells him, but she offers to dance instead. So they do, and it’s as good a symbol as any for the spirit of this show: delightful, happy-sad, figuring it out one improvised step at a time.