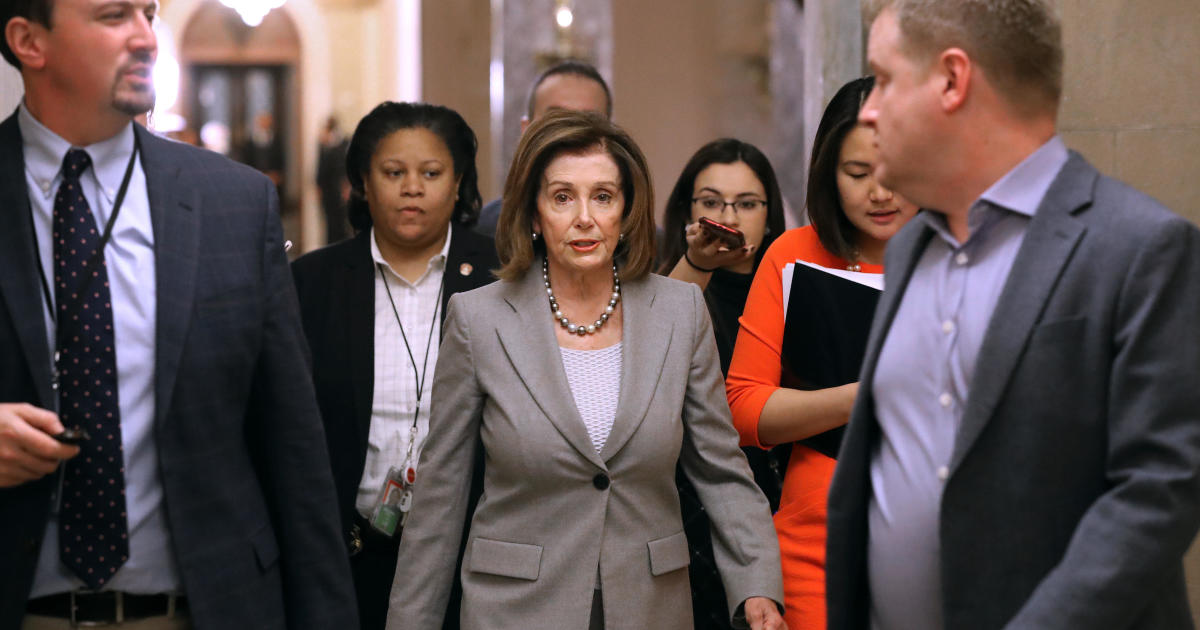 Washington — House Democrats are preparing for a vote on a resolution to name impeachment managers and transmit articles of impeachment to the Senate on Wednesday.

At a meeting with fellow Democrats on Capitol Hill, House Speaker Nancy Pelosi laid out the timing for the vote to transmit the articles and designate managers to prosecute the case against President Trump in the Senate trial, according to a Democratic aide. Lawmakers emerging from the meeting unanimously said they support the plan.

Senate Majority Leader Mitch McConnell has told Republican senators to expect the trial to get underway on Tuesday, January 21, according to two lawmakers. Pelosi delayed sending the articles to the upper chamber to pressure McConnell to allow witnesses at the trial, a question he says will be put to the full Senate once proceedings get underway.