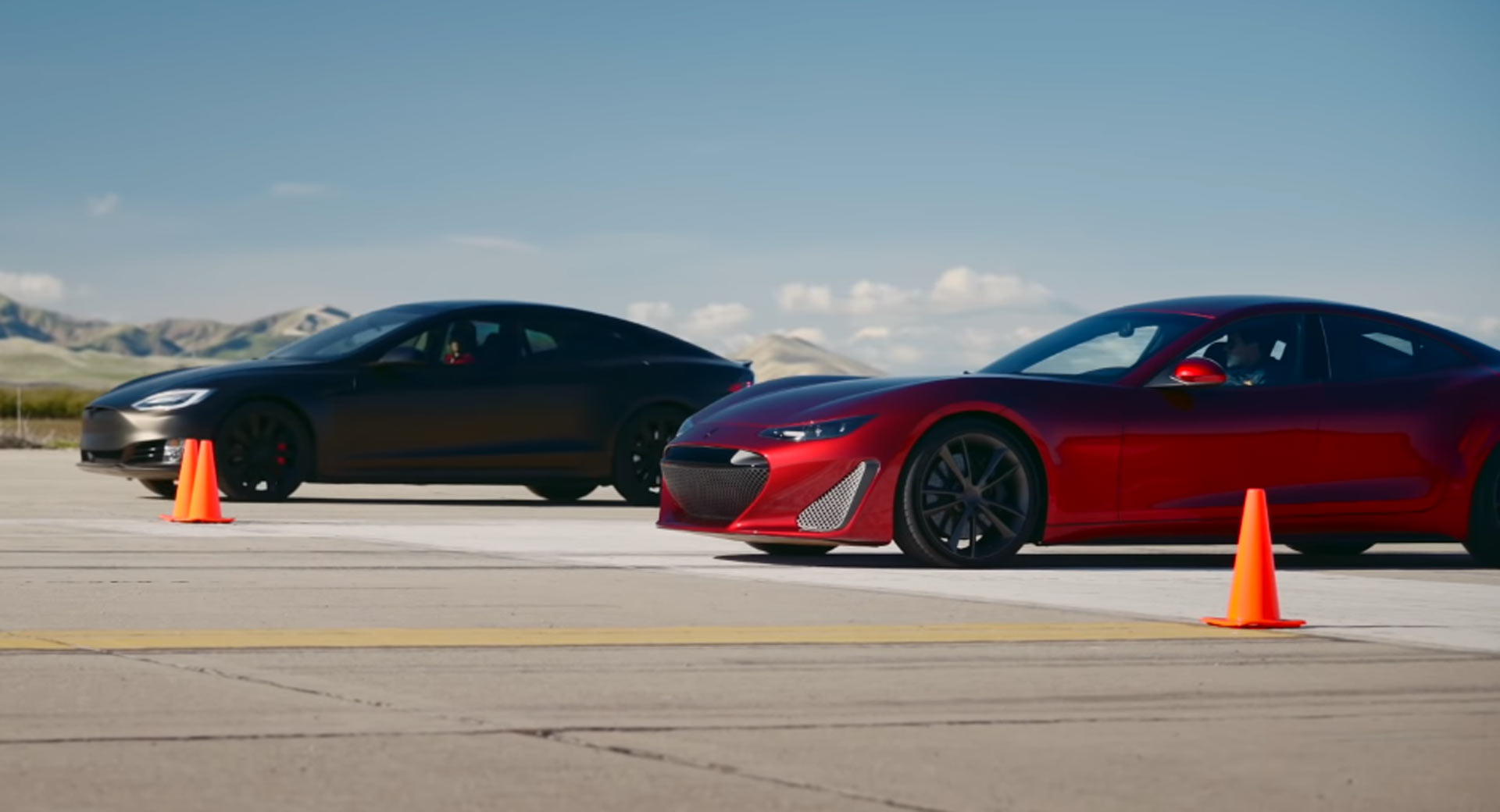 Electric vehicle startup Drako Motors has dropped a new video revealing just how accelerative its GTE is by lining it up alongside a Tesla Model S P100D Ludicrous+.

The Tesla Model S has been the benchmark for performance car acceleration in recent years but as electric motors improve and more car manufacturers invest in EV technologies, the Tesla’s advantage has started to dwindle. In the case of the Drako Motors GTE, the Model S doesn’t stand a chance.

In the drag race featured, the two vehicles were sent down a runway at full speed and while the Drako only comes from a small automaker, it manages to easily jump off the line quicker than the Tesla.

This shouldn’t come as a surprise to anyone familiar with the specs of the GTE. Most notably, it features four electric motors to deliver a combined 1,200 hp and 6,491 lb-ft (8,800 Nm) of wheel torque. With those figures, we’re actually surprised the GTE wasn’t significantly faster than the Tesla.

Then there’s the price. Drako intends on building just 25 units of the GTE with each priced at $1.25 million.

Whether or not the GTE succeeds remains to be seen but cracking into the EV market with a high-priced hypercar is no easy feat. What’s more, Drako will somehow have to convince customers that its Fisker-based GTE is worth buying over the likes of the Rimac C_Two and next-generation Tesla Roadster, both from companies with established production processes and on the forefront of electric vehicle technologies.