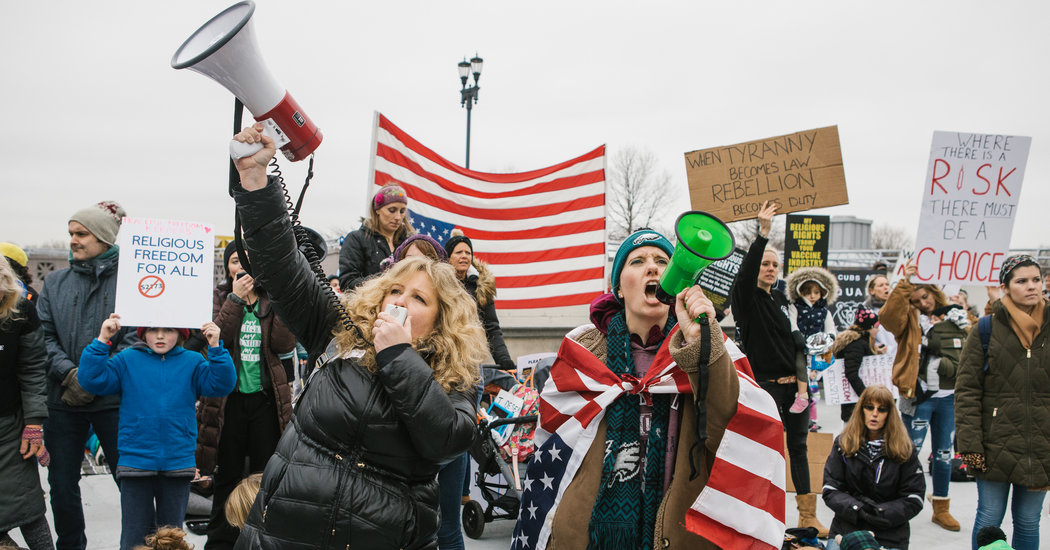 TRENTON, N.J. — It began as one of the nation’s broadest proposed bans on religious exemptions to childhood vaccines.

But after weeks of sustained and boisterous protests by vaccine skeptics, as well as a last-minute effort to amend the proposed bill to win over key New Jersey lawmakers, the effort collapsed on Monday in the State Senate.

The Senate president, Stephen M. Sweeney, continued to maintain that science, not the protesters, would eventually emerge victorious.

“It’s going to get done at some point,” Mr. Sweeney, a Democrat, said, repeating a vow he has made since last month when a far more sweeping version of the bill passed in the Assembly but failed to win enough support in the State Senate. Both chambers are controlled by Democrats.

“They can bang on their drums and their sirens and their truck horns. This is a real public health emergency,” Mr. Sweeney said after it became clear the measure was one vote shy of approval.

The bill would have ended a practice that allows parents in New Jersey to cite religious beliefs as the reason their children have not been immunized, without affecting their ability to enroll in school.

In its original form, the bill would have included all students enrolled in any school or college, public or private, making it one of the most sweeping among the handful of states that have voted to end religious exemptions to immunization.

It was altered last week to apply only to public schools, a tweak that appeared to raise new concerns, even among lawmakers who had supported the original legislation. The private schools and day care centers would have been required to collect and share data on the number of students enrolled who had not been fully immunized.