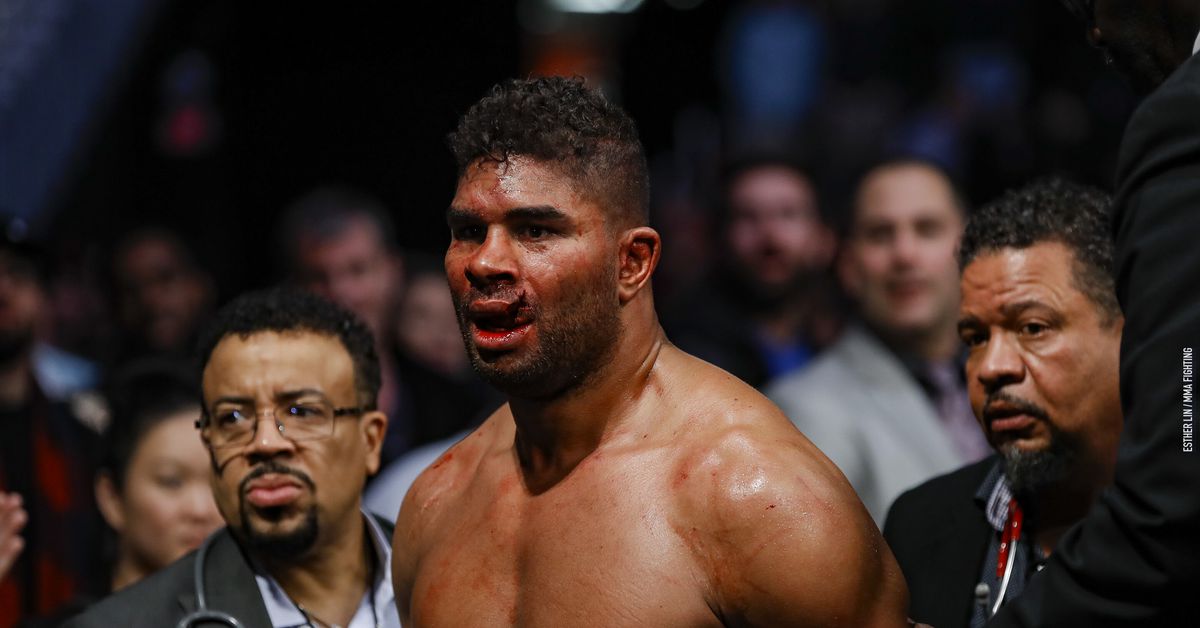 While fans expected violence from the two kickboxing specialists, Overeem uitlized a grappling-heavy gameplan as as he tossed Rozenstruik around the Octagon. But with less than 10-seconds left in the fight, Rozenstruik uncorked a hellacious right hook to the jaw of Overeem, sending him crumpling the canvas and splitting his lip in two.

Below is how the pros reacted to the two title fights and the rest of the wild action from UFC on ESPN 7.

Oh damn it was one of those delayed pain ball shots. I’ll never understand this pain. #UFCDC

Wow. These judges are really something else. ‍♂️

It’s insane to think, that if Yadong doesn’t illegally knee Stamann in the head, that Stamann would’ve lost that fight. This sport has some tough luck. #UFCDC

Bro we need a curriculum for mma judges wtf was that #ufcdc, that or they want that chinese money in DC. They know where their noodles are fried

What round did stamen lose? I think the judges took the wrong point #UFCDC

I have to say, I’m a fan of @RobSFont brotha is talented! I would love to share the cage with him one day