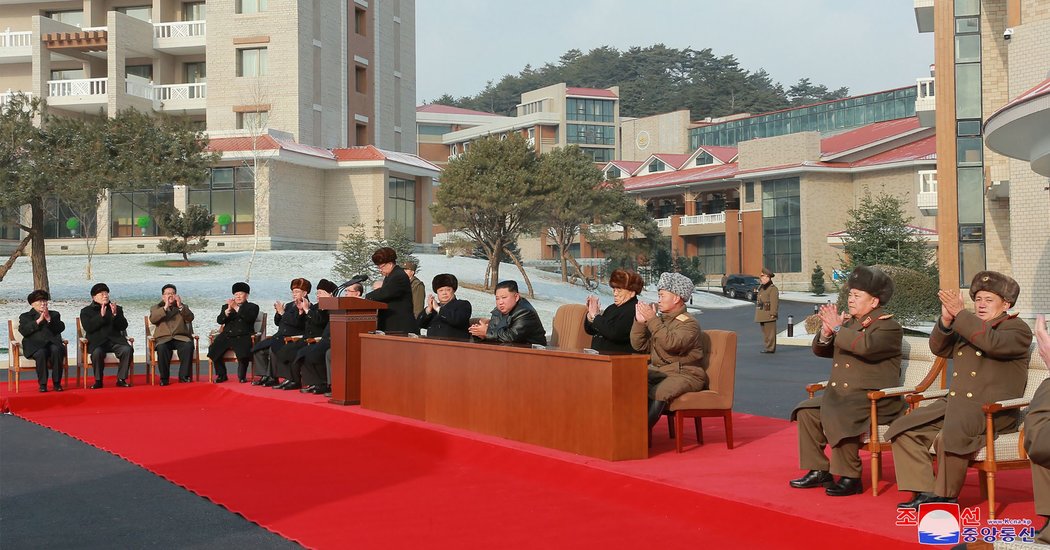 SEOUL, South Korea — North Korea said on Sunday that it had conducted a “very important test” at its missile-engine test and satellite-launch site, another sign of the country’s escalating pressure on the United States to make further concessions before a Dec. 31 deadline set by its leader, Kim Jong-un.

The test was carried out on Saturday at the Sohae Satellite Launching Ground, referring to the Tongchang-ri site near the North Korean border with China, a spokesman for the North’s Academy of National Defense Science said in a statement that was carried by the official Korean Central News Agency.

The brief statement provided no further details. But analysts said North Korea had most likely tested a new type of engine for long-range ballistic missiles.

North Korea has used the Tongchang-ri site to test rocket engines and launch satellite-delivery vehicles, accumulating technology that Washington said it then used to build and test long-range ballistic missiles. A series of resolutions by the United Nations Security Council has banned the North from conducting tests that could be used to build ballistic missiles.

In March 2017, North Korea successfully tested a new high-thrust engine at Tongchang-ri that was used to launch intercontinental ballistic missiles, such as theHwasong-14 and Hwasong-15, later that year.

Mr. Kim, the North Korean leader, met with President Trump in Singapore in June 2018 and agreed to “work toward complete denuclearization of the Korean Peninsula” in return for “new” relations and security guarantees from Washington. After the Singapore meeting, Mr. Trump said that Mr. Kim had promised to dismantle the Tongchang-ri facility as one of the first steps toward denuclearization.

But that has never happened.

As subsequent meetings with Mr. Trump and continuing negotiations between Pyongyang and Washington having failed to resolve differences over how to implement the broadly worded Singapore deal, Mr. Kim has grown increasingly impatient with negotiating.

In recent months, North Korea has conducted a series of tests of mostly short-range ballistic missiles and rockets. It has also issued a steady stream of statements warning that it might abandon diplomacy and resume more provocative weapons tests unless Washington provides a breakthrough in the stalled negotiations by the end of the year, the deadline set by Mr. Kim. The country has also rebuilt the missile-engine test facility at Tongchang-ri that it had earlier started dismantling.

Satellite images of the Tongchang-ri site in recent days indicate that North Korea may be preparing to resume testing rocket engines used to power satellite launchers and intercontinental ballistic missiles​, according to CNN.

Officials and analysts in Seoul also agreed that the latest test at Tongchang-ri most likely involved a new missile engine.

Before Mr. Kim met with Mr. Trump last year, he announced a halt to all nuclear and intercontinental ballistic missile tests, a self-imposed moratorium that Mr. Trump has repeatedly cited as one of his main achievements in his on-off diplomacy with Mr. Kim. But the moratorium did not cover missile-engine tests. So Mr. Kim can still claim that he has not shirked his pledge, while using such tests to send a warning to Washington that they could be followed by intercontinental ballistic missile tests, analysts said.

Mr. Kim is scheduled to convene his party’s Central Committee this month to “discuss and decide on crucial issues​,” given “the changed situation at home and abroad​,” according to the North Korean state media.