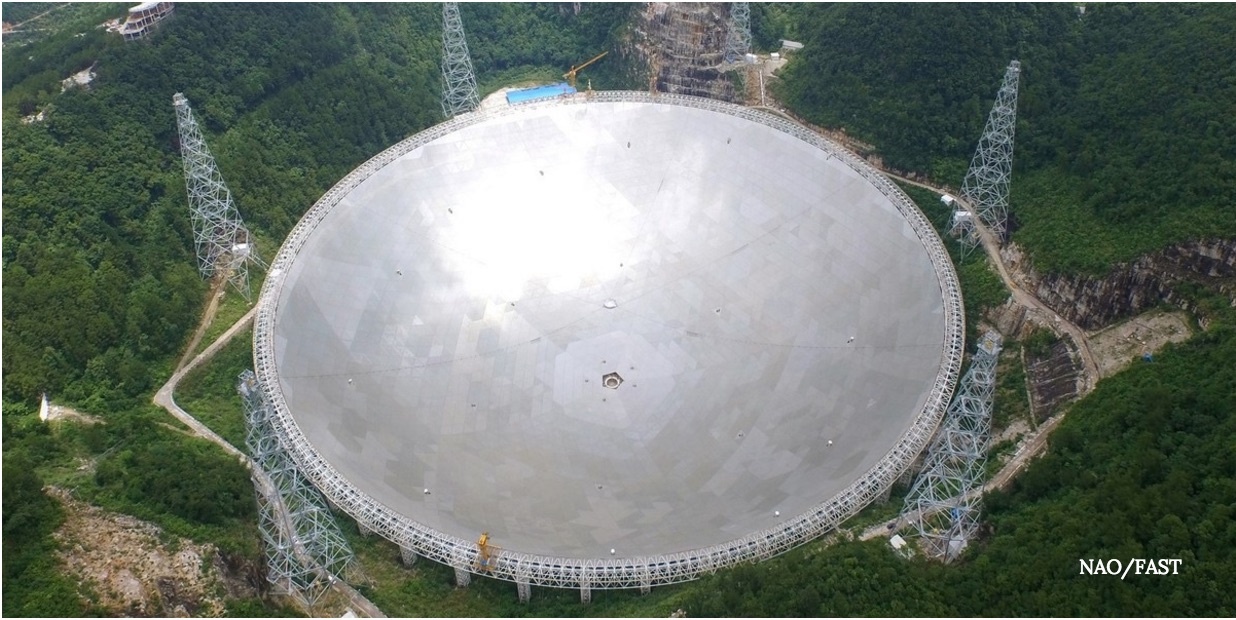 China’s giant, alien-hunting radio telescope is finishing its testing-and-commissioning phase, which has occurred over the past three years.

Scientists are using FAST — the world’s largest single-dish radio telescope — for a variety of tasks, including to search for extraterrestrial intelligence.

China Central Television (CCTV) reports that, so far, FAST has detected and identified 99 rapidly spinning neutron stars known as pulsars, more than 30 of which are especially fast-rotating millisecond pulsars.

The search for extraterrestrial life and other scientific targets is also underway.

“In the process of observing signals from celestial bodies, we also collect signals that might be emitted by humans or extraterrestrial intelligence,” Zhu Ming, director of the scientific observation and data division at the FAST operations and development center, explained in a recent CCTV video.

“However, this is a huge amount of work, since most signals we see — 99% of them — are various noises, so we need to take our time to identify the signals we want in the noises,” Zhu said.

The FAST team recently organized a user training session, bringing together more than 100 astronomers from across China to discuss their experiences and discoveries during the trial operation of the big dish.

Li Kejia, a researcher from the Kavli Institute for Astronomy and Astrophysics at Peking University, explained that FAST is now mainly used to measure the performance of a pulsar timing system, to directly detect gravitational waves.

“The sensitivity of FAST is very high, so the accuracy of the data measured is very good,” Li told CCTV. “FAST has a promising future in terms of gravitational wave detection.”

Researchers using FAST have increased the facility’s observation modes from three to more than 10. Research and development of new receiving equipment are also underway.

Leonard David is author of the recently released book, “Moon Rush: The New Space Race” published by National Geographic in May 2019. A longtime writer for Space.com, David has been reporting on the space industry for more than five decades. Follow us on Twitter @Spacedotcom or Facebook.