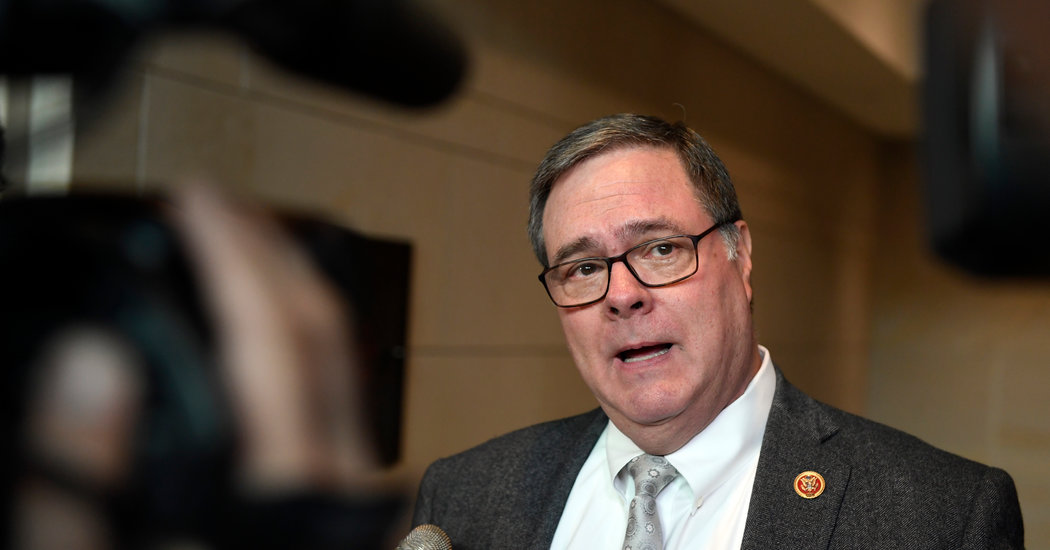 Representative Denny Heck, Democrat of Washington, said on Wednesday that he would not run for re-election in November in part because the impeachment hearings, in which he has participated as a member of the House Intelligence Committee, had left him “weary.”

In a blog post on Medium, Mr. Heck listed the aspects of his job that he has “loved,” but said that “part of me is also discouraged.”

“The countless hours I have spent in the investigation of Russian election interference and the impeachment inquiry have rendered my soul weary,” wrote Mr. Heck, who was first elected to Congress in 2012. “I will never understand how some of my colleagues, in many ways good people, could ignore or deny the President’s unrelenting attack on a free press, his vicious character assassination of anyone who disagreed with him, and his demonstrably very distant relationship with the truth.”

[Sign up for our politics newsletter and join the conversation around the 2020 campaign.]

Mr. Heck represents a left-leaning district centered on Washington’s state capital, Olympia. As a member of the House Intelligence Committee, he participated in the televised impeachment hearings last month.

In a moment that was widely shared online, Mr. Heck appeared to become emotional while speaking to Marie Yovanovitch, the former United States ambassador to Ukraine, who was recalled from her post in May. Mr. Heck denounced what he described as a “smear campaign” against her that had been orchestrated by those in the president’s orbit.

“I am very angry about how it is the most powerful person on the face of the earth would remove you from office after your stellar service and somehow feel compelled to characterize you as ‘bad news,’ and then to ominously threaten that you’re ‘going to go through some things,’” Mr. Heck told Ms. Yovanovitch. “So, I am angry. But I’m not surprised.”

In his retirement announcement on Wednesday, Mr. Heck lamented the bitter state of political discourse in the country, which he said predated the election of President Trump in 2016.

“At times, it is as though there are no rules or boundaries,” he wrote. “Success seems to be measured by how many Twitter followers one has which are largely gained by saying increasingly outrageous things, the more personal the better. There are simply too many hyperbolic adjectives and too few nouns. Civility is out. Compromise is out. All or nothing is in.”

Mr. Heck’s announcement comes amid a wave of retirements by more than a dozen Republican members of Congress, a reflection of pessimism within the party about its chances to win back the House in 2020. There have been comparatively few retirements among Democrats.

The announcement from Mr. Heck will set off a primary to replace him. The state uses a top-two primary system, under which all candidates appear on one ballot, regardless of party, and voters pick their top choices.

Mr. Heck has represented his district since it was created in 2012, and he won re-election in 2016 by more than 17 percentage points. In that year’s presidential election, Thurston County, which makes up the bulk of the district, voted for Hillary Clinton by a margin of 15 points.

In his statement, Mr. Heck, 67, said he was also giving up his seat to spend more time with his wife, a retired middle school principal.

“Being away so much from Paula, my best friend and wife of nearly 44 years, can be lonely even when I am in a crowded room,” he wrote. “At our age, however many ‘good years’ we have left together is not a growing number.”