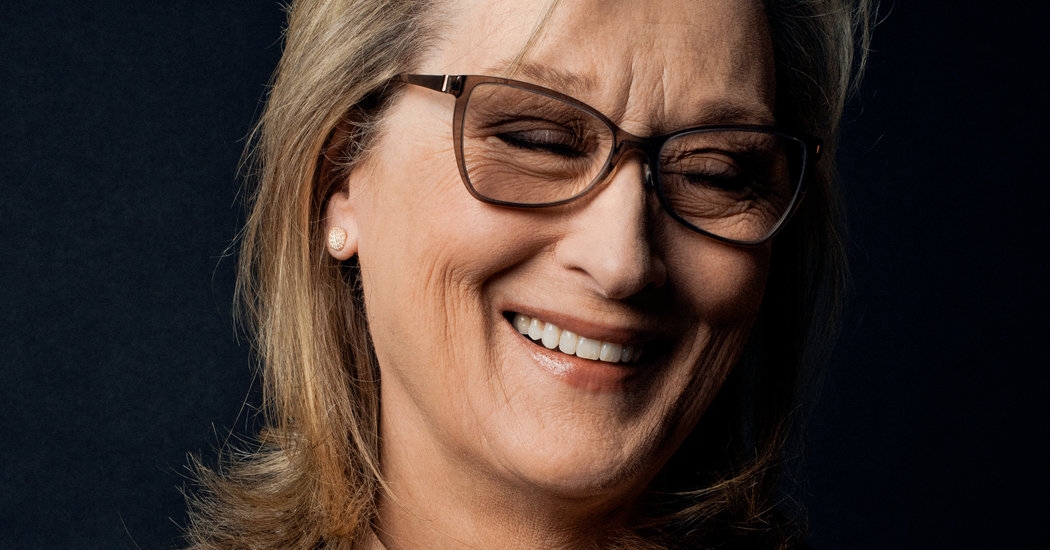 CHARLOTTE’S WEB
By E.B. White
Read by Meryl Streep and a full cast

Turn off your sound machine. Throw away that blankie. Meryl Streep has bedtime covered tonight.

Yes, Hollywood’s perennial gold statue-holder is reading “Charlotte’s Web,” the perennial blue-ribbon winner at the state fair of children’s literature. And, no surprise, this new audiobook is a keeper.

Some children’s books are disheartening to revisit as an adult; the author’s prejudices suddenly glaring, the prose surprisingly flat. Not so with E. B. White’s 1952 story about a brave little pig and the clever spider who saves him. If “Charlotte’s Web” is disheartening, it is only because the book is so perfect. After reading it, you can’t help feeling that it is pointless to continue in your chosen career — assuming, like me, you happen to be a children’s book author.

What makes this “radiant” but “humble” story (to borrow Charlotte’s words for Wilbur) so very, very wonderful? Maybe it has something to do with all those big themes, like, oh, the passage of time and the inexorability of death, wrapped up in small packages. Or maybe it’s the way the animals seem so deeply human and yet so true to their species at the same time.

Like many city kids, I got my first exposure to farm living through “Charlotte’s Web” — to slops and manure piles and barn swings. It taught me what happens to an unhatched egg, and about the types of thread that shoot from a spider’s abdomen. It also taught me about writing.

Among other things, the book is a sly tribute to the writer’s craft. Wilbur may be the beloved runt piglet the human girl Fern rescues from her farmer father’s ax, but it is Charlotte, the spider spinning the story’s words, who is its real star. Imagine, writing so powerful it saves a life! As Mrs. Zuckerman says to her husband, who is now besotted with their pet pig: “It seems to me you’re a little off. It seems to me we have no ordinary spider.”

Needless to say, “Charlotte’s Web” makes a great read-aloud. For some audiobook aficionados, nothing could beat White’s own 1970 recording, with his gruff New England accent and pointed lack of drama. Does it make the new Streep version more momentous that it’s a full-cast recording with drama to spare, or less so?

For kids, or at least for the one kid I quizzed on the matter, a full-cast recording is by definition preferable. To my older ears, a large cast can be distracting — I imagine all the actors fighting over a mic, clamoring for my attention — but the clamor effect certainly suits Charlotte’s barnyard setting. And, fear not, we still get plenty of Streep.

Her narration is sometimes warm and cozy, like a grandmother reading us to sleep, and other times as dry and witty as was the author himself. It’s not easy to evaluate an audiobook performance, but I tried my best to mark moments in which she brought something extra to the text. For instance, when the school bus honks for Fern, Streep pauses just long enough for us to hear the honking in the word “honks” itself. Am I reading — or listening — too much into this? Probably.

The other performers are terrific, too. One standout: Robin Miles reads the part of the cranky Old Sheep, leavening the character’s dark vision of the pig’s fate with a generous pinch of mordant humor. Also, Tavia Gilbert, as the Goose, has to repeat every word she utters, over and over, at an impossibly rapid clip. January LaVoy as Charlotte is charming, but it took me a minute to get used to her girlish voice in that maternal role. (Then again, White does describe the spider’s voice as “thin.”)

Alas, not all classics remain as uncontroversially popular as “Charlotte’s Web.”

I am too old and set in my Gen X ways to vote for canceling Dr. Seuss. His books were the first I read to myself and the first I read to my kids. (I know I’m not the only father of twins to refer to his children as Thing One and Thing Two.) And I would like to believe that “The Sneetches” remains the fun fable about the pitfalls of prejudice that I remember.

Nonetheless, his racist cartoons, having surfaced in the news in the years since his death, are thoroughly disgusting. And I cannot deny that even some of his most beloved picture books bear traces of harmful racial stereotypes. What to do? Random House, at any rate, has decided to forge ahead with a new Seuss.

“Dr. Seuss’s Horse Museum” is based on a partial manuscript discovered two decades after his death, and presumably written in the mid-1950s, prior to the publication of “The Cat in the Hat.” This short nonfiction book is a primer on art appreciation for kids. Narrated by a horse, it examines art history through the lens of horse paintings.

“Art is when an artist looks at something … like a horse, for instance,” the horse says near the beginning, “and they see something in that horse that excites them … so they do something about it.” Not a bad definition, I suppose, especially the notion that artists don’t just see, they do.

The horse goes on to introduce us to a world of paintings, from Lascaux’s prehistoric cave images to Jackson Pollock and beyond. (Did you know that one of Pollock’s “drip paintings” included a hobbyhorse head glued to the canvas? I didn’t.)

Though unrhymed, the simple, conversational sentences have a certain off-kilter humor that we might call pre-Seussian — even when introducing Baroque artists: “A Spaniard named Velázquez painted horses by the dozens. He saw them as something for kings and princes to sit on while he painted them. (Velázquez worked for the kings and princes. He never got any money from the horses.)”

Not surprisingly, the art in the book is mainly (though not exclusively) Western. The print edition, illustrated by Andrew Joyner, adds a multicultural cast of kids to the mix, as museum visitors. Not a full answer to concerns about Seuss’ racism, but it’s a welcome first step.

The audiobook, obviously, has no such illustrations, nor does it have photos of the paintings mentioned. The job of filling out the text goes to Samira Wiley, a star of “Orange Is the New Black,” who reads the part of the horse.

She has a lovely voice that practically screams, or rather, that perfectly projects, Juilliard-trained actor, as indeed she is, and I would enjoy listening to her read almost any book. Here she has a steep hill to climb, however. She is given next to nothing to work with, character-wise. (The first time I listened I didn’t even realize she was supposed to be a horse.) Worse, she is narrating a book about visual art that offers little in the way of visual description.

The audiobook would work well as a companion to a slide show or video — whether online or in a classroom. As a stand-alone, it is too insubstantial to make an impact.