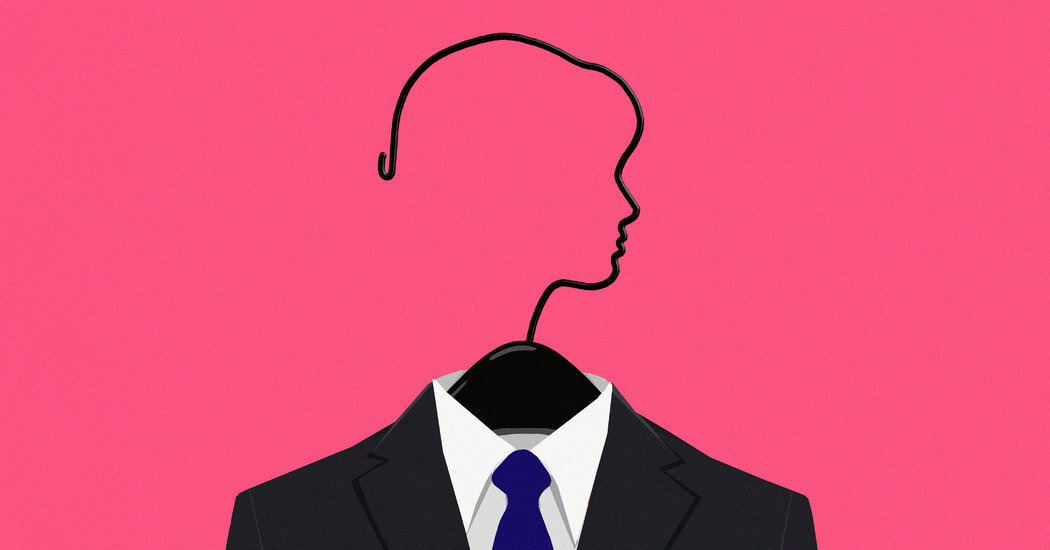 If parents were giving their children virtue names today, as the Puritans used to do, nobody would choose Charity or Grace or Patience. Instead, half of all baby girls born in America would be named Empowerment or Assertiveness.

For women in this cultural moment, assertiveness is perhaps the ultimate in aspirational personal qualities. At the nexus of feminism and self-help lies the promise that if we can only learn to state our needs more forcefully — to “lean in” and stop apologizing and demand a raise and power pose in the bathroom before meetings and generally act like a ladyboss (though not a regular boss of course; that would be unladylike) — everything from the pay gap to mansplaining to the glass ceiling would all but disappear. Women! Be more like men. Men, as you were.

There are several problems with this fist-pumping restyling of feminism, most obviously that it slides all too easily into victim blaming. The caricature of the shrinking violet, too fearful to ask for a raise, is a handy straw-woman for corporations that would rather blame their female employees for a lack of assertiveness than pay them fairly.

There’s also the awkward issue that it turns out to be untrue. Research shows that despite countless attempts to rebrand the wage gap as a “confidence gap,” women ask for raises as often as men do. They just don’t get them.

But even if we leave these narrative glitches aside and accept the argument that female unassertiveness is a major cause of gender inequality and that complex, systemic problems can be fixed with individual self-improvement, we are still left with a deeply sexist premise.

The assumption that assertiveness is a more valuable trait than say, deference is itself the product of a ubiquitous and corrosive gender hierarchy.

As a rule, anything associated with girls or women — from the color pink to domestic labor — is by definition assigned a lower cultural value than things associated with boys or men. Fashion, for instance, is vain and shallow, while baseball is basically a branch of philosophy. Tax dollars are poured into encouraging girls to take up STEM subjects, but no one seems to care much whether boys become nurses. Girls are routinely given pep talks to be “anything a boy can be,” a glorious promotion from their current state, whereas to encourage a boy to behave more like a girl is to inflict an emasculating demotion. Female hobbies, careers, possessions and behaviors are generally dismissed as frivolous, trivial, niche or low status — certainly nothing to which any self-respecting boy or man might ever aspire.

Rarely do we stop to consider that many of life’s problems might be better explained by the alternative titles “Men Who Love Too Little,” “ … Think Too Little,” “ … Worry Too Little” or “ … Do Too Little.” But instead we assume without question that whatever men are doing or thinking is what we all should be aiming for.

Now the assertiveness movement is taking this same depressingly stacked ranking system and selling it back to us as feminism. We in turn barely question whether the male standard really is the more socially desirable or morally sound set of behaviors or consider whether women might actually have had it right all along.

After all, one man’s “assertive” is often another woman’s abrasive, entitled or rude. Surely many of our current most pressing social and political problems — from #MeToo to campus rape, school shootings to President Trump’s Twitter posturing — are caused not by a lack of assertiveness in women but by an overassertiveness among men. In the workplace, probably unsurprisingly to many women who are routinely talked over, patronized or ignored by male colleagues, research shows that rather than women being underconfident, men tend to be overconfident in relation to their actual abilities. Women generally aren’t failing to speak up; the problem is that men are refusing to pipe down.

Take apologizing, the patient zero of the assertiveness movement. Women do too much of it, according to countless op-ed essays, books, apps and shampoo ads. There’s even a Gmail plug-in that is supposed to help us quit this apparently self-destructive habit by policing our emails for signs of excessive contrition, underlining anything of an overly apologetic nature in angry red wiggles.

The various anti-apologizing tracts often quote a 2010 study showing that the reason women say they are sorry more often than men is that we have a “lower threshold for what constitutes offensive behavior.” This is almost exclusively framed as an example of female deficiency. But really, isn’t a person with a “high threshold of what constitutes offensive behavior” just a fancy name for a jerk?

Rarely in the course of this anti-apologizing crusade do we ever stop to consider the social and moral value of apologies and the cost of obliterating them from our interactions. Apologizing is a highly symbolic and socially efficient way to take responsibility for our actions, to right a wrong and clear space for another person’s feelings. It’s a routine means of injecting self-examination and moral reflection into daily life.

Indeed many of our problems with male entitlement and toxic behavior both in the workplace and elsewhere could well be traced back to a fundamental unwillingness among men to apologize, or even perceive that they have anything to apologize for. Certainly many emails I have received from men over the years might have benefited from a Gmail plug-in pointing out the apology-shaped hole. The energy we expend in getting women to stop apologizing might be better spent encouraging men to start.

So perhaps instead of nagging women to scramble to meet the male standard, we should instead be training men and boys to aspire to women’s cultural norms, and selling those norms to men as both default and desirable. To be more deferential. To reflect and listen and apologize where an apology is due (and if unsure, to err on the side of a superfluous sorry than an absent one). To aim for modesty and humility and cooperation rather than blowhard arrogance.

It would be a challenge, for sure. Pity the human resources manager trying to sell a deference training course to male employees. She would need to paint all the PowerPoint slides black and hand out Nerf guns just to get started. As long as the threat of emasculation is a baseline terror for men, encouraging them to act more like women still instinctively feels like a form of humiliation.

Which is exactly why we need to try, because until female norms and standards are seen as every bit as valuable and aspirational as those of men, we will never achieve equality. Promoting qualities such as deference, humility, cooperation and listening skills will benefit not only women but also businesses, politics and even men themselves, freeing them from the constant and exhausting expectation to perform a grandstanding masculinity, even when they feel insecure or unsure.

So H.R. managers and self-help authors, slogan writers and TED Talk talkers: Use your platforms and your cultural capital to ask that men be the ones to do the self-improvement for once. Stand up for deference. Write the book that tells men to sit back and listen and yield to others’ judgment. Code the app that shows them where to put the apologies in their emails. Teach them how to assess their own abilities realistically and modestly. Tell them to “lean out,” reflect and consider the needs of others rather than assertively restating their own. Sell the female standard as the norm.

Perhaps some capitulation poses in the bathroom before a big meeting might help.

Ruth Whippman, the author of “America the Anxious,” is working on a book about raising boys.