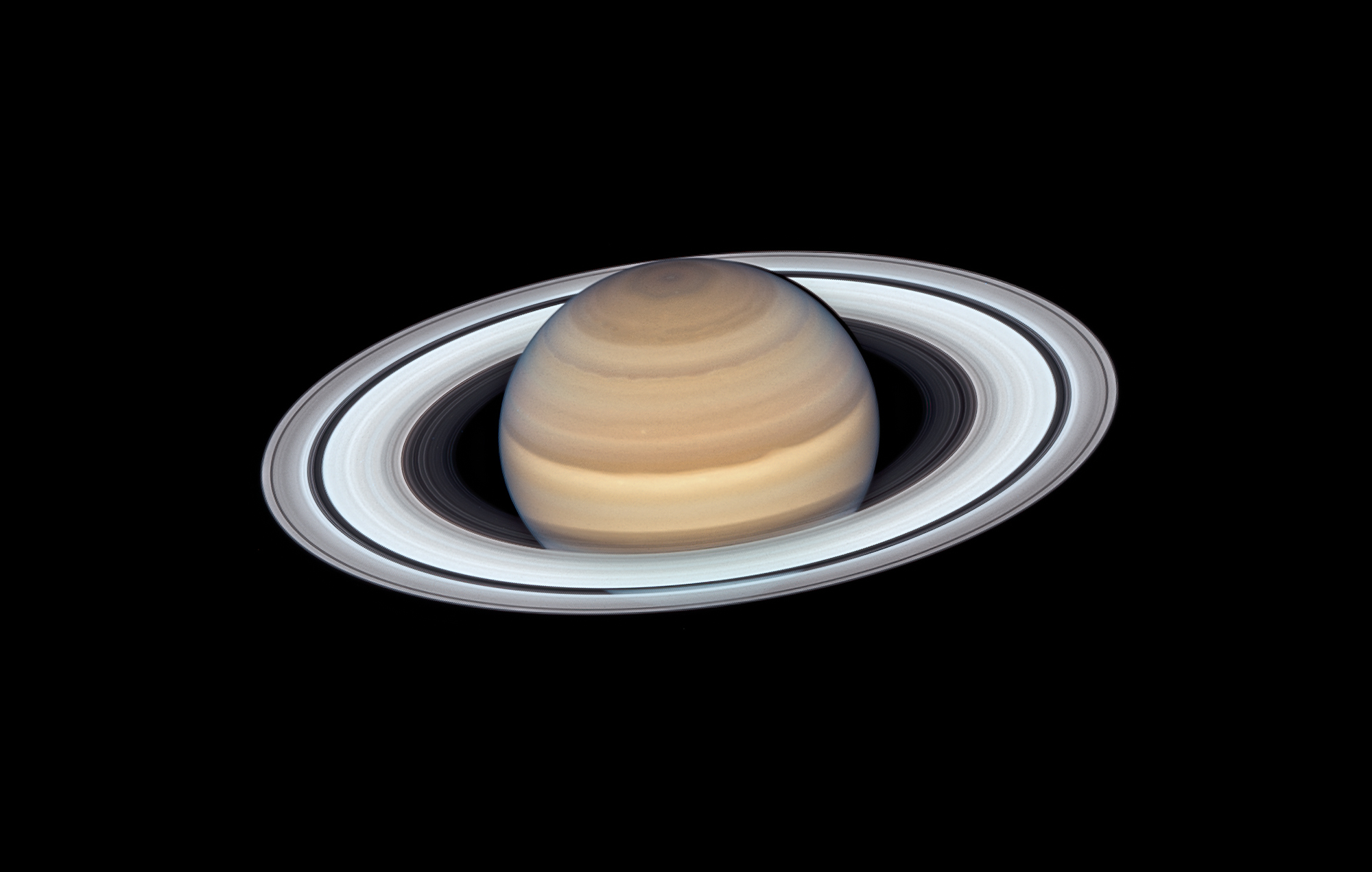 The rings of Saturn can be an awesome sight through a telescope, and when you’ve got the most iconic space telescope at your disposal, the view is absolutely jaw-dropping. Case in point: this amazing new view from the Hubble Space Telescope.

NASA and the European Space Agency unveiled the new Saturn portrait today (Sept. 12). The image was taken on June 20 by Hubble’s Wide Field Camera 3 as Saturn was about 845 million miles (1.36 billion kilometers) away.

It’s the second in a series of annual photos for the Outer Planets Legacy project by scientists studying the gas giant planets of our solar system. “In Saturn’s case, scientists are tracking weather patterns and other changes to identify trends,” NASA and ESA officials said in an image description.

That science is all well and good, but to the casual viewer, it’s the beauty of Saturn that reigns supreme in the new image.

“Saturn hosts many recognizable features, most notably its trademark ring system, which is now tilted towards Earth,” NASA/ESA officials wrote in the image description. “This gives us a magnificent view of its bright icy structure.”

And then, there’s Saturn’s bizarre hexagon, a target of truly perplexing geometry. The weird hexagon-shaped phenomenon encircles Saturn’s north pole and was first spotted by NASA’s Cassini spacecraft in 2007. Cassini orbited Saturn from 2004 to 2017.

“It is a mysterious six-sided pattern caused by a high-speed jet stream,” NASA/ESA officials added. “The hexagon is so large that four Earths could fit inside its boundaries (there is no similar structure at Saturn’s south pole).”

Four of Saturn’s moons (which number 62 in all) are visible in the new Hubble portrait. Among them is Mimas, the “Death Star” moon — so called because its massive Herschel crater gives it a look akin to the fictional moonlike space station from “Star Wars.”

The other Saturnian moons spotted by Hubble are icy Enceladus, which harbors geysers and a vast water ocean under an icy shell; Janus, a potato-shaped moon covered in craters; and Tethys, an icy round moon with weird red arcs of material on its surface.

Finally, there’s Saturn itself, which shines like a ruddy jewel in the black of space.

Saturn’s atmosphere gets its banded look from winds and clouds moving at different altitudes.

The Hubble Space Telescope launched in 1990 and is one of the most prolific space observatories of all time. The orbiting telescope typically gazes into the deepest expanses of space to make cosmic discoveries, but its camera eye can reveal surprising details about planets closer to home.

“Hubble’s high-resolution images of our planetary neighbors can only be surpassed by pictures taken from spacecraft that actually visit these bodies,” ‘NASA/ESA officials wrote. “However, Hubble has one advantage over space probes; it can look at these objects periodically and observe them over much longer periods than any passing probe could.”