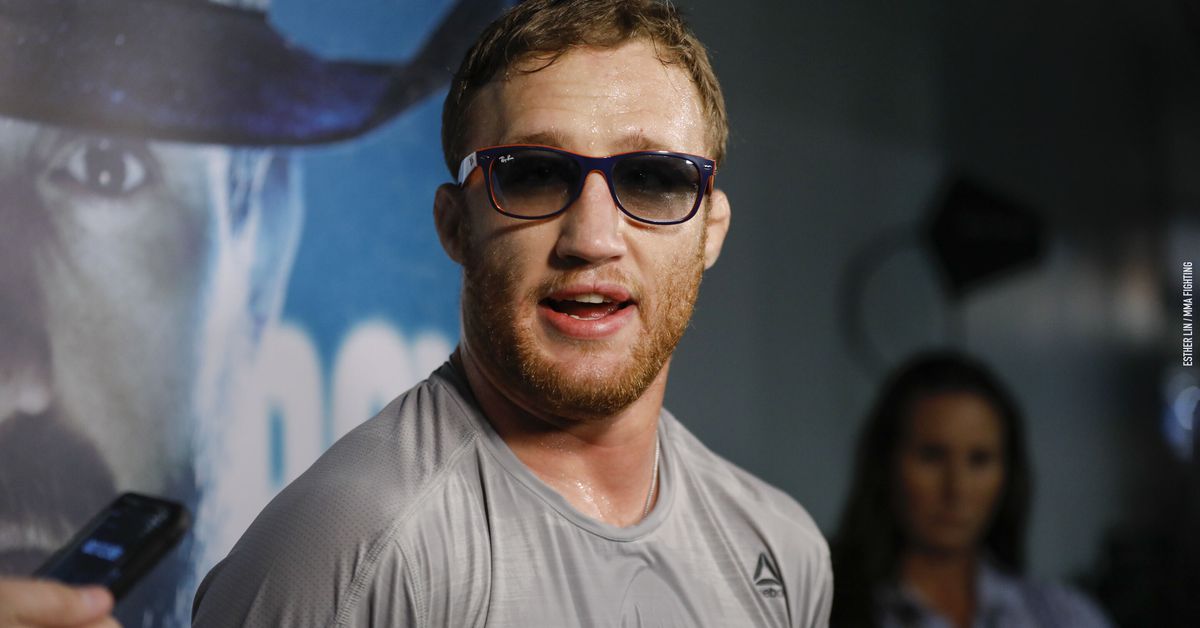 VANCOUVER, British Columbia — Justin Gaethje has been through some of the must brutal fights in MMA history, but a health issue almost took his next potentially thrilling clash out of his hands.

Speaking to the media at Wednesday’s open workouts at Rogers Arena, “The Highlight” revealed that he suffered an eye infection that could have potentially spoiled Saturday’s UFC Vancouver lightweight main event bout opposite Donald “Cowboy” Cerrone.

“I’ll be honest to everyone, I’m wearing these sunglasses because I almost didn’t make it to this fight,” Gaethje said. “I had an eye infection and I’m through that now and I just got off the plane about an hour and a half ago and I came straight here because I was not gonna miss this opportunity to work out and get the blood flowing and get my mind into fight week. So these lights are super bright, but I’m 100 percent ready to go.

“I’ve fought blind my whole life, so unless my eyes are cut out I’m fighting.”

Gaethje would not say when he was diagnosed with the infection, nor did he sound concerned with the even brighter lights he will have to deal with on Saturday potentially aggravating his condition. Though he made sure to don eyewear for his scrum following a typically spirited workout, Gaethje noted that it wasn’t anything worth worrying about.

“I’m seeing drastic improvements every day. This is just a precaution,” Gaethje said of his sunglasses. “I wanted to keep my eyes open for you guys.”

Given Gaethje’s history, it would not be out of character for him to play off any minor bumps, bruises, or maladies that might hinder other athletes. However, he expects his fight with Cerrone to end via knockout, win or lose, so his short-term health does not appear to be one of his immediate concerns.

Between the two of them, Gaethje and Cerrone have 24 fight night bonuses, with Cerrone holding the UFC record with 18 and Gaethje having won six in just five Octagon appearances. Asked for further reassurance that this fan-friendly fight was not in jeopardy, Gaethje was adamant that he is fine.