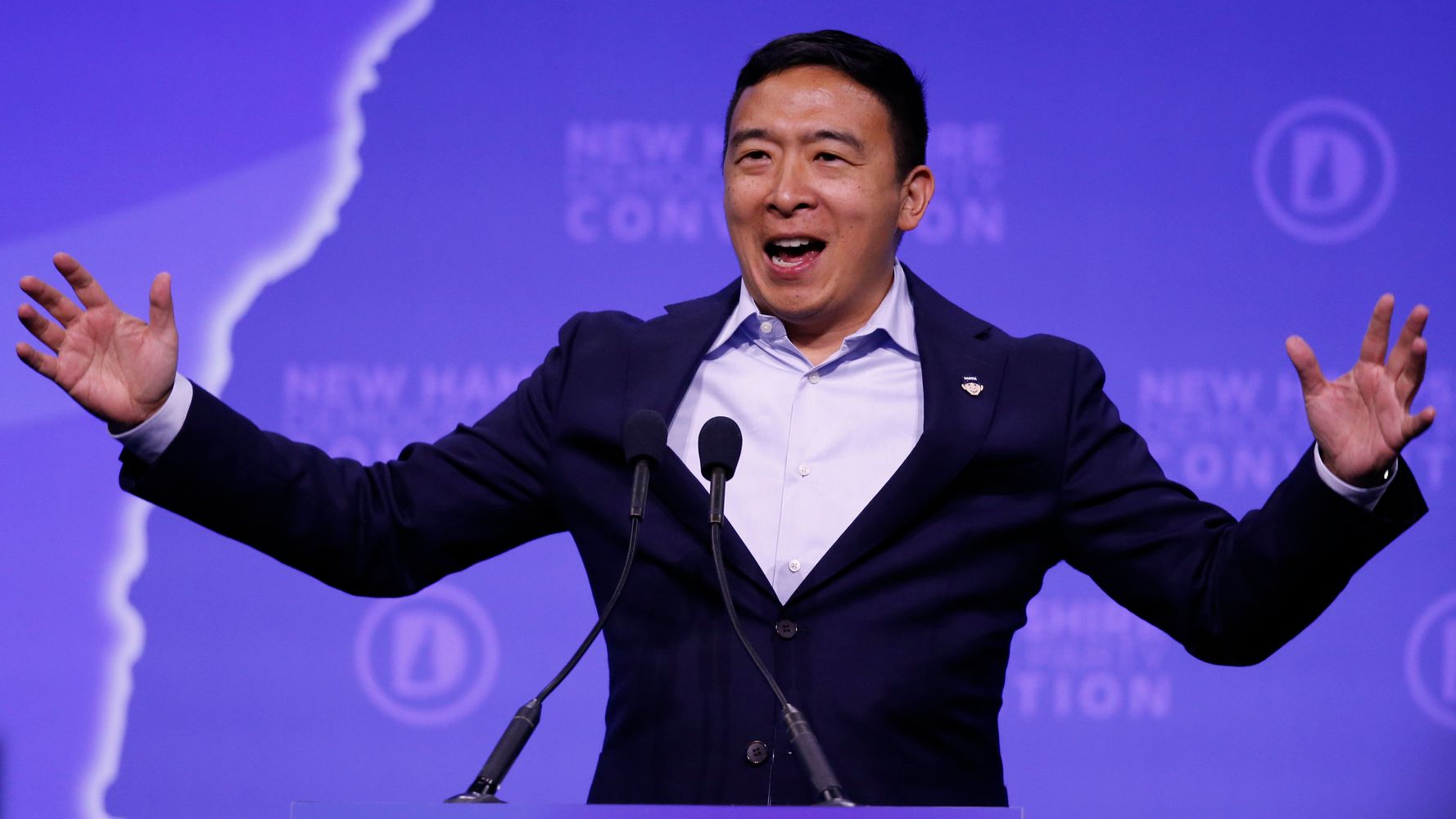 After a week that included crowd-surfing, slam-dunks and suspenseful tweets, it’s hard to know what to expect.

Yang was up in the polls this week when he clocked within the top six polling candidates Tuesday and has quite literally been riding the popularity wave, sharing footage on Sunday as he crowd-surfed at a California campaign event:

“He’s not getting a ton of media coverage, so he’s out there getting that attention for himself,” Noah said in the segment.

“Crowd-surfing, playing basketball, doing the cupid shuffle…. Only problem is, Andrew, you realize, you’re going to have to keep escalating your stunts.”

“At this rate, in six months he’s going to have to go full Tom Cruise,” Noah said.

Yang was quick to own it, sharing his own version of Noah’s clip alongside a hint there was something planned for Thursday’s debate:

He stoked the suspense throughout the week with other possible clues:

It seems to me that ninja-style headwear makes everything cooler.

For those wondering I will be crowdsurfing in sandals at Thursday’s debate.

When I see an eight-foot rim I know exactly what to do. 😀 pic.twitter.com/IFVB4EIiRH

Should Yang’s teases pan out on Thursday, it won’t be his first time sending shockwaves with his debate performance. He appeared without a tie in previous debates, making him the first male candidate to do so at a national debate on live television.

Help us tell more of the stories that matter from voices that too often remain unheard.