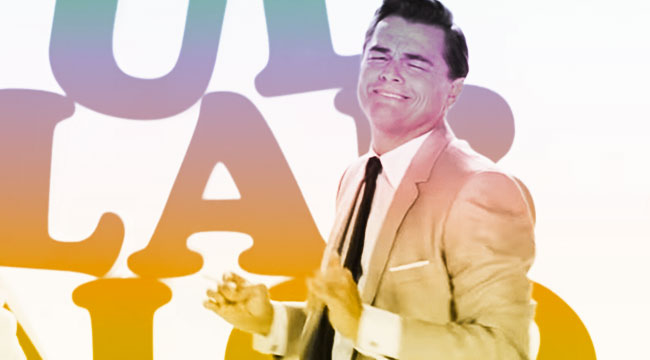 Once Upon A Time… In Hollywood takes place over three days in February and August of 1969. On the first of these days, Rick Dalton — TV cowboy, silver screen war hero, and aging actor played by Leonardo DiCaprio — sucks down a lot of whiskey sours. Spoilers warning, we guess, but ol’ Rick drinks no fewer than eight whiskey sours over the course of that single day.

The next morning isn’t ideal for Rick, as you might imagine. His hangover (and sugar crash) causes him to flub simple lines and have a full-on meltdown in his trailer. Which is bad news for an actor trying to scratch his way back to relevance but leads to the most enjoyable sequence in the movie for us, the audience. Looked at through a certain lens, whiskey sours power OUaTiH‘s second third.

The movie’s whiskey sour journey begins at the iconic Los Angeles steak and cocktail spot Musso & Frank Grill. As Rick’s stuntman, Cliff Booth (Brad Pitt), jacks up his own Bloody Mary with Tabasco and black pepper, Rick sips at a decidedly eggless whiskey sour in a utility rocks glass. The first sip brings about a grimace at best. After Rick’s fateful meeting with Al Pacino’s agent-extraordinaire, Marvin Schwarz, Rick retires to his Cielo Drive home to rehearse lines and drinks about seven more whiskey sours out of a large German stein while he floats in the pool.

We thought we’d take a deep dive into the whiskey sour to celebrate the film’s version of the drink. We’re going to breakdown how to make the eggless version Rick drinks at Musso & Frank Grill. Then we’ll dive into the egg white version Rick is seen making for his stein back home.

Lastly, we’ll throw in a high-end chef’d up version at the end for comparison’s sake. Dig? Cool.

PART I: Gather Your Ingredients 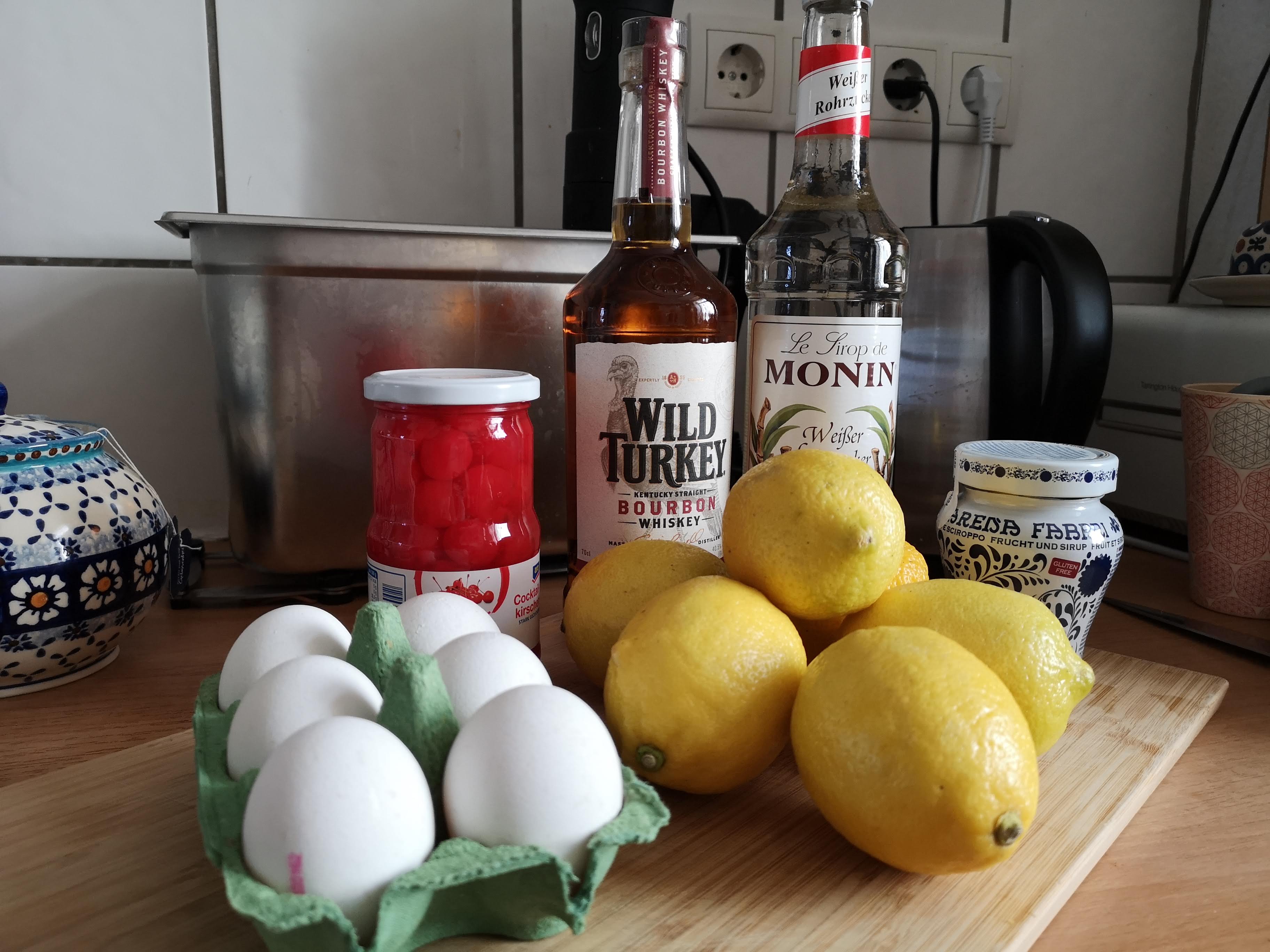 A whiskey sour is a combination of whiskey, fresh lemon juice, simple syrup, egg white, and ice. That’s it. Simple. Yet … this drink gets f*cked up so often. It’s just one of those drinks that’s hard to order with confidence, not knowing who’s shaking behind the bar. Are the eggs going to be fresh? Are they using real lemon juice? Has it been strained? What whiskey are they pouring? Are they going to bother with a dry-shake first?

See? We haven’t even started yet and we’re already deep in the weeds on this drink.

Before we get to technique, let’s go over what you’ll need here. I’m using a good, standard bourbon — Wild Turkey 80 proof Kentucky Straight Bourbon. I like the hints of baking spices, light burnt sugar notes, oaky vanilla, and hints of tartness. It’s a standard bourbon that gets the job done and fits in with the sugar and sour citrus profile we’re going to be working with.

Next, I use a high-quality raw sugar simple syrup. This is hard to re-negotiate with a whiskey sour. You can use gomme if you’re not down with the sugar cane. Switching out the sugar component to, say, honey will drastically change (and ruin) the flavor here. Look, processed sugar isn’t the best thing, but you’re also not drinking eight of these in a row like Rick … unless you are. Then expect Rick’s hangover.

Next, you’re going to need to make some lemon juice. Don’t buy lemon juice. Buy six or seven lemons, juice them, and then strain them through a sieve into a little bottle and set aside. Six large lemons should yield about eight ounces of juice. 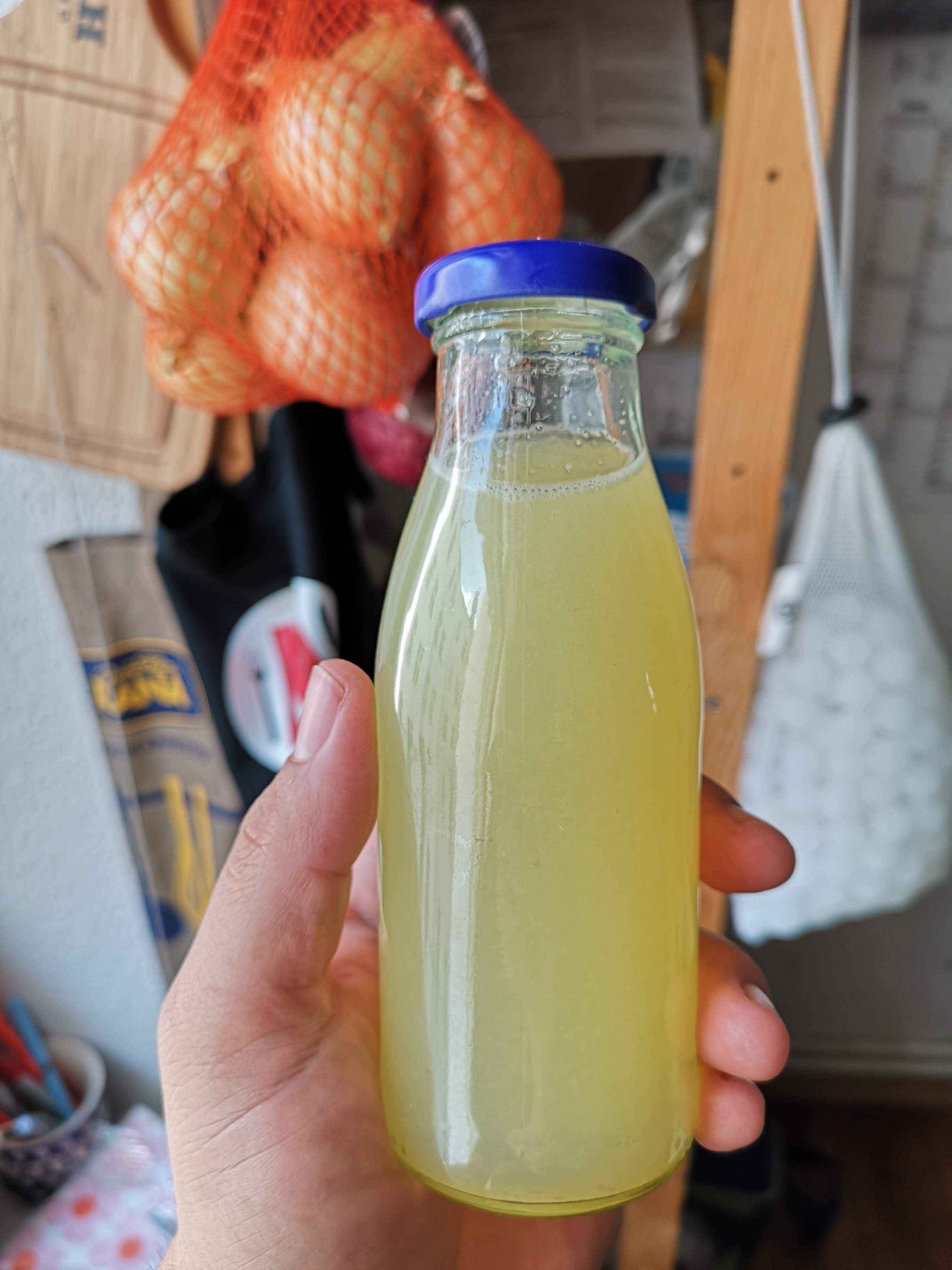